Colin Sheridan: What if we had a rival, breakaway championship?

Patrick Kelly: The road is long and hard, but I think this Cork group will make strides

Oisín McConville: 'Even if we had won, I’d have felt the same way. Penalties just doesn’t feel right'
 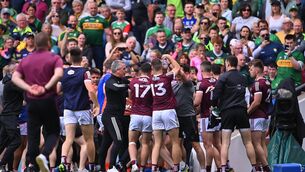