Impressive Munster romp into last 16 with convincing win over Wasps

Ronan O'Gara: Wales are a solid benchmark by which to judge Test credentials
#Munster Rugby
 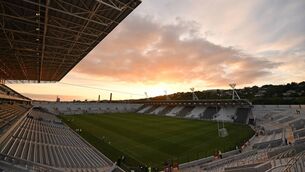