Harry Burton cartoon - Back To School 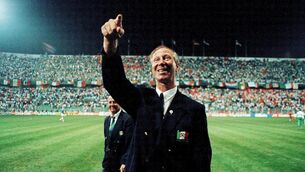