Victoria White kept thinking as she stared in horror at the security fencing which now surrounds the Puxley Mansion outside Castletownbere. She explains why.">
X 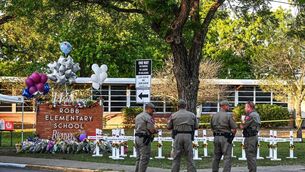