'They are being neglected': Report reveals hundreds of abuse cases against over 65s 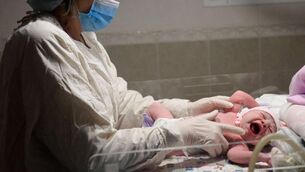