Oliver Mangan: Markets are not convinced that inflation will fall back to 2% 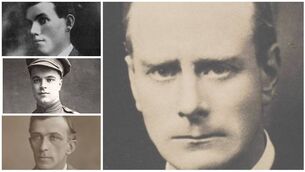