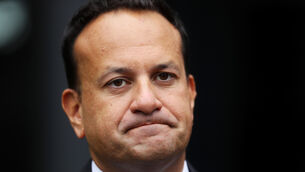 Tánaiste saysrelations have 'never been as bad' with British government ministers