John Major: 'Every effort' must be made to ensure protocol dispute is solved 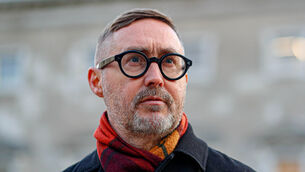