Committee to be told concrete levy will add €1,200 to cost of new three-bed home 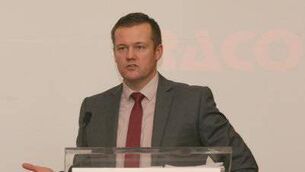