'Goodbye Cian', woman says as her brother is jailed for sexually abusing her when she was seven 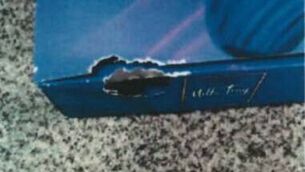