Joyce Fegan: What the word of 2022 reveals about us

Ice warning as temperatures to plunge across the country 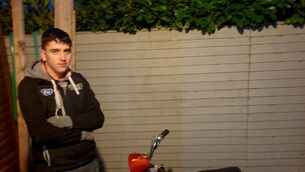