Health workers take to the picket lines in Northern Ireland 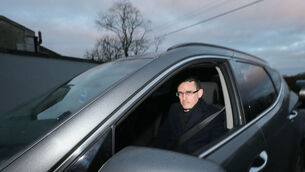