Joyce Fegan: Barra hit hard, but it was also a pause for thought 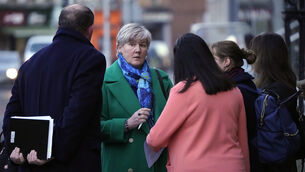