Gus was being treated for cancer at the local veterinary clinic, the nine-year-old missed him so much he would sit in the dog’s empty basket after school.">
X
Áilín Quinlan
     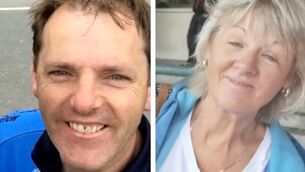