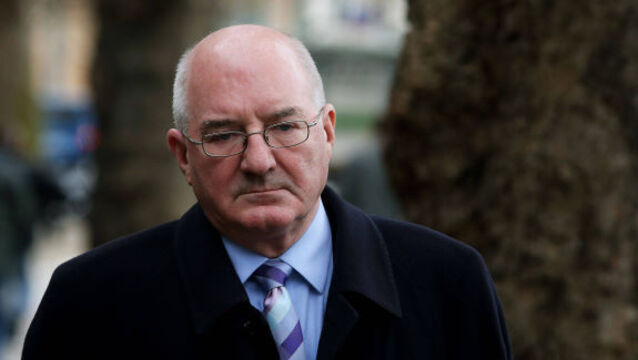 Former Anglo Irish Bank executive Willie McAteer will not serve any extra time in prison for receiving a fraudulent loan in September 2008 in order to keep the bank from failing. 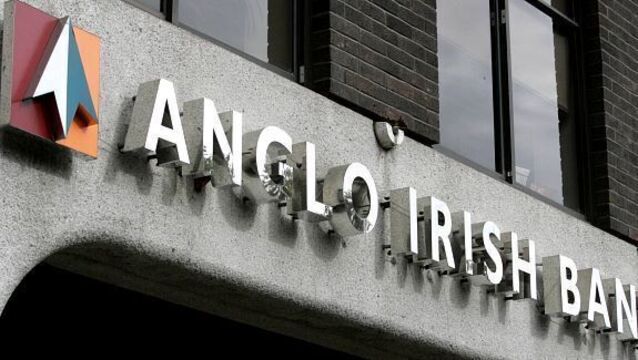 Anglo engaged in €7.2bn deal after 'bad month' for the bank, court told

Anglo Irish Bank engaged in a €7.2bn back to back deal to boost their balance sheet for the year ending September 2008 because it was such a bad month for the bank, a court has heard.

David Drumm was &quot;freaked out&quot; when he phoned his bankruptcy lawyer having learned of concerns over unreported cash transactions between him and his wife.

A lot of errors in documents, admits David Drumm

Garlic man wheeled out as righteous outrage sweeps the land

THE garlic man has resurfaced. So has our old pal — mandatory minimum sentences. All in the name of anger looking for a home.

The three leading defence counsel in the Anglo trial shared over €1m (including Vat) in State fees for their work in the criminal courts.

Saga set to drag on long after end of Anglo trial

It looks like the Anglo trial is all over bar the sentencing but, in reality, the saga has a long way to go before it has exhausted public interest and ceased to be in the public interest.

Anglo Trial: Brave decision by the jury pushed back against the national mood

Can you imagine the outcry if charges had been preferred against Anglo executives but not Seánie?

The acquittal of bankrupt former banker Seán FitzPatrick has not ended his struggles with the criminal justice system.

Anglo duo to get soft sentences

The first two people to be convicted of crimes related to the collapse of Anglo Irish Bank are likely to receive softer sentences because of the role the financial regulator&rsquo;s office played in their activity.

Skilled lawyers duelled while the jury was kept out

A significant portion of the 11-week trial was taken up by sometimes heated argument in the absence of the jury focusing on the issue of legal advice taken by Anglo at the time of the Maple plan.

Deep-seated fears in the public mind, verging almost on suspicion, that bankers would ‘get away with it’ after being directly involved in the kind of financial crisis which brought this country to its knees, have finally been dispelled.

At the Greencore AGM in May 2005, a group of dissident and highly vocal shareholders lashed out at the then CEO David Dilger over the company’s sluggish growth performance.

Painting by numbers: The cost and the pain of Anglo turbulence

The devastation wreaked on boom-to-bust Ireland by the collapse of Anglo was barely touched on in the landmark fraud trial.

The sequence of events leading up to the offences can be traced back to a meeting in a Navan hotel in September 2007 involving Ireland’s then richest man and two Anglo Irish Bank directors.

THE impact the collapse of Anglo Irish Bank has had on the country has been complex but the criminal trial that emerged from it was strangely simple.

Anglo Trial: Ex-directors set to be sentenced on April 28

The sentence hearing of former Anglo Irish Bank directors Pat Whelan and William McAteer will take place on April 28 following their conviction on charges of providing illegal lending to the Maple Ten for a share support scheme.

Former Anglo Irish Bank chairman Seán FitzPatrick has been acquitted on all counts of permitting illegal lending for the purchase of Anglo shares.

Former Anglo Irish Bank chairman Seán FitzPatrick told gardaí he was aware the bank would be lending money to the Maple Ten group of investors before the allegedly illegal transaction went through.

The former finance director of Anglo Irish Bank told gardaí he was involved in the allegedly illegal Maple Ten deal but denied he was “instrumental” in it.

Three former directors of Anglo Irish Bank have given evidence that they instructed the bank’s CEO to immediately inform the financial regulator that Sean Quinn controlled 25% of their shares.

The Financial Regulator's office has been accused of 'cheerleading' an allegedly illegal loans for shares deal by Anglo Irish Bank.

A former in-house lawyer for Morgan Stanley has told a court the English financial regulator deferred to the Irish regulator in relation to the so called “Maple Transaction” in July 2008.

The former head of compliance with Anglo Irish Bank has been granted immunity from prosecution by the DPP, a court has heard.

The former chief executive of Anglo Irish Bank raised the possibility of there being a “legal issue” surrounding the bank lending money to buy its own shares, four months before the allegedly illegal Maple Ten deal.

A building developer who was one of the so-called Maple 10 lenders has told the trial of three former Anglo Irish Bank executives that the bank approached him and said an opportunity had come up.

A director at Anglo Irish Bank was left “speechless” after a representative from the financial regulator suggested the bank consider releasing the Quinn Group from a €250m guarantee.

One of the biggest trials in Irish legal history begins today when three former bankers face charges of trying to inflate the share price of the now-defunct Anglo Irish Bank.

Anglo trial set to be longest in Irish history

ONE of the biggest trials in Irish legal history gets under way today, when three former bankers face charges of trying to inflate the share price of the now-defunct Anglo Irish Bank.