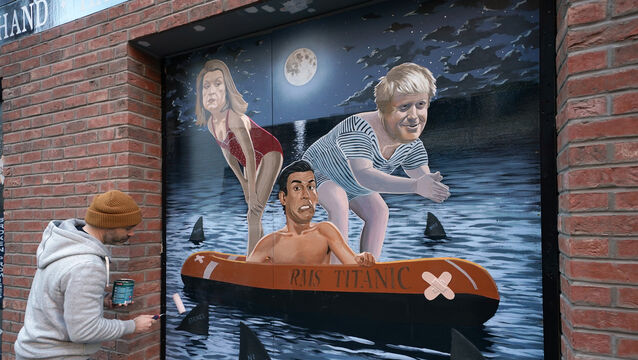 The boxing-themed artwork gained international attention when it appeared in the city’s Cathedral Quarter earlier this year. 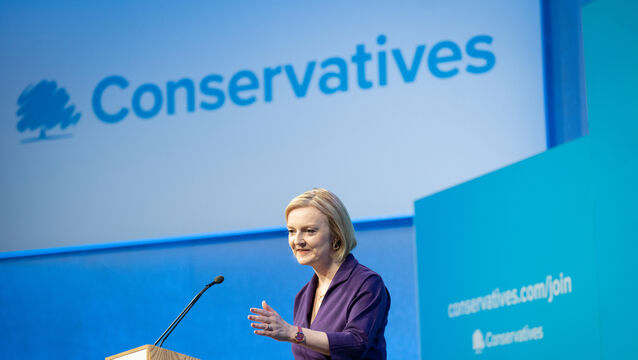 The crisis has prompted Labour and other opposition parties to call for a recall of Parliament, so MPs can hear from the UK government's plans to restore market confidence 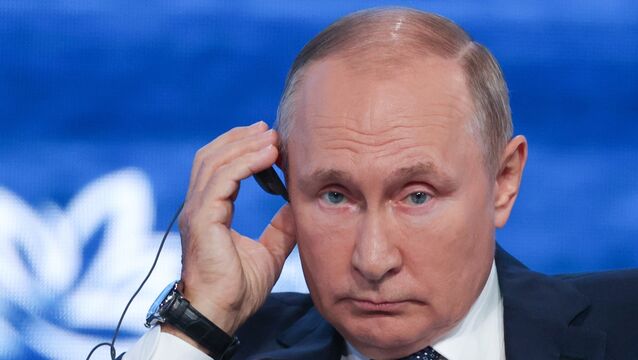 She will now head to Downing Street to deliver her first speech in office, just hours after Boris Johnson used his farewell address to pledge “fervent support” to his successor

Priti Patel has quit as Home Secretary, following the election of Liz Truss as the new Conservative Party leader.

Who is the new British prime minister Liz Truss?

Liz Truss will take over the reins from Boris Johnson as the third female prime minister in Britain's history.

Leader of the European Union have said they look forward to a “constructive relationship” with incoming British sprime minister Liz Truss, as world leaders congratulated her on her Tory leadership victory.

The EU has urged Liz Truss to fully respect the Brexit deal as it stressed the need for a constructive relationship between London and Brussels.

Liz Truss promised a “bold plan” to cut taxes, deal with the energy crisis and deliver a Tory victory in 2024 as she prepares to take office as Britain's next prime minister.

Liz Truss can achieve a “sensible compromise” on the Northern Ireland Protocol if she softens her approach on the contentious post-Brexit trading arrangements, Simon Coveney has said.

Boris Johnson’s tenure as PM: How it compares to his predecessors

Boris Johnson leaves Downing Street having narrowly managed to clock up more days in the job than his immediate predecessor, Theresa May.

Almost half of the public think Boris Johnson has done a bad job as British prime minister, the worst rating of any post-war British leader, a new poll has found.

Liz Truss pulls out of interview with BBC’s Nick Robinson

Liz Truss has pulled out of an interview with veteran political journalist Nick Robinson which was due to air on Tuesday.

The widow of Nobel Peace Prize winner David Trimble has backed Liz Truss in the leadership race saying she is confident that her late husband’s legacy of peace in Northern Ireland “will be safe with her”.

She told party members that until the Northern Ireland Protocol is sorted, Stormont will not be back up and running

There were mixed views from members of the Conservative Party in Northern Ireland after hearing from the two candidates to become the next leader.

Ms Truss stressed the need to reduce checks on goods staying in the UK and to “make sure that the people of Northern Ireland are able to benefit from the same tax rates as the people of Great Britain”.

Tory leadership contender Liz Truss’s claim that British workers need to produce “more graft” are “grossly offensive”, Labour has said. Ms Truss can be heard to make the claim in a leaked audio recording obtained by The Guardian.

Downing Street was unable to confirm on Monday whether the British prime minister would be returning to work from No 10 after his latest holiday.

Liz Truss has branded proposals to agree support for rising energy bills with the Government and Rishi Sunak before the Tory leadership contest is over as “bizarre”.

Rishi Sunak bragging about working to divert funding from “deprived urban areas” towards more prosperous towns has divided Tory figures, with Labour labelling it as “scandalous”.

Rishi Sunak appears to have lost ground in the Tory leadership race but a reported ballot delivery delay over security concerns could give him more time to make an impression before votes are cast.

Conservative Party members leaving the first Tory leadership hustings in Leeds said they were relieved both candidates came across as potential Prime Ministers.

Rishi Sunak and Liz Truss have trashed each other’s economic plans as the blue-on-blue attacks intensified during their first head-to-head TV showdown.

Mr Sunak also promised to give Parliament control over who comes to the UK by creating an annual cap on the number of refugees accepted each year, albeit one that can be changed in the case of sudden emergencies

Rishi Sunak has claimed the current evidence suggests the Conservatives would suffer a defeat at the next general election under Liz Truss’s leadership.

Change of PM could herald ‘new start’ in Brussels-London relationship

The EU is hopeful a change in UK prime minister will herald a “new start” in relations between Brussels and London, the Foreign Affairs Minister has said.

UK Conservative voters want Rishi Sunak and Liz Truss to focus on the cost of living and immigration as they bid for the support of the party membership, a poll has found.

Rishi Sunak or Liz Truss: How will the Tories select a winner?

Either Liz Truss or Rishi Sunak will become the next British prime minister after Tory MPs put them into the final round of the Conservative leadership election.

Truss and Sunak agree to Sky News head to head

Liz Truss and Rishi Sunak have signed up to a Sky News debate after an earlier televised appearance was cancelled in the wake of fiery clashes between the candidates.

Who are the people who will choose the next British prime minister?

For the second time in three years, tens of thousands of Conservative Party members will have the chance to choose the next British prime minister.

Tory MPs have cast their final votes in a bitter leadership contest that has seen Liz Truss and Penny Mordaunt battle it out to face Rishi Sunak in a run-off to be the next British prime minister.

Liz Truss: I am only the person who can deliver change in line with Tory values

Liz Truss has declared she is the “only person who can deliver the change” the UK needs which is in “line with true Conservative principals”.

Who is still in the race to be the UK’s next prime minister?

The race to replace Boris Johnson as the UK’s next prime minister is hotting up. Here are the candidates left in the Tory leadership contest following the penultimate ballot. – Rishi Sunak {element} Age: 42.

Rishi Sunak’s place in the final two of the Tory leadership race looked increasingly secure on Monday, with Penny Mordaunt still clinging on to second place as the contest intensifies.

Sunak and Mordaunt still ahead in contest to become Tory leader

Rishi Sunak remains the frontrunner after the third round of the Tory leadership contest, with Penny Mordaunt still in second place amid an increasingly bitter contest.

Rishi Sunak has again insisted inflation must be brought under control before the UK government can cut taxes, following a bruising clash with Tory leadership contenders Penny Mordaunt and Liz Truss.

Trans rights, the net-zero carbon target, and whether Boris Johnson is honest were key talking points during the first Tory leadership debate.

Penny Mordaunt has clashed with Tory leadership rivals Liz Truss and Kemi Badenoch as they challenged her record on trans issues in the first TV debate of the contest.