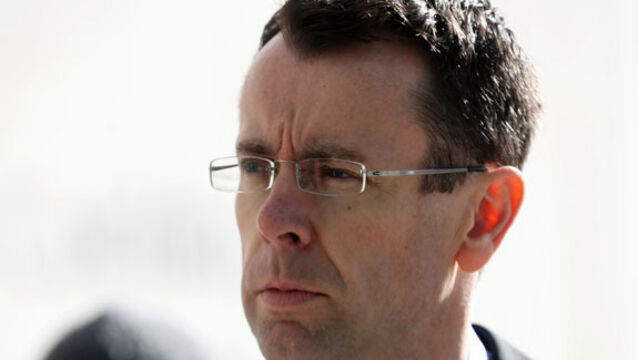 Ex Anglo exec says he was 'not aware €7.2bn ILP transactions were cash exchange with no security' until after the fact

The former head of group finance at Anglo Irish Bank said he was not aware that €7.2bn transactions with Irish Life and Permanent were “a straight exchange of cash with no underlying security” until after they had taken place. 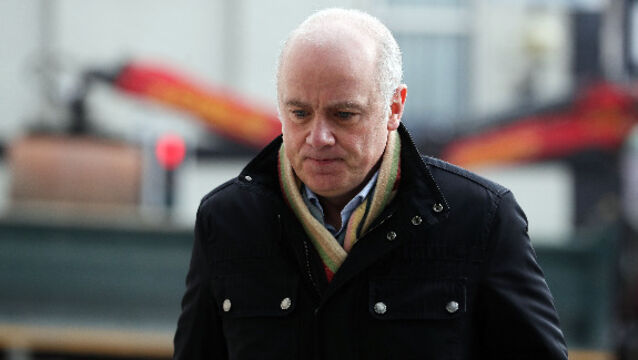 Drumm also said he intended to go to “that fucking shower of clowns down in Dame Street,” to look for emergency funding for the bank, his trial has heard. 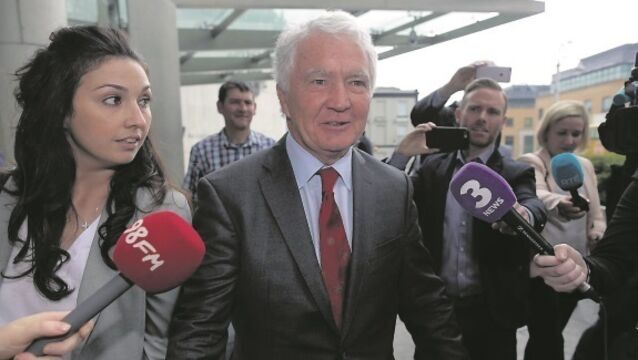 The State&rsquo;s botched investigation against ex-banker Se&aacute;n FitzPatrick was undermined by the fact that untrained officials were tasked with taking key evidence because other prioritised Anglo investigations were draining vital resources.

Willie McAteer sentenced for fraudulent Anglo loan, but gets no extra prison time

Evening briefing: Michelle O'Neill appointed as Sinn Féin leader in Stormont. Catch up on the headlines

Good evening. Here&rsquo;s all the news you need to know.

A former director of Anglo Irish Bank has pleaded guilty to an offence of failing to maintain a register in respect of the granting on September 29, 2008, by the bank of a loan on particular terms to another director of the bank.

McAteer admits to fraud in getting €8m Anglo loan

Budget Travel icon Gillian Bowler described as ‘ahead of her time’

Tributes were yesterday paid to businesswoman Gillian Bowler, who has died aged 64.

The regulatory board overseeing auditors has signalled it will not reopen its investigation into the quality of audits of banks just before the crash, despite damning criticism from the judge who yesterday jailed three banking executives.

Donegal native Willie McAteer graduated from UCD with a BA in commerce and a master&rsquo;s in business studies.

Three former banking executives convicted of taking part in a &euro;7bn fraud will be sentenced on Friday.

A friend of Denis Casey has described the former CEO of Irish Life & Permanent as an “ethical person with the height of integrity”.

The former group chief executive of Irish Life and Permanent Group has been convicted of a &euro;7.2bn conspiracy to defraud.

The former Group Chief Executive of Irish Life and Permanent Group has been convicted of a €7.2bn conspiracy to defraud.

A jury has acquitted the former finance director of Irish Life and Permanent (IL&amp;P) of helping Anglo Irish Bank defraud the markets in 2008 in a &euro;7.2bn scheme.

Two former executives from Anglo Irish Bank have been found guilty of conspiring to defraud the public in 2008.

A juror who sat through the longest criminal trial in the State&rsquo;s history has been hospitalised and will not be able to conclude deliberations.

The jury in the trial of four former bank executives accused of conspiring to defraud has suspended its deliberations after a juror became ill this morning.

Jury out in trial of bank executives

The jury in the trial of four former bankers accused of conspiracy to defraud in 2008 has begun its deliberations.

A jury in a conspiracy to defraud trial has been asked to consider the fact the financial regulator knew about the so-called “back-to-back transactions”.

An accounting expert has denied being confused about “labyrinthine” accounting standards while giving evidence at the trial of four former bankers accused of conspiring to mislead investors.

The chief actuary with Irish Life has said his hair stood up when he heard that the assurance company had transferred billions of euro to Anglo Irish Bank, a court has heard.

A man has been excused from serving on the jury in the ongoing trial of four former executives from Anglo Irish Bank and Irish Life and Permanent (ILP).

The trial of four former bankers accused of conspiring to defraud investors in Anglo has been hearing about its poor relationship with other Irish banks.

The trial of four senior bankers accused of conspiring to mislead investors has gone into legal argument until Thursday.

Anglo Irish Bank management discussed disguising short-terms loans of &euro;750m from Irish Life and Permanent and keeping the details &ldquo;tight as a duck&rsquo;s arse&rdquo;, the trial of former banking executives has heard.

Anglo Irish Bank went to the Central Bank for &euro;1bn in emergency funding at the same time the bankers were allegedly processing &euro;7.2bn in a conspiracy to mislead investors, a court has heard.

Drumm may give video link evidence

The banking inquiry is to decide on Monday whether to allow former Anglo chief executive David Drumm to give evidence from the US by video link next Wednesday to get around legal issues with his return to Ireland.

Ex-taoiseach Bertie Ahern has insisted he was never told about the specifics of developer Se&aacute;n Quinn&rsquo;s issues with Angle Irish Bank &mdash; despite a private meeting at his home with Brian Cowen days after the 2008 St Patrick&rsquo;s Day stock exchange &ldquo;massacre&rdquo;.

All but one of the Anglo Irish officials central to the economic crash are set to escape any public banking inquiry grilling over their role in the financial scandal.

Former financial regulator Patrick Neary still believes all banks were &ldquo;solvent&rdquo; on the night of the bank guarantee, despite admitting that his repeat of the view in an infamous Prime Time interview three days later was &ldquo;optimistic&rdquo;.

Two former Anglo Irish Bank executives have been sent forward for trial in connection with an alleged fraudulent &euro;8m loan.

The family of bankrupt businessman Sean Quinn is to receive a transcript of the trial of three former Anglo Irish Bank executives to use in two upcoming civil actions.

Two former bankers with the defunct Anglo Irish Bank are to stand trial foralleged fraud over an €8m loan arranged for one of them.

Two former directors of Anglo Irish Bank have been charged in relation to an alleged €8m fraud at the former lender.

Two former executives at the defunct Anglo Irish Bank will serve 240 hours community service for their role in an illegal lending plot.

Trial of four bankers in Anglo case set for 2016

A date in early 2016 has been set for the trial of four former bankers accused of conspiring to mislead Anglo Irish Bank investors in relation to €7.2bn worth of transactions.

Four bankers due in court over Anglo conspiracy

Four former bankers are due before Dublin Circuit Criminal Court accused of taking part in a €7.2bn conspiracy to dupe investors by inflating deposits at Anglo Irish Bank.

The Former Finance Director of Anglo Irish Bank - Willie McAteer - has been charged in connection with an alleged conspiracy to transfer over €7bn in a bid to inflate Anglo's deposits and mislead the bank’s investors.

Director of corporate enforcement Ian Drennan has hailed as a success his office&rsquo;s long-running investigation into business practices at the former Anglo Irish Bank.

The governor of the Central Bank has said he agrees with a judge’s withering attack on the former financial regulator over a loans-for-shares scam at Anglo Irish Bank.