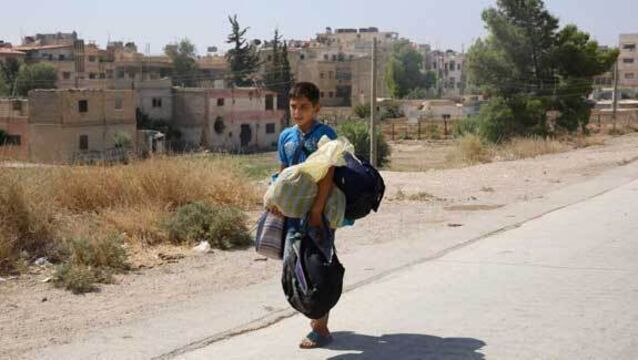 Russia has proposed that a two-day round of Syrian peace talks should start on July 4. 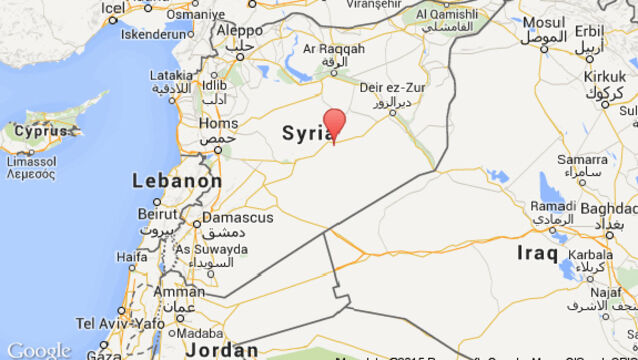 Syria denies US allegations of 'depraved' mass executions at prisons 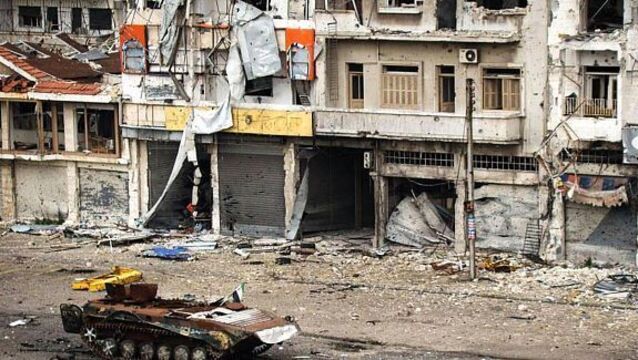 Syrian government forces have launched a counter-offensive under the cover of air strikes in an attempt to regain control of areas they had lost to insurgents the day before in Aleppo, activists and state media said.

Taoiseach Enda Kenny is among a growing number of European leaders demanding tougher sanctions on Russia.

The little boy who became the face of Syria&rsquo;s suffering after a video of his bloodied face went viral has been reunited with his parents.

Air strikes by the US-led coalition have killed 28 civilians, including seven children, in a village in northern Syria held by the Islamic State group, according to activists.

A Save the Children-backed maternity hospital in an opposition-held area of northern Syria has been bombed, with casualties reported, the charity has said.

Major powers sought at talks to re-impose a ceasefire across Syria and ensure aid reaches besieged areas, with Moscow and Washington deeply divided over the fate of President Bashar al-Assad and violence rumbling around the country.

World and regional powers have agreed to try and turn a fragile truce in Syria into a comprehensive ceasefire.

279 civilians killed on both sides in Syrian city since April 22.

US Secretary of State John Kerry said &ldquo;several proposals&rdquo; aimed at finding a way to restore at least a partial truce in Syria are being discussed, amid continuing attacks in the city of Aleppo.

A wave of air strikes and shelling killed more than 60 people in less than 24 hours in the Syrian city of Aleppo, said monitors and activists.

Election in Syria dismissed as ‘sham’

Syrians are voting in a parliamentary election in government-held areas of the country.&nbsp;

Islamic State (IS) militants have abducted 300 cement workers and contractors in an area north-east of Damascus, Syrian state TV reported as fighting elsewhere in the country also worsened.

More than 80% of Syria&rsquo;s children have been harmed by the country&rsquo;s conflict, including growing numbers who are forced to work, join armed groups, or marry young because of widening poverty, the UN children&rsquo;s agency said.

The European Union police agency says authorities dealing with Europe&rsquo;s migrant crisis have lost track of about 10,000 unaccompanied children over the last 18 months amid fears that organised crime gangs are beginning to exploit the vulnerable youngsters.

Peace talks aimed at ending Syria&rsquo;s five-year civil war got off to a chaotic start yesterday, with the main opposition group at first boycotting the session, then later agreeing to meet with UN officials.

Indirect peace talks aimed at resolving Syria’s five-year conflict have begun at the UN headquarters in Geneva, without the participation of the main opposition group.

The Syrian opposition cast doubt on whether it would go to peace talks planned for Friday &mdash; throwing UN diplomatic efforts into question as it accused the US of adopting unacceptable Iranian and Russian ideas for solving the conflict.

‘Syria will not make new concessions at talks’

The Syrian government will not make new concessions in future peace talks.

UN issue defining terrorists in Syria 'against whom combat is allowed'

A UN plan to suspend Syria&rsquo;s nearly five-year-old civil war calls for listing which militant groups may be fought despite an eventual ceasefire, one of the toughest issues vexing diplomats trying to end the conflict.

Turkey warns Russia not to ‘play with fire’

Turkish president Tayyip Erdogan yesterday warned Moscow not to &ldquo;play with fire&rdquo;, citing reports that Turkish businessmen had been detained in Russia, while Moscow responded with tighter visa regulations.

President Bashar Assad has a &ldquo;pivotal&rdquo; role to play in the war on terrorism and in any political settlement to Syria&rsquo;s devastating civil war, a senior Iranian official said.

Actress Angelina Jolie has pleaded with world powers to help the millions of Syrian refugees, sharply criticising the UN Security Council for being paralysed by its division over Syria&rsquo;s four-year conflict.

Syrian rebels and government forces have started observing a 10-day truce in the last rebel-held area of the central city of Homs, marking another setback for opposition fighters, activists said.

The Syrian government has agreed “in principle” to a UN envoy’s call for local ceasefires to try to ease the worst fighting in the country’s civil war but needs more details before it can make a final decision, an official said.

Thousands of people &quot;will most likely be massacred&quot; if Kobani falls to Islamic State fighters, a UN envoy said, as militants fought deeper into the besieged Syrian Kurdish town in full view of Turkish tanks that have done nothing to intervene.

Afghans have rioted for a second day over the burning of a Koran in the US, killing nine people in Kandahar and injuring more than 80 in a wave of violence that underscored rising anti-foreign sentiment after nearly a decade of war.

AT least eight foreign UN workers were killed, two of them beheaded, yesterday in the northern Afghan city of Mazar-i-Sharif after a demonstration against the burning of Korans by a US preacher, a regional police spokesman said.

The number of civilians killed or wounded in the Afghan conflict rose 31% in the first six months of the year, and anti-government forces caused about three-quarters of the casualties, the United Nations said in a report today.

United Nations Secretary-General Ban Ki-moon today welcomed the reduction in attacks across Iraq and called for similar improvements in the political arena.

ISRAEL threatened Syria yesterday after Hizbollah guerrillas in Lebanon fired anti-aircraft shells that killed an Israeli teenager on Israel’s northern border, but said it hoped to defuse tension through diplomacy.