Former Solidarity TD Ruth Coppinger said she was 'very cynical' about the proposed law, saying the housing crisis needed to be sorted to address the issue of why landlords can offer such arrangements because of high rents 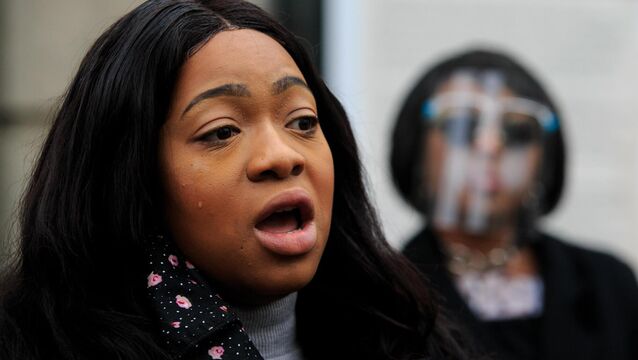 Calls have been made for a public inquiry into the death of George Nkencho as his family say he “needed help, not bullets". 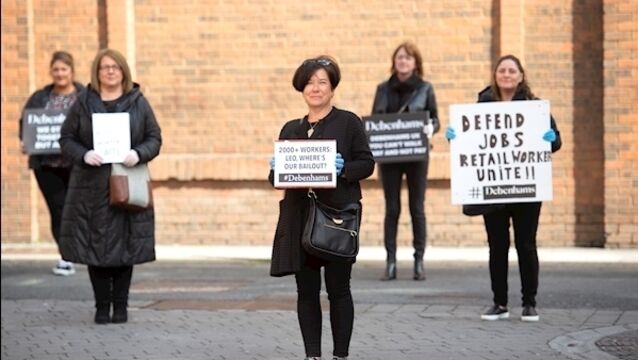 Q&A: What happens when the new Dáil sits next week

Alison O'Connor: Same old territory for the election of women

It's been a “change” election in so many ways, but one certainty we cling to is that we’re stuck in the same old territory when it comes to the election of women to the Dáil.

Count centres across the country have reopened this morning as Day 2 of the count gets underway.

Solidarity-People Before Profit look set to have a disappointing election and possibly only return two or three of its five outgoing TDs.

If elected in two constituencies Casey will represent Donegal

General election candidate Peter Casey says he will represent Donegal if elected to the 33rd Dáil.

In 2020, Eamon Ryan will be Tánaiste and the general election result will be so close to 50:50 that the two main political parties will end up with 50 seats each. Those are my predictions for 2020.

The financial and governance farrago which has engulfed the Football Association of Ireland could see the country’s international teams and the League of Ireland driven out of existence.

Women's Aid say that six women have been killed this year in domestic violence incidents.

Transport Minister Shane Ross has ruled out free public transport for all to help tackle climate change claiming it would be far too costly.

Independent TD Noel Grealish has been accused of “disgraceful racism” after suggesting money being sent from Ireland by Nigerian migrants could be the proceeds of crime or fraud.

Independent TD Noel Grealish has been accused of "disgraceful racism" after raising questions in the Dáil around money being sent home by migrants.

Zoos may be required to provide inspectors with copies of inventories showing how many animals died in their care from next year, following a move by Tayto Park that kept the information out of the public domain.

The rape crisis centre’s 24-hour helpline has received many calls from women complaining about the inappropriate behavior of landlords.

Housing Minister Eoghan Murphy has confirmed he will investigate the scale of "sex for rent" incidents taking place amid fears the situation will become "the #metoo moment for the housing crisis".

The Dáil has heard the case of a young woman who was propositioned by her landlord for sex in return to live rent-free in her bedsit.

Eddie Hobbs: So what exactly is Boris Johnson's end game?

A motion to reverse the closure of An Post's Cork mail centre will be debated in the Dáil tomorrow.

The MMA fighter posted a series of pictures of himself wearing the coats - one of which he said cost €80,000.

Solidarity-PBP's Ruth Coppinger is to meet the Agriculture Minister to seek clarity on his plans to ban fur farming in Ireland.

Fur farming is to be banned in Ireland

Agriculture Minister Michael Creed is to bring a proposal to Government this week to phase out fur farms.

Parents at a non-denominational school in Dublin have staged a protest over the use of a Catholic agency to deliver sex education classes to pupils.

FAI: The darkest hour before the dawn

Niall Quinn yesterday described the FAI board’s intention to step down as “good news” and “a catalyst for serious change”.

A better, brighter era awaits with beginning of the end of old FAI

They can’t escape now. Not even him.

Life after the Morning of the Long Pause

The infamous FAI hearing at the sport and transport committee of April 2019, since known as the Morning of the Long Pause, marked a turning point in the fortunes of many of the participants, though no-one realised that at the time.

The appearance of senior FAI officials before an Oireachtas committee this week has been described as a "new low" for Irish football.

The Football Association of Ireland has said it will make whatever changes to its board demanded in order to have its State funding reinstated.

At an early stage in a long day’s journey into evening, FAI president Donal Conway had been listing some of the positive things being done under the association’s leadership, among which he included the promotion of ‘glow football’ which, played under ultra violet light, he told the Oireachtas Committee, allows for the game to be played “in the dark”.

They came, they sat, they parked the bus.

'You will be most welcome to Kerry': Healy Rae jumps to Delaney's defence

Kerry TD Michael Healy Rae has heaped praise on John Delaney, saying the only thing the former FAI CEO is guilty of is "trying to help an association in the best way you saw fit at that time".

A delegation from the FAI, including former chief executive John Delaney, is appearing before the Oireachtas Committee on Transport, Tourism and Sport today.

A Dáil deputy held up a thong in the chamber to highlight the maltreatment of rape victims during adversarial trials.

Just one of the proposed 180 amendments to the proposed abortion legislation was accepted after a marathon debate.

According to Michael Healy Rae.

Government: No pact with Michael Lowry

The Government has denied there is any pact with Michael Lowry, amid criticisms about the &ldquo;chicken feed&rdquo; fine imposed on the Independent TD for tax offences.

TDs get briefing over personal security

Senior garda&iacute; are giving politicians specific security advice on coping with threatening phone calls, personal security, worker risk assessments, and constituency office defences amid heightened fears they could be attacked by the public.

A Sinn F&eacute;in TD suspended from the party for her pro-life views has claimed that the Midlands is 70:30 in favour of retaining the Eighth Amendment.

Bill would end religious ethos opt out for sex ed

A bill to prevent schools from using their religious ethos to avoid providing objective and factual sex education is to be debated in the D&aacute;il.

This story has been subject to the following update:

Simon Harris set to back ‘enabling’ clause on abortion

Simon Harris is to formally seek approval for a referendum as a poll shows majority back repealing the Eighth Amendment, writes Daniel McConnell.

Readers Blog: We need affordable homes, not a housing bubble

Minister Eoghan Murphy’s “affordable” mortgage scheme would not provide homes which were affordable or below the market rate, rather it would further inflate a property bubble and enrich developers.

Allowing unrestricted access to abortion up to 12 weeks of pregnancy may be &ldquo;a step too far&rdquo; and goes &ldquo;further than many would have anticipated&rdquo;, said Taoiseach Leo Varadkar.

Lone parents will not have to contact their abusers

The head of the Department of Social Protection is emphasising that women who have been subjected to domestic abuse do not have to make attempts to contact their attacker in order to receive the lone parent&rsquo;s allowance.

Latest: Micheál Martin has welcomed the appointment of Simon Coveney as Tánaiste.