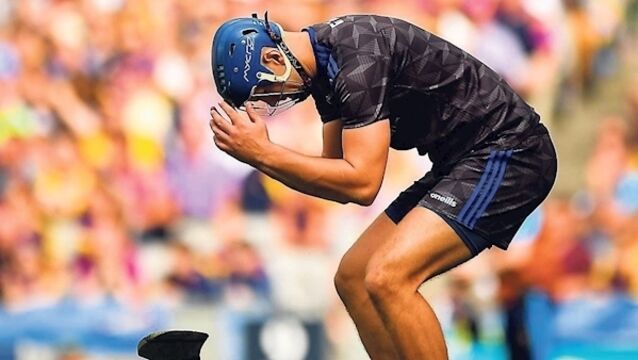 Now that it’ll be yellow from next summer on, the sliotar should be a lot easier to track — but even with the advent of such a smart ball, there’s probably an even smarter solution when another Brian Hogan incident arises. 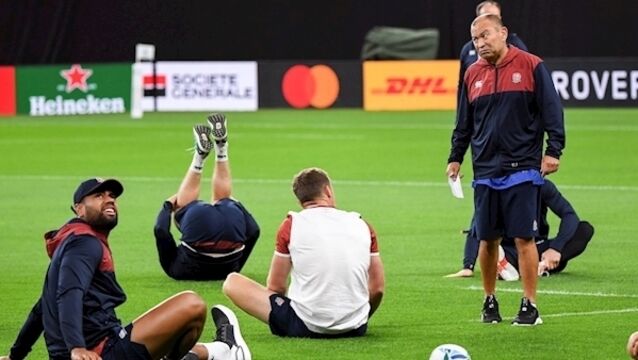 Ronan O'Gara: Jones has delivered form when it mattered

The best pair of teams at the World Cup met in the first semi-final last Saturday. The number one priority for Eddie Jones and England is getting to that pitch again for tomorrow’s final. 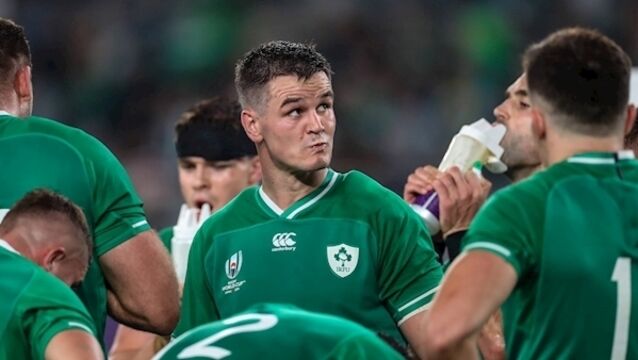 That Ireland could lose a World Cup quarter-final to the All Blacks is not a major shock in itself. New Zealand just have better cattle, as I said in last week’s column. However, the manner of the loss, even at a remove now of five days, was utterly shocking.

Ireland-New Zealand TV View: Does anyone have a sofa to hide behind?

In 60 seconds: NZ too good for Ireland in Tokyo

Personnel may have changed but potency remains

Sparring over as big guns brace for battle

There are three changes from the starting line-up Joe Schmidt sent out against Samoa last Saturday for Ireland’s final Pool A game in Fukuoka.

That New Zealand have stated they will target Johnny Sexton is hardly a galloping shock. Johnny’s had that for a lot of his career, but it remains fundamentally important to Ireland’s chances today that he is on the pitch for 60-65 minutes.

Hansen talks up ‘tenacious’ Ireland in show of mutual respect

Mo’unga: Hard to understand but ROG has been awesome

All Blacks fly-half Richie Mo’unga has spoken about his debt of gratitude to former Crusaders coach Ronan O’Gara while admitting he barely understood a word the Corkman told him.

Joe Schmidt admits Ireland’s maiden two victories over New Zealand have denied his side the element of surprise in Saturday’s World Cup quarter-final.

Ronan O'Gara: Ireland’s confidence is skin deep. It’s not deep in their bones

This becomes a delicate balancing act now. There are some very smart people in the Irish backroom team with Joe Schmidt, but this is mostly about the Irish players and the World Cup. You can see the confidence is skin deep at the moment, it’s not in their bones.

James Lowe blows out his cheeks, squeezes his hands into fists and takes a long, smiling pause.

Empty words from the top as Hodge goes unpunished

For weeks on end, a veritable posse of law enforcers queued up to hammer the warning home, that dangerous tackles meant instant dismissal.

A changing of the guard or a World Cup final warm-up?

Today’s meeting between New Zealand and South Africa will be their 99th.

New Zealand bounced back from their record Test defeat to thrash Australia 36-0 in Auckland.

South Africa produced late drama to hold New Zealand to a 16-16 draw in their Rugby Championship clash at Wellington.

Kieran Read precariously sat upon his team-mates’ shoulders holding the Super Rugby trophy aloft on Saturday, satisfied he had ended his career with the Canterbury Crusaders with one final title.

All Blacks coach Steve Hansen named four uncapped players in an extended 39-man squad for the Rugby Championship as he looks to finalise his World Cup selections over the next six weeks.

Dan Carter would fit in with All Blacks squad

World Cup winner Dan Carter would not be out of place in the All Blacks squad at the global showpiece in Japan later this year if selectors sent him an SOS to fill the gap left by the injured Damian McKenzie, former coach Graham Henry has said.

Joey Carbery’s a live test match option now. I wouldn’t have said that six months ago

Everything is possible. That’s all I said. The perfect sit-on-the-fence answer. Doing pitchside media Monday, somebody asked a ‘Would you consider…’ question about the All Blacks in the future.

Dan Leavy has been ruled out of Ireland's November test against New Zealand at the Aviva Stadium tomorrow.

Trying to read between the lines in November

It mightn&rsquo;t be the Six Nations but in a World Cup year, the autumn series of Tests is what GAA fans feel at the start of the national leagues every spring, writes Ronan O'Gara

A great oak tree was about to fall in the rugby forest, the All Blacks were done. And then they weren't

Watching New Zealand and South Africa there was that very rare feeling - it lasted only a few minutes, like viewing the&nbsp;aurora borealis,&nbsp;where you are mouthing quietly to yourself: this is unbelievable,&nbsp;writes Ronan O&rsquo;Gara.