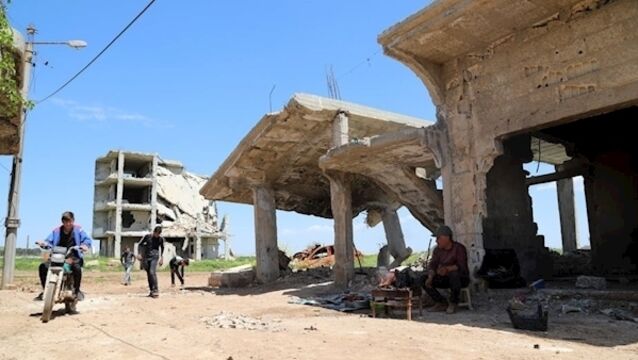 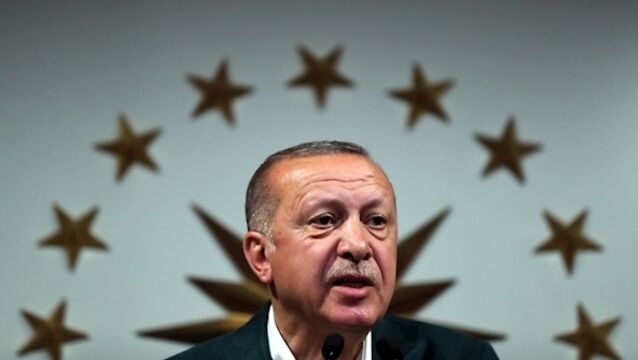 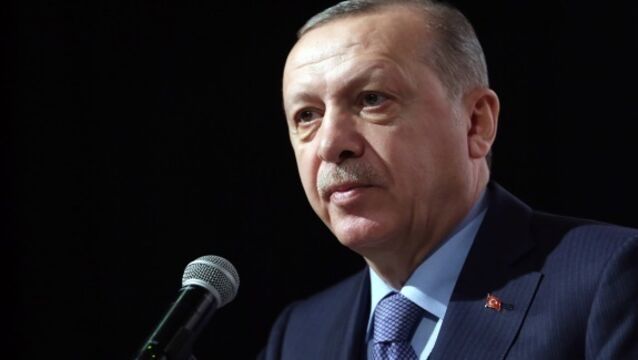 Turkey's president has announced that a Turkish military helicopter was "downed" in northern Syria during Ankara's offensive on Syrian Kurdish militia in the region.

Republicans must renounce Trump to save US democracy

An Istanbul court has ordered six human rights activists - including Amnesty International's Turkey director - to be formally arrested pending a trial on charges of aiding an armed terror group.

It will be a long, hard journey back to democracy for Turkey

Election chiefs in Turkey have defended their decision to validate some disputed ballots cast during the country's referendum on boosting presidential powers.

Are there lessons for the Irish parties from the French elections?

Turkey opposition calls for referendum to be annulled

Bulent Tezcan, deputy chairman of the Republican People's Party, announced the move at the Ankara offices of the electoral board.

Final day of campaigning before crucial constitutional referendum in Turkey

Yes and No campaigners addressed flag-waving supporters in Istanbul and Ankara today, the last day before Turkey's crucial referendum on whether to expand the president's power.

UPDATE 1pm: Protestors have clashed with riot police after authorities in the Netherlands cancelled a planned rally in support of Turkey’s President.

A huge manhunt is taking place in Turkey after a gunman targeted a crowded Istanbul nightclub during New Year celebrations, killing at least 39 people before fleeing.

Police among dozens dead in blasts near football stadium

Twin attacks by a suicide bomber and a car bomber near an Istanbul football stadium have killed 38 people.

A ceasefire brokered by the United States and Russia is set to begin in Syria at sunset today.

51 killed in attack on wedding in Turkey

An Islamic State group suicide bomber as young as 12 years old attacked an outdoor Kurdish wedding party in southeastern Turkey, killing at least 51 people and wounding dozens of others, the Turkish president said.

More than a million Turks gathered in Istanbul yesterday for a rally called by President Recep Tayyip Erdogan to denounce a failed coup &mdash; a show of strength staged in the face of Western criticism of widespread purges and detentions.

Turkish authorities have issued warrants for the detention of 42 journalists and detained 31 academics, official media reported, as the government proceeded with a crackdown against people allegedly linked to a US-based Muslim cleric following a failed coup.

Turkish prosecutors are investigating people who have alleged on social media that a July 15 coup attempt was a hoax carried out by the government, the country&rsquo;s justice minister said, reflecting what some critics say are increasing restrictions on expression in the wake of the failed rebellion by some military forces.

More than 20,000 teachers are to lose their jobs after the failed coup in Turkey

Turkey is planning to hire more than 20,000 teachers to replace those who have been fired in a purge of suspected coup plotters in schools and other institutions.

While the army&rsquo;s failed power bid reinforced Erdogan&rsquo;s power, success would have dealt a long-term blow to democracy in Turkey, writes Dani Rodrik

The price of crude slipped following the failed Turkey coup as shipments continued through the vital conduit for oil from Russia and Iraq to the Mediterranean Sea.

Warplanes are patrolling Turkey's skies days following the failed coup, in a sign that authorities fear the threat against the government is not yet over.

Around 1,800 special forces police officers have arrived in Istanbul as Turkey reels from the failed coup attempt that plunged the city and the capital Ankara into a night of violence.

The Turkish government moved swiftly to calm investors before financial markets reopened today after a failed coup, with the central bank promising unlimited liquidity to lenders and the deputy prime minister posting on Twitter that there&rsquo;s &ldquo;no need to worry.&rdquo;

An army group in Turkey says it has taken control of the country, with bridges closed in Istanbul and aircraft flying low over the capital Ankara.

A court has convicted a former Miss Turkey of insulting President Recep Tayyip Erdogan through social media postings and handed her a 14-month suspended sentence.

Turkey has blamed Kurdish militant groups at home and in neighbouring Syria for a deadly suicide bombing in Ankara, and it vowed strong retaliation, threatening to further complicate the Syria conflict.

At least five killed in blast 'near military lodgings' in Turkey

Latest: At least five people have been killed and ten others injured in an explosion that rocked the Turkish capital, the governor of Ankara has said.

Turkey has summoned the Russian ambassador to protest at the violation of its airspace by a Russian war plane near the border with Syria, the Foreign Ministry said.

Turkey&rsquo;s ruling Islamic-rooted party is facing turbulence as it is likely to need a coalition partner to form the next government after suffering surprisingly strong losses in a national vote. Other parties vowed to resist any such pact.

Turkey’s ruling party has been left with few options for a new government after it was stripped of its parliamentary majority and opposition parties ruled out joining it in a coalition pact.

In a stunning rebuke of President Recep Tayyip Erdogan’s ambitions to expand his powers, Turkish voters have stripped his party of its simple majority in parliament, preliminary election results show.

Turkey:&nbsp;President Recep Tayyip Erdogan has invited the main opposition party leader to inspect the toilets in his lavish, 1,150-room palace after the politician claimed it had gold-plated toilet seats.

Turkish police have launched raids in Ankara and three other cities, detaining some 20 people suspected of illegally eavesdropping on President Recep Tayyip Erdogan and other senior officials, the state-run news agency reported.

A man has been arrested after grenades were thrown and a weapon fired at Turkish President Recep Tayyip Erdogan’s office in Istanbul.

Dozens of Turkish football fans who took part in last year&rsquo;s mass anti-government protests have gone on trial accused of an attempted coup, in a case seen as the latest example of President Recep Tayyip Erdogan&rsquo;s crackdown on dissent.