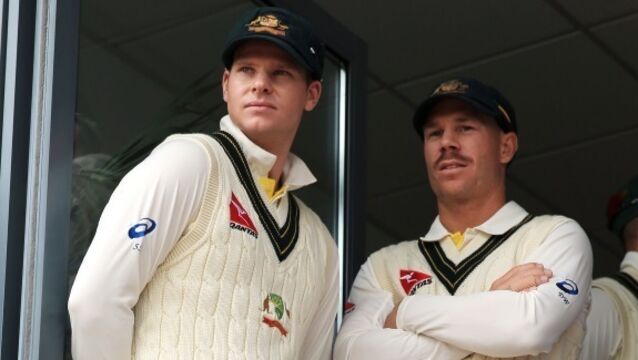 Former Australia spinner Shane Warne has hit out at the "disgraceful" treatment of Steve Smith by the media, stressing that the sacked captain "isn't Pablo Escobar". 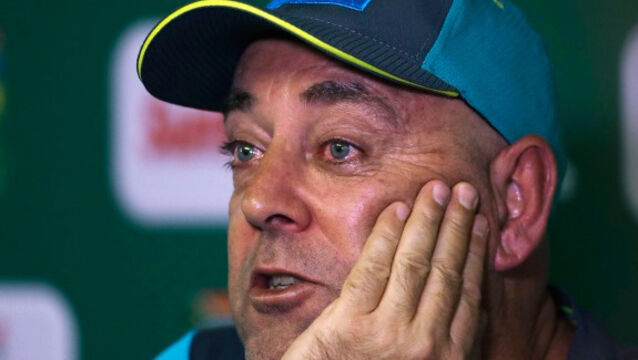 Australia cricket coach to step down as ball-tampering fallout continues

Darren Lehmann will leave his post as Australia's head coach after the fourth Test against South Africa, which begins on Friday.

Integrity of cricket swings into reverse after ‘tapegate’

Arsenal were not robbed but rules are too harsh

When Nani was harshly sent off in the Champions League against Real Madrid last season one furious Manchester United fan dialled 999 to report the crime; and although Arsenal supporters have no justification in complaining with the same voracity, there remains a nagging feeling that Wojciech Szczesny’s sending off against Bayern here — and Fifa’s controversial guidelines for referees — robbed us all in some way or another.

Ex-Arsenal keeper Jens Lehmann does not believe German football is the dominant force in the game.

Former Arsenal and German goalkeeper Jens Lehmann’s powers of oration remain as impressive as ever, according to a Louth GAA club.

Shoot-out wins have nothing to do with luck

For Petr Cech, it was a case of when in Germany do what the Germans do.

A Bavarian radio presenter has sent a pair of traditional Bavarian brogues to Cristiano Ronaldo after the Real Madrid forward allegedly had three pairs of football boots stolen before his side’s Champions League defeat to Bayern Munich.

Andre Villas-Boas has angrily accused Gary Neville and other big-name ex-players of biased punditry when criticising his Chelsea side.

MANY psychiatrists are not informing people about the dangers of the long-term use of drugs they are prescribing — or about the medical problems which may develop later in life.

Arsenal manager Arsene Wenger made two changes to his starting XI as the Gunners began life without Cesc Fabregas by taking on Udinese in tonight’s Champions League play-off first leg at the Emirates Stadium.

Jens Lehmann has revealed he could remain at Arsenal beyond the end of the current season.

WINE fans may seem to have an odd attitude to sweetness, dismissing some popular wines as being far too sugary, while exulting at many of the far sweeter ‘dessert’ wines.

Centre-back Thomas Vermaelen is set to return for Arsenal after nine months out with a niggling Achilles problem in the Barclays Premier League clash with Aston Villa on Sunday.

Gibbs and Arshavin start for Gunners

Arsenal midfielder Aaron Ramsey was named in the team to face Stoke on his return to the Britannia Stadium – the same venue where he horrifically broke his leg last season.

Centre-back Thomas Vermaelen could return for Arsenal after nine months out with a niggling Achilles problem in the Barclays Premier League clash at Stoke on Sunday.

No place for Vermaelen

Arsenal defender Thomas Vermaelen has returned to action from a long-term Achilles injury with the reserves, but will not be rushed back into the first-team squad for Sunday’s Barclays Premier League clash against leaders Manchester United at Emirates Stadium.

Arsenal will be without midfielder Abou Diaby (calf) for Sunday’s Barclays Premier League trip to Bolton.

Arsene Wenger has made the surprise decision to replace Jack Wilshere with Alex Song in Arsenal’s midfield for tonight’s north London derby at White Hart Lane.

Arsenal could welcome back goalkeeper Wojciech Szczesny from a finger injury for Sunday’s Barclays Premier League clash against Liverpool at Emirates Stadium on Sunday.

IN LIGHT of the way the Gunners’ campaign has petered out in such a pitiful fashion these past few weeks, I don’t think there are too many Arsenal fans who truly believe that the three points secured against Blackpool on Sunday have put us back in the title picture.

SO THE fight will continue until the end but there was little to suggest that this performance at Bloomfield Road was not just the latest false dawn for this Arsenal team.

Van Persie: We can win every game

ROBIN VAN PERSIE claimed Arsenal can win each of their final seven matches to push Manchester United all the way for the title after they ended a five-match winless run with a victory at Bloomfield Road.

Gunners maintain pressure on leaders after win at Blackpool

Veteran goalkeeper Jens Lehmann was dramatically drafted in for his 200th Arsenal appearance at Blackpool today.

I FULLY appreciate there can be no condoning Wayne Rooney’s outburst to the camera at Upton Park on Saturday because kids everywhere will doubtless end up imitating the angry little gurrier.

Veteran goalkeeper Jens Lehmann faces an anxious wait to see whether he will make a remarkable comeback for Arsenal in the Barclays Premier League this weekend.

Jens Lehmann has been named in the starting line-up for Arsenal reserves’ match against Wigan this afternoon.

Lehmann on the bench for Arsenal

Jens Lehmann is among Arsenal’s substitutes for the Premier League clash with West Brom at The Hawthorns.

‘Invincible’ Jens back to win title

JENS LEHMANN hopes some of his ‘Invincibles’ aura can rub off on the current Arsenal squad as they look to finish the season on a high by finally landing the Barclays Premier League title.

Veteran goalkeeper Jens Lehmann will take his place on the Arsenal bench at West Brom tomorrow after agreeing a short-term deal to return to his old club.

Lehmann back to patch up Arsenal’s goalkeeping crisis

ARSENAL manager Arsène Wenger is confident returning goalkeeper Jens Lehmann can help to get the best out of Manuel Almunia after the former German international officially returned to the club last night.

Arsenal manager Arsene Wenger is confident returning goalkeeper Jens Lehmann can help to get the best out of Manuel Almunia after the former Germany international officially returned to the club tonight.

Lehmann links up with Gunners

Jens Lehmann will sign for Arsenal for the rest of the season, manager Arsene Wenger today confirmed.

Jens Lehmann is confident he can help Arsenal win the title as he edges closer to a surprise return to the north London club.

Jens Lehmann looks set to come out of retirement and answer Arsenal’s goalkeeping SOS as the Gunners focus on salvaging their season by delivering the Barclays Premier League title.

Lehmann: Arsenal can dominate for years

JENS LEHMANN has claimed that Arsenal can dominate the Premier League “for years to come” because of the philosophy of coach Arsene Wenger.

Wenger: Szczesny out for six weeks

Arsene Wenger expects Wojciech Szczesny to be sidelined for around six weeks with a finger injury, and admits Arsenal “absolutely need some cover in goal”.

WE’RE mainly focusing on one particular retailer for this week’s highlighted wines, but let’s start with the exception — the Cono Sur Pinot Noir is widely available at independents as well as the big supermarkets.

SPAIN forward Fernando Torres has claimed that the biggest threat to the European champions’ hopes of taking the world title is Spain themselves.