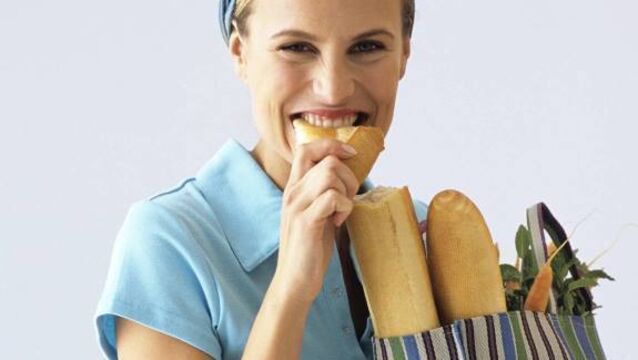 Shares in Cuisine de France owner Aryzta jumped by as much as 7% on the back of a rise in underlying earnings, as well as expectations of an improved performance in its troubled North American operations. Shares in Cuisine de France owner Aryzta surged by as much as 9% on the group announcing a deal to finally sell the bulk of its stake in French frozen food retailer Picard. 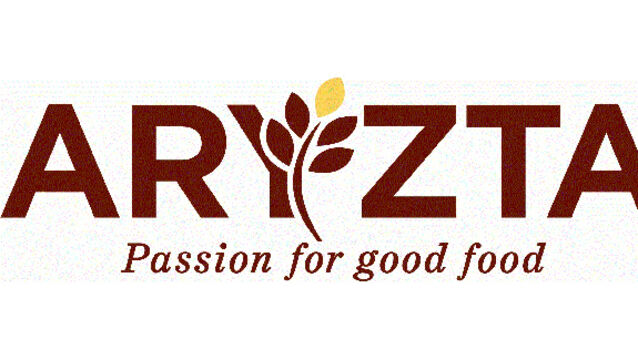 Shares in Cuisine de France owner Aryzta surged by nearly 11% on the company saying it is stabilising its business and remains on course to meet earnings targets.

Aryzta shares have fallen more than 4.4% as a row over the size of the Cuisine de France-owner’s planned capital raise next month deepened.

Cuisine de France bakery owner Aryzta has agreed on an underwriting deal with five banks, setting the stage for raising €800m in new capital to strengthen its balance sheet.

Department of Justice to be split in two after scandals

The Department of Justice is to be split but will remain under one minister, Taoiseach Leo Varadkar has confirmed.

DAA to miss out on third Dublin terminal

An independently-operated third terminal at Dublin Airport is now the preferred option of government ministers, the Irish Examiner can reveal.

The appointment of a new chief executive of the Dublin Airport Authority (DAA) has been broadly welcomed in Cork, with interested parties saying his strong background in retail and services will complement the county&rsquo;s airport growth strategy.

Shares in Cuisine de France owner Aryzta fell by nearly 9% yesterday on the back of the group reporting flat quarterly underlying revenues and a fall in business in North America.

The chairman of the daa is looking for more flexibility when it comes to the government-imposed pay cap that might prove restrictive as the semi-state body searches for a new chief executive.

What should have been a celebration for the regions has been put in the shade by Norwegian revealing its flights to the US from Dublin, writes Alan Kelly TD.

No easy fix for the heavily loaded layers of policing structure

It sounds impressive to appoint an international expert to examine how we do things here &mdash; particularly when we continue to be hit with policing and justice controversies and scandals.

The head of Ireland&rsquo;s main airport operator has backed plans by Norwegian Air International to operate a transatlantic service between Cork and the US, saying the demand exists despite recent route cancellations at the airport.

Cork-US flights may take off before end of year

The first transatlantic flights from Cork Airport could take off before the end of the year with talks on flight operations and ticket sales poised to take place soon.

The construction of Dublin Airport&rsquo;s proposed &euro;320m second runway may yet run into difficulty despite yesterday being given the green light.

Dublin Airport chiefs want to challenge orders to limit flights when a second runway opens in 2020.

The head of the Dublin Airport Authority has welcomed US President Barack Obama&rsquo;s backing for a transatlantic service from Cork Airport &mdash; but also expressed concern about any possible delays at the American side.

A high-level delegation from Cork Chamber, the Irish Aviation Authority and officials from Dublin and Cork airports met the US ambassador to Ireland yesterday as part of intense efforts to secure the first transatlantic flights from Cork.

Kenny needs to secure takeoff - Flights to US from Cork

THE Government appears to have kicked to touch the issue of whether Cork Airport can look forward to offering transatlantic flight this summer.

The European Commission is set to hold high-level talks next week in a bid to save the first transatlantic flights out of Cork.

Hundreds of jobs are being created in expansions by Dublin Airport and a leading healthcare recruitment company.

Reflecting on Fennelly: Change well under way at Justice

The past 15 months have seen a lot of change in the justice sector, writes Frances Fitzgerald.

Cork Airport is in a competitive market but quality and better business always win out. Through improved marketing abroad, it will thrive again, writes Kevin Toland.

See the Irish Examiner Cork City Marathon in photos and videos; Take a&nbsp;look inside Apple&rsquo;s European headquarters in Cork; and it&rsquo;s time to get Cork Airport flying again&nbsp;Just some of the latest and most read stories on irishexaminer.com.

Your Monday morning news round up

A look inside&nbsp;Apple&rsquo;s European headquarters in Cork;&nbsp;Nurses refuse to oversee private carers; and Benjy, the&nbsp;&rsquo;gay&rsquo; bull from Mayo is playing the field.&nbsp;These are some of the latest and most read news stories on irishexaminer.com this morning.

Unions and business groups have clashed over the Government&rsquo;s decision to sell the State&rsquo;s 25% stake in Aer Lingus after the long-awaited move was finally announced by Transport Minister Paschal Donohoe yesterday.

The return of the Cork to Dublin air route is a long way away as there is no appetite among large companies for the service which would require a &euro;1.5m annual subsidy to make it feasible, according to DAA chief executive Kevin Toland.

THE assurance given yesterday by Dublin Airport Authority chief executive Kevin Toland that Cork Airport&rsquo;s &euro;200m debt is not a factor in its current difficulties is a welcome clarification but it does not change the impression that the facility seems caught in a spiral of decline. His assertion was echoed by Cork Airport managing director Niall MacCarthy.

Cork Airport&rsquo;s &euro;200m debt is a &ldquo;red herring&rdquo; that has no impact on its day-to-day operations but which would be even greater today had the airport been responsible for it over the past number of years, rather than the DAA.

The CEO of the Shannon Group last year enjoyed a sharp jump in his overall remuneration package to &euro;281,869, figures show.

The future father-in-law of a Cork man whose stag has caused a storm of controversy has defended him as a &ldquo;decent guy&rdquo; who would not knowingly offend anyone, Roy Keane has revealed that he wouldn&rsquo;t swap his time working with Alex Ferguson &rsquo;for anything&rsquo; and picture goes viral after two girls kiss in front of No protestors in Dublin.&nbsp;These are some of the latest and most read news on irishexaminer.com this lunchtime.

Garda&iacute; have named a man who was stabbed to death at a Limerick house party last night, six officers have been charged in connection with the death of Freddie Gray, the future father-in-law of a Cork man whose stag has caused a storm of controversy has defended him as a &ldquo;decent guy&rdquo; and singer Ben E King has died at the age of 76.&nbsp;

The chief executive of Dublin Airport Authority, Kevin Toland, has said he is &ldquo;very confident&rdquo; of reaching a long-term sustainable solution for Cork Airport.

Profits at the independent Shannon Airport have jumped 34% in just one year with passenger numbers up 17% and European traffic up 70%.

Hopes that the much sought-after Cork-Dublin air route could be reintroduced have been dealt a blow by Ryanair, which says demand probably would not be strong enough to warrant its reintroduction.

Airport charges at Dublin Airport are set to fall by 19%, on a cumulative basis, over the next five years — 3% more than originally envisaged.

Backs to the Wall

The Department of Justice has been in the firing line for months, but worse may be to come for the civil servants, writes Cormac O&rsquo;Keeffe

A review into the running of the Department of Justice and how its officials handled allegations of garda misconduct is expected to be published in the coming days.

A 40-day deadline set for a mammoth review of the Department of Justice is &quot;ridiculously short&quot; and belies the fundamental review needed, a leading expert has said.

The cabinet has appointed six outside experts to conduct a review of the Department of Justice.

The aviation regulator has proposed a cumulative 22% drop in charges at Dublin Airport over the next five years.

Cork Airport ‘unlikely to break even’

Cork Airport is unlikely to meet its previously stated target of breaking even — on a cash basis — by the end of this year, but its owners remain &quot;focused&quot; on returning the airport to growth.

Dublin was the second fastest growing airport in the European Union last year.

More than 20m visitors have passed through Ireland’s busiest airport this year — the first time the landmark level has been reached since 2009.