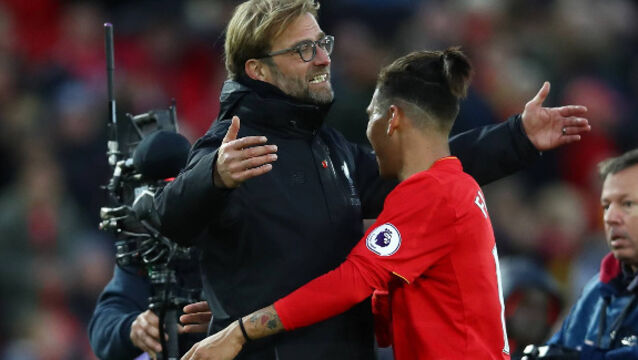 Jurgen Klopp has praised Roberto Firmino for the way the Brazilian has coped with allegations of racial abuse hanging over his head. 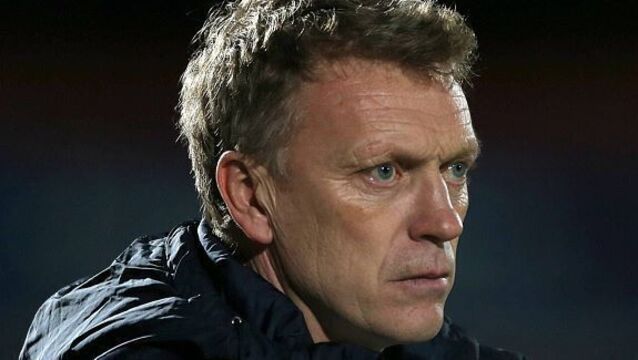 David Moyes insists he is comfortable with his initial six-month contract at West Ham. 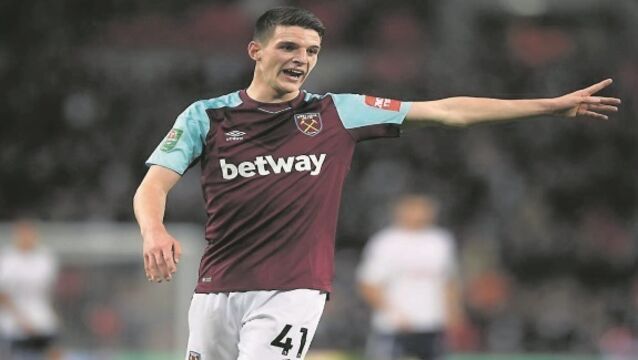 Ireland U21 star Declan Rice believes West Ham United&rsquo;s fans will see the best of Slaven Bilic if they get behind their manager.

Mesut Ozil back to life with a bang

Arsenal 3 West Ham 0: Mesut Ozil finally turned up in an Arsenal shirt when his team needed him most.

Philippe Coutinho set to return against Southampton in EFL Cup

It adds to Southampton's two EFL Cup semi-final games against Liverpool this month.

Southampton captain Jose Fonte has handed in a transfer request.

Southampton 1 Tottenham 4:&nbsp;Dele Alli scored twice &mdash; either side of a fine goal from Harry Kane and a terrible penalty miss by the England striker &mdash; as Tottenham ended up tormenting their 10-man hosts at St Mary&rsquo;s last night.

Southampton secured a valuable point in their bid to progress to the Europa League's knockout stages with a 0-0 draw as Hapoel Be'er Sheva continued their extraordinary undefeated record at the Turner Stadium.

Arsene Wenger was happy to take his players' word that the award of Arsenal's late penalty against Southampton was correct.

Gunners scrape a win, but what happened to West Ham?

Spurs impressed with a win at the bet365 Stadium.

Arsene Wenger: No age limit in hunt for new defender

Arsenal boss Arsene Wenger has paved the way for a move for an experienced defender after insisting he has set no age limit on any new signing.

Why Portugal values Pepe The Unpopular

Portuguese defender Pepe doesn&rsquo;t exactly make himself easy to like &mdash; one brutal temper tantrum, the kind that would make even Joey Barton blush, earned him a 10-match ban at Real Madrid after he raked his studs down the back of an opponent in 2009.

Christiano Ronaldo a bit part player but can functional Portugal win it?

There was a time when Portugal were considered the Brazil of Europe, for the flair with which they played football more than the commonality of language.

Portugal survived a shoot-out drama to beat Poland 5-3 on penalties in last night&rsquo;s Euro 2016 quarter-final. It was a night where Renato Sanches demonstrated why Manchester United tried &mdash; and ultimately failed &mdash; to beat Bayern Munich to his signature with a spectacular solo goal for Portugal.

Miserly Leicester can dare to dream

Leicester City 1 Southampton 0:&nbsp;Ahead of this match with Southampton scarves with the slogan &ldquo;Leicester City, Premier League champions 2016&rdquo; were on sale outside the King Power Stadium.

And then there were four in relegation battle, admits Sam Allardyce

Southampton 1 Sunderland 1:&nbsp;Sam Allardyce admits Sunderland are now effectively fighting for a 17th-place finish in their bid to beat the drop.

It was a bad day for Everton, Villa and Newcastle today.

Republic of Ireland striker Shane Long is fighting to be fit in time for Southampton&rsquo;s trip to Bournemouth&nbsp;after damaging a hamstring in Saturday&rsquo;s 2-1 home loss to Chelsea.

Saints hold on for win despite having Victor Wanyama sent off

Southampton held on to an early goal from Maya Yoshida to edge out West Ham 1-0 despite Victor Wanyama’s red card.

Tomas Rosicky was left &ldquo;devastated&rdquo; by his latest injury setback which could see him ruled out for over a month, according to Arsenal manager Arsene Wenger.

Jamie Vardy missed two good chances to extend his goalscoring streak to 12 straight games but a Riyad Mahrez hat-trick sent Leicester back to the top of the Barclays Premier League.

Manager Remi Garde has cautioned Aston Villa&rsquo;s players about letting their hair down at Christmas.

Jurgen Klopp can't forget the one that got away

Liverpool have lost only one of the opening 10 matches of Jurgen Klopp&rsquo;s reign, but that defeat means the German is not getting carried away by his start at Anfield.

Anthony Martial magnificent, so why are you so prickly Louis?

Southampton 2 Manchester United 3:&nbsp;Manchester United&rsquo;s transformation is gaining momentum thanks to two goals from Anthony Martial in a 3-2 victory at Southampton which takes them to second in the table; but it wasn&rsquo;t quite enough to end a long-running debate over the quality of their defence.

Southampton v Everton: The tweet, moment and man of the match

Everton won at Southampton today, thanks to two goals from Romelu Lukaku and a strike from Ross Barkley.

Romelu Lukaku’s brace set Everton on course for an impressive first win of the season as Roberto Martinez’s side secured a surprisingly comprehensive victory at Southampton.

Southampton&rsquo;s rapid ascent has seen them go from League One to the Europa League in just four years &ndash; a stage Ronald Koeman believes his players are ready for.

Mauricio Pochettino frustrated the fans that once adored him as Tottenham twice came from behind to secure a draw on his first return to Southampton.

Leicester off the bottom with Swansea scalp

Leicester climbed off the bottom of the Barclays Premier League as a 2-0 home win over Swansea gave them a third successive victory.