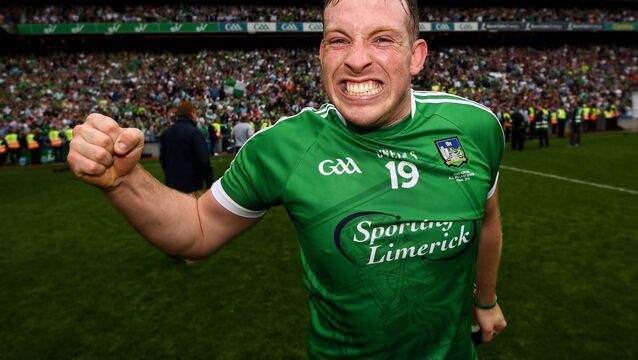 Limerick’s Shane Dowling has been forced to retire from inter-county hurling through injury at the age of 27. 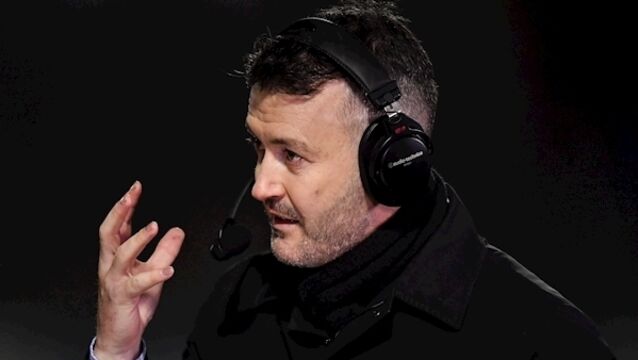 Arnold: 'We didn’t see eye-to-eye during the strikes but it’s a good appointment for Cork minor hurling' 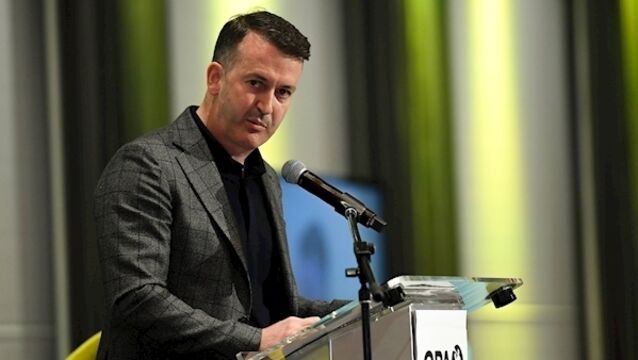 Cusack return about more than symbolism?

The return of Dónal Óg Cusack to the Cork fray was never going to run smoothly. And the award for most obvious hurling statement in 2019, beating “Liam Sheedy has the x-factor” and “you can never write off Kilkenny”, goes to...

Cody has faced up to seven Tipp bosses

Munster glory next on Limerick's wishlist

State accused of reneging on payment to abuse victims

Abuse survivor Louise O’Keeffe has accused the State of trying to renege on its responsibilities to people who were sexually abused as children in schools after it emerged that a Government compensation scheme set up four years ago has paid nothing to survivors.

Lessons learned, but Déise may have to draw a different conclusion

This past year I’ve gone back to college to study sports science and yesterday morning I had to hand in an assignment.

Why is Ireland so unconcerned about jiggery pokery in sport?

The 2015 Melbourne Cup was one of the most memorable in the history of “the race that stops a nation”.

Pat Ryan won’t be the new Waterford senior hurling manager despite speaking to some of the 2018 panel last week.

Shane Dowling: I've lost friends and relationships because of hurling

"The way I act at times like that isn't right but it's just the way I am."

If it&rsquo;s All-Ireland final memories you&rsquo;re looking for, Niall Healy has a plentiful supply. Regrets, too. Plenty of them.

Whatever the rest of the country thought of Davy Fitzgerald&rsquo;s intervention on Sunday, the vast majority of the Wexford following are fully behind their new general. That much was evident by the reaction of their fans in Nowlan Park to the first-half incident.

The Government are deliberately trying to limit compensation to those who were abused as children in primary schools, the D&aacute;il has heard.

All-Star Paul Geaney and Cork veteran Rena Buckley have been recognised as Munster&rsquo;s best senior footballer and ladies footballer in 2016, while Tipperary&rsquo;s All-Ireland winning manager Michael Ryan has claimed the manager of the year award.

Patrick Horgan: 'We tried a sweeper system and it didn’t suit'

Experienced attacker Pat Horgan has admitted it&rsquo;s time to pull the plug on the sweeper system and get back to hurling the Cork way.

D&oacute;nal &Oacute;g Cusack will team up with Davy Fitzgerald again next season should the Clare manager decide to stay on in charge.

Cork camogie team are 'intrinsically motivated — their attitude is incredible’

John Allen, an ex-intercounty manager these past few years, will surely be surprised to find himself popping up not merely in this article today but in its very intro. There&rsquo;s a very good reason why.

Hillary Clinton has cast herself as a unifier for divided times, an experienced leader steeled for a volatile world - and aggressively challenged Donald Trump&rsquo;s ability to do the same.

A group of solicitors from around the country are coming together to win damages against the State, for people sexually abused in Irish primary schools.

Evidence mounting sweepers not so forward-thinking

Kevin O&rsquo;Donovan&rsquo;s blueprint is largely similar to a document recently formulated by the sub-committee which the coaching officer resigned from on Tuesday evening, county board chairman Ger Lane has claimed.

Who will step into the shoes of Limerick boss TJ Ryan?

This evening&rsquo;s meeting of the Limerick County Board is expected to mark the start of the search for a replacement for TJ Ryan, with the Garryspillane clubman all but confirming his departure as Limerick senior hurling manager after Saturday night&rsquo;s qualifier defeat to Clare.

Department of Education ‘trying to frighten off most vulnerable’

Sex abuse victims and opposition TDs have accused the Department of Education of &ldquo;trying to frighten off some of the most vulnerable&rdquo; by threatening day school victims with hefty legal bills.

Enda McEvoy: Devil in the detail for Manchester United

Really, the illustration says it all. Drinan at his very best. The Red Devils led by football&rsquo;s ultimate Mephistophelean figure. (&ldquo;Pleased to meet you, hope you guess my name.&rdquo;) An accompanying column is almost superfluous. Self-publicists make their own importance.

Last weekend&rsquo;s hurling was a severe disappointment but not without its revelations, writes PM &rsquo;O Sullivan

He mightn&rsquo;t always have thought it &ndash; and it might surprise some to hear a former GPA chairman say it &ndash; but D&oacute;nal &Oacute;g Cusack is thankful for the fact that GAA players remain amateurs.

&lsquo;Big Week on the Farm&rsquo; will have live lambing and other farm features across five nights on RT&Eacute; One this week.

John Allen feared he would be remembered for all the wrong reasons in taking off Brian Corcoran in the 2005 All-Ireland semi-final against Clare.

Cats ruling the skies on battlefront

Archbishop Diarmuid Martin has insisted that every allegation of clerical abuse must be reported to garda&iacute;.

A former seminary student arrested for allegedly seeking to rape infants and young girls was carrying baby clothes and a bottle in his luggage, plus $2,000 in cash, authorities have said.

It was time to go, says Limerick servant Donal O’Grady

Last year Donal O&rsquo;Grady&rsquo;s situation became clearer to him in the pub. He was getting a carvery when his status as Limerick hurling captain intervened.

Cork hurling manager Kieran Kingston is set to finalise his backroom team with the likely addition of Frank Flannery as a coach.

Well, no doubting about which room wall in all of hurling you&rsquo;d most want to be a fly on next year &mdash; not least because the caricature of Davy Fitzgerald up to now would have had you left highly susceptible to being squashed against it on the merest whim.

Hurling&rsquo;s managerial carousel had already picked up considerable pace by the time Kilkenny returned up the steps of the Hogan Stand in early September, several high-profile figures opting off the merry-go-round.

Making an All-Ireland final was a long way down John Kiely&rsquo;s to-do list when he was appointed Limerick U21 boss last winter.

Pat Mulcahy and Pat Ryan out of Cork manager race

Two of the men linked with the vacant Cork hurling manager&rsquo;s post have ruled themselves out of contention to succeed Jimmy Barry-Murphy.

Former Cork hurler Tom Kenny believes the county should implement a succession plan when appointing the man to replace Jimmy Barry-Murphy as manager.

In the zone: How Jimmy Barry-Murphy has rejigged Cork’s approach

If Jimmy Barry-Murphy didn&rsquo;t know he was doing something extraordinary, he must surely have realised it when D&oacute;nal &Oacute;g Cusack lauded his changing of the script after the qualifier win over Clare last Saturday week.

The Fogarty Forum: State of the Nation

After two days of such turnover and upheaval, John Fogarty looks on those who have left us and those who remain.

Terrorist attacks across three continents last Friday demonstrate the influence of Islamic State and wide reach, as well as the difficulties of countering its use of the internet to galvanise and inspire global violence.

Stephen Walsh ready for the road ahead

Stephen Walsh feels he has to explain himself. He currently lives in Castletroy but works in Ardpatrick National School, a five-minute drive from his home house in Glenroe; an hour from his current abode.