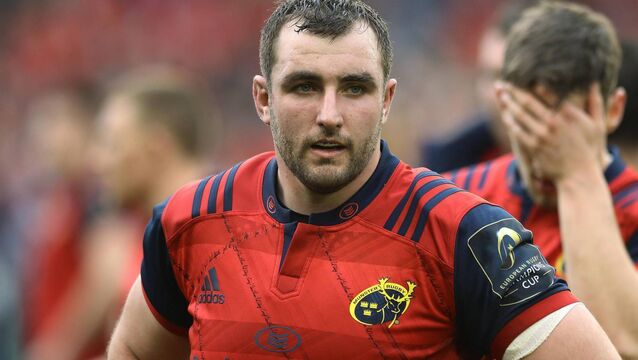 James Cronin incident could have happened ‘to the man on the street’, says Munster CEO

Munster CEO Ian Flanagan has confirmed that the province has reviewed its anti-doping protocols in the wake of James Cronin's recent one-month ban and added that the dispensing error at the heart of the matter could have happened to “the man on the street”. 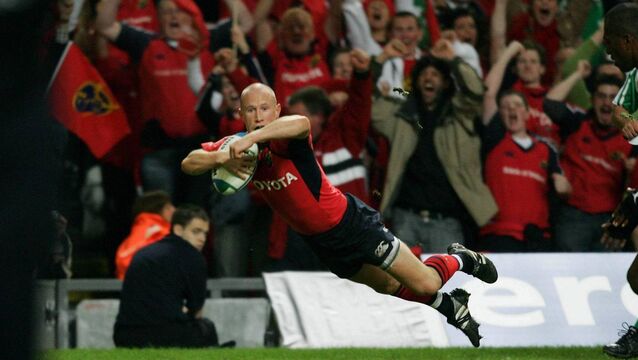 The 2006 Heineken Cup final is poised at ten apiece. Peter Stringer is poised at the base of a scrum. This week's 'Moment In Time' sees Brendan O'Brien revisit one of the most famous scores in the history of Irish sport. 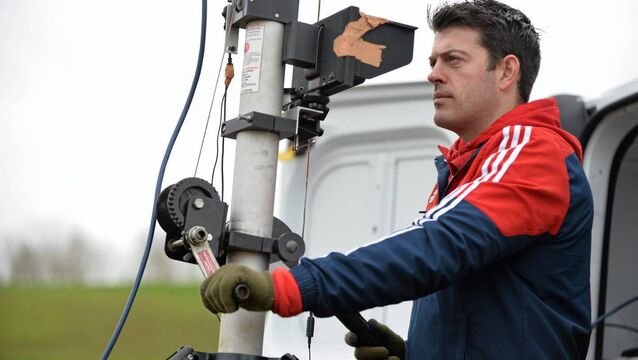 Munster follow NASA's footsteps in reaching for the stars

Plays and books have been written about Munster rugby's most elevating moments so maybe it shouldn't come as a huge surprise to find that the province now finds itself in the company of organisations as stellar as the Royal Shakespeare Company and NASA.

Van Graan: I just want people in here who want to serve Munster

A stitch in time: The art of hand-embroidery

The islands of Ireland: Inishark - The island of hardship

Continuity may be the watchword for Munster after their change of management halfway through the season but new boss Johann van Graan has told his players they are starting with a clean slate as far as he is concerned.

Jerry Flannery has insisted Munster&rsquo;s pre-season preparations have not been undermined by the impending departure of director of rugby Rassie Erasmus.

Rassie Erasmus believes Munster&rsquo;s new world class High Performance Centre can be a major recruitment tool for the province as they bid to rejoin the European rugby elite.

Chances are that as you watch Munster play Stade Francais in Paris today, the television director will cut to a camera trained on the coaches&rsquo; box at Stade Jean Bouin.

How Munster are using a drone for bird's eye training view

Munster have taken to the skies in a bid to get an edge over their rivals in the quest for Pro12 and European glory.

Ireland’s David Higgins has accepted full responsibility for the blunder which cost him the chance of a place in the British Open at Muirfield.

Higgins: Club blunder was my fault

Ireland’s David Higgins has accepted full responsibility for the blunder which cost him the chance of a place in the Open Championship at Muirfield.

Waterville’s David Higgins was left ruing a bizarre mistake in a British Open Local Final qualifier at the North Berwick club after missing out in a play-off as he was carrying 15 clubs.

IRELAND’S Damien McGrane and England’s Jamie Elson share the lead after a weather-interrupted first round of the Joburg Open yesterday.

Ireland’s Damien McGrane and England’s Jamie Elson share the clubhouse lead after a weather-interrupted first round of the Joburg Open today.

Ireland’s Damien McGrane fired an eight-under-par 63 to claim the clubhouse lead in the first round of the Joburg Open today.

IN ANY other season Padraig Harrington could be pleased with third place in his defence of the shortened Iskandar Johor Open in Malaysia.

Murray on a charge in SA

Scotland’s George Murray needed only six holes of his third round to wipe out a four-shot deficit at the Alfred Dunhill Championship in South Africa today.

Martin hat-trick hopes up in smoke

Hoey hits final round 68 to keep stars at bay

MICHAEL HOEY has penned another impressive chapter in the remarkable story of Northern Irish golf after holding off illustrious compatriots Rory McIlroy and Graeme McDowell to win the Dunhill Links Championship.

Rory McIlroy today charged into the lead in the final round of the Dunhill Links Championship with a brilliant front nine of 30 at soggy St Andrews.

FOR a man who began the week with a performance that ranked as “the worst I have ever hit it as aprofessional,” Rory McIlroy left the Egyptian Open the knowledge that he is on the way back to his after finishing the tournament with his lowest score of the week, a four under par 68.

Harrington not in panic mode

PÁDRAIG HARRINGTON headed for Pebble Beach lastnight insisting that he is not in panic mode about his form or his fitness ahead of the US Open.

THOMAS BJORN and Carlos Del Moral both shot rounds of 65 to share a two-shot lead at the top of the Estoril Open leaderboard at the end of the second day.

James Morrison held his nerve to complete a one-stroke victory ahead of fellow Englishman Oliver Fisher in the Madeira Islands Open today.

ENGLAND’S James Morrison holds a one-shot lead at the halfway point of the Madeira Islands Open.

England’s James Morrison holds a one-shot lead at the halfway point of the Madeira Islands Open.

Treble top for Fahey and Hanagan

Richard Fahey’s terrific run continued when he completed a 503-1 treble with Jeannie Galloway, Faithful Ruler and She’s In The Money – all three ridden by stable jockey Paul Hanagan – on the first afternoon of Ayr’s three-day Western meeting.

HE MAY not carry as high a profile as the many other New Zealanders plying their trade in professional rugby on this side of the globe but in many ways Jason Holland is as vital a cog in the Munster machine as any player or any member of the backroom staff.

Jail for man who imprisoned and robbed two students

A man who subjected two students to an hour long ordeal in which they were tied up and robbed in their own apartment has received a five year sentence at Dublin Circuit Criminal Court.

Players at the World Amateur Team Championships starting in Stellenbosch on Thursday have been reminded that drug testing is to be carried out by the South African Institute for Drug-free Sport.

No joy for Irish in Wales

Unbeaten Rory McIlroy could not save Ireland from defeat in the Men's Home Internationals in Wales.

Irish champion Rory McIlroy gave his Walker Cup chances a boost when he finished third in the prestigious Lytham Trophy.

Man responsible for 'chilling' robberies to be sentenced

A man who committed robberies which his own defence counsel described as "chilling" will be sentenced on June 20, 2005 at Dublin Circuit Criminal Court.

The deconstruction and reconstruction of professional rugby through technology is now a critical part of a coach’s armoury. Munster’s Alan Gaffney is no different. Declan Colley reports on the anatomy of a Heineken Cup defeat to today’s opponents Castres.

The organisers of the Heineken Cup are to consider a review of their disciplinary and citing procedures after Munster's Marcus Horan was found innocent of making racist comments in a game against Neath Swansea Ospreys on October 31.

R&A selection chairman Peter McEvoy has named an initial squad of 29 players for next August's 40th Walker Cup, to be held at the Chicago Golf Club, Illinois.

IT’S been a Shannon trait in the All-Ireland League since its inception and thirteen years on, they’re still at it.

MUNSTER coach Alan Gaffney yesterday announced a 25 strong Munster squad from which the team to play Benetton Treviso in the Heineken European Cup at Thomond Park on Saturday will be picked tomorrow.

ONE of the more memorable aspects of Munster’s victory over Leicester in the Heineken Cup quarter-final was the impressive manner in which they prepared for the game.

WITH national champion and record-holder Paul McKee and runner-up Rob Daly opting for the 200m, bronze medallist Antoine Burke will carry Irish hopes in a star-studded 400m at the Dublin International Games tonight.