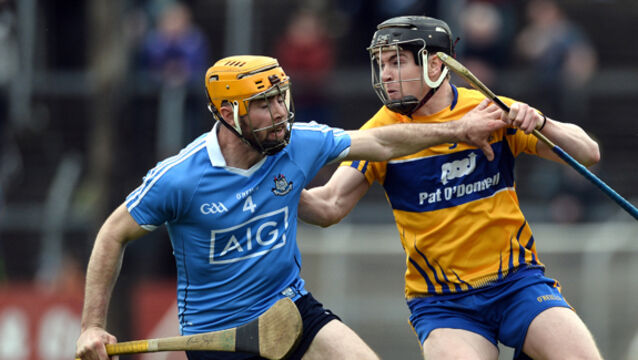 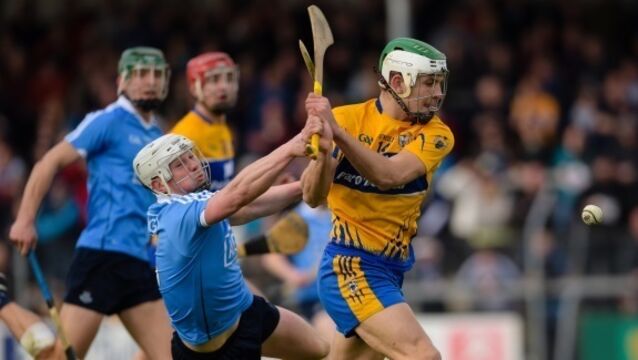 Clare took a massive step away from the relegation zone in Div 1A with this narrow victory over Dublin. 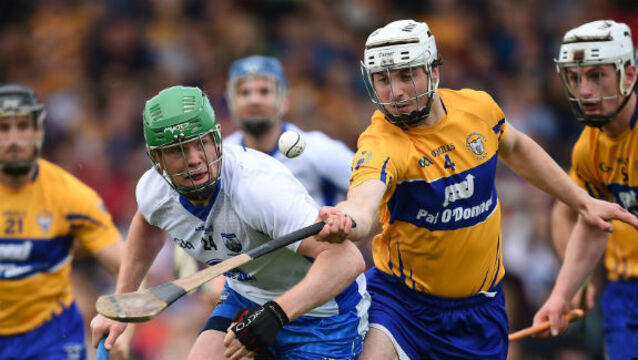 Tubber&rsquo;s Pat O&rsquo;Connor has been named as Clare senior hurling captain, though Tony Kelly will deputise for him in tomorrow night&rsquo;s Allianz HL Division 1A clash with Cork in P&aacute;irc U&iacute; Rinn (7pm).

Davy Fitzgerald: 'If we’re playing Galway, that they’ll be baying for blood '

Davy Fitzgerald: I don’t think one game makes us a bad team

Clare 5-32 Laois 0-12:&nbsp;Saturday evening&rsquo;s 35-point annihilation of Laois wasn&rsquo;t an exercise in remounting the horse given the Clare hurlers never fell off the beast in the first place. Or so Davy Fitzgerald was at pains to point out after this non-event in Ennis.

Tipperary were made to regret an awful display of free-taking as a 67th minute goal by substitute Aaron Shanagher sealed a Division 1 semi-final date with Kilkenny.

Michael Fennelly makes his first start of the year as one of a raft of changes to the Kilkenny side for tomorrow&rsquo;s Allianz Hurling League Division 1 quarter-final clash with Offaly at Nowlan Park (3.45pm).

Clare 1-21 Laois 0-16:&nbsp;Clare are underwhelming on performance but delivering the results.

Jackie Tyrrell makes his first since last year&rsquo;s Leinster final as one of five changes to the Kilkenny side for tomorrow&rsquo;s Allianz HL Division 1A clash with Galway at Nowlan Park tomorrow (2pm).

A lucky 14-man Clare somehow escaped Cusack Park with the win, largely thanks to goals from John Conlon and Tony Kelly.

O&rsquo;Shea has voiced his opposition to the proposal of the Central Council workgroup that All-Ireland hurling final replays take place six days after the drawn game.

Clare will meet Cork in the Waterford Crystal Cup semi-finals next weekend, following a slender 0-16 to 0-15 win over Tipperary at Sixmilebridge.

Banner back in business as Cats outfought

Banner side has familiar look for clash with Cats

Clare have named 12 of their All-Ireland winning team for tomorrow’s Division 1A league opener against Kilkenny in Ennis.

Grimley hits out at critical supporters

Manager Paul Grimley has hit out at “so-called fans” who want to criticise rather than support his Armagh side.

Mikey Barry clutches tightly his man of the match award and tries to make sense of the past 60 minutes.

Clare and Cork will meet again to decide the destiny of the Liam McCarthy Cup after a momentous decider finished level at Croke Park.

Murphy earns recall for Rebels as Kenny misses out

Cork make one change ahead of Sunday’s All-Ireland clash with Clare — Brian Murphy completes a recovery from a broken collarbone to line out at right-half-back in place of Tom Kenny.

Davy happy to get Clare back on front foot

Fitzgerald to give championship debuts to four players

Clare dump Cork into the wilderness

Banner give Rebels lesson in shooting

Win over Rebels moves Clare top of Division 1A

Ryan hits eight as Clare hang on for Galway scalp

Munster too strong for Connacht

Despite numerous attempts to give it publicity, despite the fact that it was tied to a very popular charity, Crumlin Children’s Hospital, last weekend’s Martin Donnelly Interpro football final in Croke Park was a bit of a damp squib, even if some of the biggest names in football were in action for both Ulster and Leinster.

Banner too slick for Rebels

Clare upset the odds against Dubs

Hickey is drafted in for Cody’s Cats

Noel Hickey replaces injured JJ Delaney in the only Kilkenny change from the team that beat Dublin for tomorrow’s Leinster final against Galway.

Waterford through to Munster SHC final