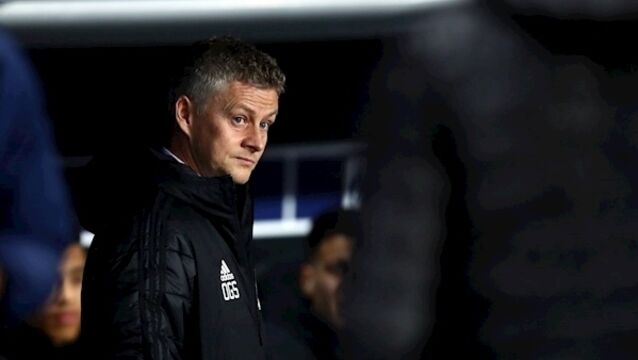 Terrace Talk: Manchester United - Ole not the only one looking over his shoulder

LET’S start by reminding ourselves of yesterday’s obvious prematch golden oldie: “That pitch looks so awful, it could be a real leveller; it might give United a chance”. 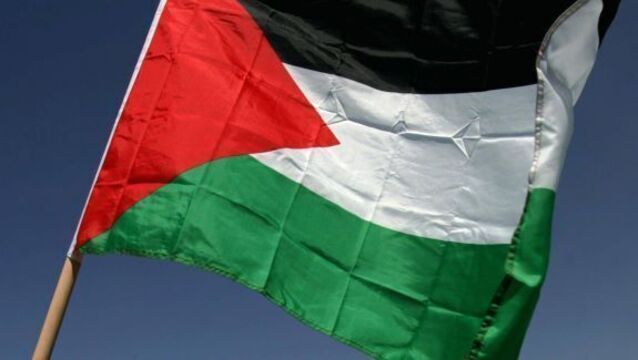 Letter to the Editor: Palestine could have been wound up in 1967

Palestine could have been wound up in 1967 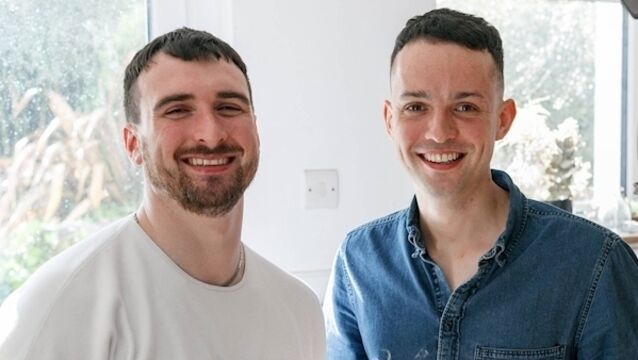 How to cook aubergine - the Currabinny chefs have the perfect recipes

In Currabinny, neither the little garden or the greenhouse have ever yielded much in the way of aubergine.

Here are 13 facts to mark another Friday the 13th

Arab foreign ministers have demanded that the United States rescind Donald Trump's decision to recognise Jerusalem as Israel's capital, calling it a "grave" development that puts Washington on the same side as "occupation" and the violation of international law.

Palestinian president warns US against recognising Jerusalem as Israel's capital

The Palestinian president has warned that US recognition of Jerusalem as Israel's capital would jeopardise the White House's nascent Mideast peace efforts.

Symbolic step of Ireland recognising Palestine would mean so much

It is time for Ireland to stop procrastinating, show some real vision, and summon up the courage to formally recognise the state of Palestine, writes TP O&rsquo;Mahony.

IT is now nearly 70 years since George Orwell&rsquo;s fabulously dystopian novel Nineteen Eighty-Four was published and in that time it has become one of the most influential books ever written.&nbsp;

Palestinian flag flying atop our municipal buildings is about attaining the summit, in a hierarchy of victims, says Gerard Howlin.

Eight men are in custody in connection with Monday's atrocity, with police and security agencies working at pace amid fears of further attacks.

Book review: The End of Eddy

This is a tale of poverty, inequality, and injustice in 21st century France.

THE opening pages of Conquerors are brimming with eye-popping facts, images and incidents.

Israeli firefighters have reined in a blaze that had spread across the country's third-largest city of Haifa.

When a game series becomes primarily known, and bought, for it&#39;s deep and dense multiplayer mode the incentive to continue to provide a single player alternative must be increasingly small.

The foundation of the Jewish state was full of empty promises that would be impossible to keep &mdash; the endgame is likely to be a civil war or ethnic cleansing, or a non-democratic state writes JP O&rsquo;Malley.

Raise your glasses to Irish whiskey

In the 1980s there were just two distilleries in Ireland. Today there are at least a dozen. Peter Mulryan explores this boom in his new book, The Whiskeys of Ireland, writes Leslie Williams.

In an update to her weekly column, Victoria White, argues that we can&nbsp;never come to the beginning of the end of atrocities such as Nice if we don't understand that Bastille Day doesn't mean the same thing to many Arabs as it does to the French.

Book reviews: ISIS A History and Islamic Exceptionalism: How the Struggle Over Islam is Reshaping the World

Not all countries in the Middle East aspire to a western-style democratic model and it is this misunderstanding of people&rsquo;s needs that has led to the inexorable rise of IS, writes JP O&rsquo;Malley.

Amnesty International is equal in its condemnation of Palestine atrocities

Given Orla O&rsquo;Neill (Letter Irish Examiner, April 11), puts such great store in what Amnesty International has to say, it is reasonable that she also pays attention to what it has to say about the Palestinians whose delusions she panders to.

QUIRKY WORLD ... Zookeeper jumps at the chance of being a ‘mum’ after joey is orphaned

USA:&nbsp;A keeper at a North Dakota zoo has become a first-time mother.

End ‘anoikis’ in Middle East to win the war on terror

Hernando de Soto wonders how long it will take the West to remember that democratic capitalism requires strong property rights to set&nbsp;clear boundaries beyond which the state may not go? Without them, the situation in the Middle East will remain volatile for years to come

VIDEO: Here are 13 facts to mark another Friday the 13th

Today marks another Friday the 13th on our calendars, writes Breda Graham.

Israel must be called to task on mixed marriage

I wish to set the record straight in relation to FR Baigel claims (Irish Examiner, Nov 6) that I wrote erroneously about Israeli civil law not permitting marriages between Jews and non-Jews (including Palestinians).

Betty Purcell&rsquo;s heartfelt advocacy on behalf of the Arab population in the West Bank is clearly genuine, she describes how &ldquo;as a teenager, I planned to go and work on a kibbutz, believing that Israel was building an equal and fair society.

Here are 13 facts to mark another Friday the 13th

Today marks another Friday the 13th on our calendars.&nbsp;

If Israel is an ethnocracy, I wonder how your correspondent (Letters, November 2) would define other states in the region? Saudi Arabia doesn&rsquo;t allow Jews to come and work in the kingdom, let alone live there.

Jack O&rsquo;Neill takes me to task for offering &ldquo;only one fact&rdquo; to support the argument that Israel is not an apartheid state, however, it is clear he is blurring the distinction between discrimination against a minority as practised in Ireland against the Travelling community, and the segregationist policies of apartheid era South Africa (Letters, 26 October).

Ethnic cleansing was perpetrated by Arabs

Zoe Lawlor (Letters, October 22) laments the lack of &ldquo;context&rdquo; in media coverage of the wave of stabbings and shootings of Israeli Jews by Palestinian Arab assailants.

Discrimination enshrined in law proves Israel is an apartheid state

In an attempt to deny the existence of apartheid in Israel, Dr Kevin McCarthy offers only one &lsquo;fact&rsquo; &mdash; &ldquo;After the 2015 election, 16 Arabs were elected to the Knesset&hellip;&rdquo; (Letters, October 21).

In a report in the Irish Examiner (World, October 20) on the most recent escalation of violence in Palestine/Israel, this line appears: &ldquo;During a month of violence, nine Israelis and the Eritrean have been killed in a wave of shootings and stabbings by Palestinian assailants.&rdquo;

Realpolitik is based on practical and material factors not simplistic views

Michael A Moriarty suggests that I am &ldquo;either delusional or indoctrinated by Zionist propaganda&rdquo; because I argued the Palestinian leadership was disconnected from realpolitik after it abandoned a possible resumption of two-state negotiations with Israel (Letters, October 10).

An Eritrean refugee shot by an Israeli security guard and then attacked by bystanders who mistook him for an assailant in a fatal bus station attack has died.

Temple Mount creates a standoff between Israeli Jews and Muslims

The increasingly violent assaults by Israeli Arabs on Israeli Jews has been portrayed in the global media as a consequence of Muslim fears that Israel plans to sieze Al-Haram al-Sharif (more commonly known as Temple Mount or the Dome of the Rock) the third holiest site of Islamic pilgramidge.

The producers of the TV series Homeland thought graffiti in Arabic would be an authentic addition to the background of their Syrian refugee camp set.

Graffiti artists hired by Homeland have &rsquo;hacked&rsquo; the hit show by covering a backdrop in the latest episode with mocking Arabic slogans.

An Israeli air strike has killed a pregnant Palestinian woman and her two-year-old daughter in Gaza, health officials said.

It’s propaganda to suggest Arabs are equal in Israel

I have lived and worked in Israel, on two separate occasions.

Daniel Teegan&rsquo;s reaction to the increasingly tense situation between Jews and Arabs in Israel and the West Bank is sadly typical but not surprising as he instinctively blames the rising violence on &ldquo;the &lsquo;dumb&rsquo; political mind behind the racial and cultural status of Israel&rsquo;s control&rdquo; (Letters, October 8).

Camerawoman fired for kicking refugees as they fled from police

A Hungarian camerawoman for a nationalist online TV channel has been fired after reporters filmed her kicking and tripping refugees as they fled from police.

REUNION tells the story of Hans Schwarz, a lonely Jewish boy, and the friendship he forms with an equally lonely new arrival at their exclusive Stuttgart high school, Konradin von Hohenfels.

Daniel Teegan (Irish Examiner, Letters 25/6/15) distorts the reality of Israel, saying it is a continuation of Western colonialism in the Middle East.

Israel rightly created on the site of the original Jewish homeland

Daniel Teegan is ignorant of history (Irish Examiner, Letters, June 25). He bemoans the creation of Israel, in 1948, on the basis that the Palestinians lived there for thousands of years.

It&rsquo;s remarkable how selective apologists for the myth of a Palestinian state are about what&nbsp;offends them.