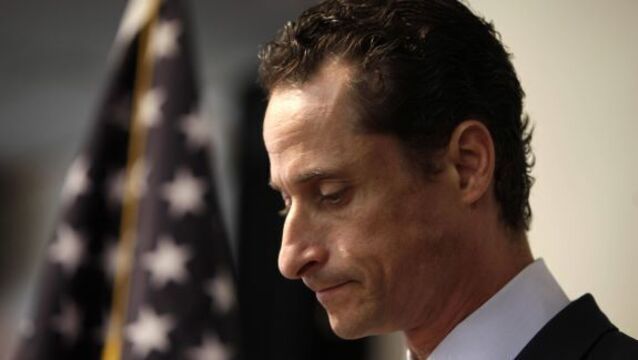 Disgraced former US congressman Anthony Weiner should be spared from prison at his sentencing for sexting with a 15-year-old girl who dreamed about affecting the US presidential election, his lawyers said. 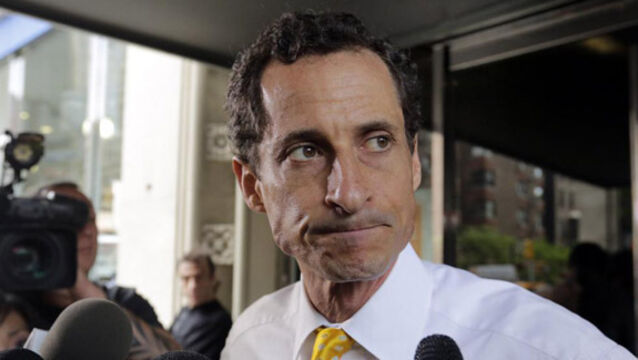 Former congressman Anthony Weiner has wept in court as he apologised to a 15-year-old girl with whom he exchanged sexually explicit texts. The US attorney's office in Manhattan, New York, said the Democrat will appear in court on Friday.

She's guilty and she knows it, Donald Trump rages as FBI clears Hillary Clinton over emails

Tuesday evening briefing: Raft of issues around HSE investigation. Catch up on all the headlines

Most people didn&rsquo;t think it was possible, but FBI director James Comey &mdash; as is now known by everyone who hasn&rsquo;t been locked down in a Zen monastery for the past few days &mdash; has just increased the craziness of this already loony and deeply depressing presidential election campaign, writes Suzanne Garment &nbsp; &nbsp;

Vice-president Joe Biden had the best response when he learned that the latest investigation into Hillary Clinton's emails was coming from a device owned by&nbsp;disgraced ex-congressman Anthony Weiner.

The FBI's director has been warned he could have broken US law by announcing an investigation into emails potentially linked to Hillary Clinton.

Hillary Clinton on FBI email inquiry: 'We're not going to be distracted'

Hillary Clinton enters the final full week of the US presidential race on the defence once again over her use of a private email system.

Huma Abedin, a longtime aide to Hillary Clinton, announced she is separating from former Representative Anthony Weiner following a report he again exchanged sexually charged messages with another woman.

Tarzan is back in an action packed new take on the classic story this week, and it&#39;s a quiet enough time at the cinema otherwise.

The feud between Republican presidential contenders Donald Trump and Ted Cruz over their spouses heated up, with Cruz calling the party frontrunner &ldquo;a snivelling coward&rdquo; for threatening his wife on Twitter.

Donald Trump will decide soon whether to mount a third party bid if he loses the Republican nomination for president, the real estate mogul said.

Ireland has had its share of political sex scandals, which will continue to happen unless we tackle the ‘boys will be boys’ culture and get more women involved in running the country, writes Bette Browne

Dennis Rodman, the ex-basketball star who visited North Korean dictator Kim Jong Un, has been slam dunked by GQ magazine, which has named him least influential celebrity of 2013.

Ex-congressman and struggling mayoral candidate Anthony Weiner said a video showing him in a shouting match with a bakery customer is just an example of him putting a heckler in his place.

SEXTING is trouble — the tabloids are full of stories of the heartbreak caused by scrolling through a partner’s phone.

QUIRKY WORLD ... Our daily look at some of the world’s stranger stories

The chief spokeswoman for embattled mayoral candidate Anthony Weiner has apologised after she went on an expletive-laced tirade about a former campaign intern in an interview with a political news website.

Headline of the day

The Metro Herald in Dublin pulls no punches with this piece of class.

Anthony Weiner has vowed to stay in the race for New York City mayor despite the resignation of his campaign manager.

Sex scandal US mayor to get therapy

The mayor of San Diego announced he will undergo therapy after several women accused him of sexual harassment that included kissing and groping but resisted widespread calls for his resignation.

Anthony Weiner’s rivals were split last night on whether the ex-lawmaker should drop his bid for mayor of New York after he admitted that he continued to send sexual messages to women he met online even after he was forced out of Congress over the issue.

Would-be New York mayor Anthony Weiner has said the revelation he sex texted a young woman months after resigning from Congress for similar behaviour would not force him to quit the electoral race.

Gilmore is unlikely to recover from latest blows

DESPITE being a bit of a lefty by Labour’s irredeemably bourgeoisie Chardonnay-socialist standards, when Colm Keaveney became party chairman it was always clear he would be less Chairman Mao, more Chairman Row, and so it has proved.

CELEBRITIES may want to resist the urge to send a stream of consciousness on Twitter in the New Year after so many of them tweeted their way into trouble on everything from boxer briefs to breast-feeding in 2011.

Sex addiction: An excuse for infidelity or genuine disorder?

The overwhelming need for sexual satisfaction can destroy lives, but there is hope for recovery, writes Jackie Frank

SEARED by scandal, New York politician Anthony Weiner announced his resignation from the US Congress yesterday, done in by lewd photos he took of himself, sent to women online and then adamantly lied about after being caught.

Embattled US representative Anthony Weiner is resigning from Congress, saying he cannot continue in office amid the intense controversy surrounding sexually explicit messages he sent online to several women.

Disgraced US congressman set to quit

Embattled Democratic congressman Anthony Weiner is telling friends he will resign amid the row over his sexually charged online relationships with several women.

AN online action figure company has jumped on the Anthony Weiner sex-texting scandal bandwagon with a doll of the New York congressman in two versions — censored and uncensored.

An online action figure company has jumped on the Anthony Weiner sex texting scandal bandwagon with a doll of the New York congressman in two versions: censored and uncensored.

US President Barack Obama, increasing pressure on Democratic Representative Anthony Weiner to quit, said that "I can tell you that if it was me, I would resign."

REPRESENTATIVE Anthony Weiner announced he is entering professional treatment at an undisclosed location and requested a leave of absence from the US Congress, as he came under fierce pressure from fellow Democrats to resign in a sex-texting scandal.

Representative Anthony Weiner announced yesterday he is entering professional treatment at an undisclosed location and requested a leave of absence from the US Congress as he came under fierce pressure from fellow Democrats to resign in a sex texting scandal.

Jennifer Garner and Ben Affleck would support Alec Baldwin if he ran for mayor of New York.

TRUTH and politics make strange bedfellows at the best of times.

SCANDAL-SCARRED Anthony Weiner is clinging to his perch in US Congress despite new efforts to pry him away and a pair of developments that might inspire others in his position to give up the fight: A newly released X-rated photo that Weiner purportedly took of himself has turned up on the internet, and his wife of less than a year, Huma Abedin, is pregnant.

An angry Barack Obama defended his tax deal with Republicans and hit back at critical fellow Democrats, warning them against becoming too ideologically pure and self-satisfied.

HUNDREDS of videos inciting violence, including some linked to the suspected al-Qaida mastermind of the cargo plane terror plot, were removed from YouTube yesterday.