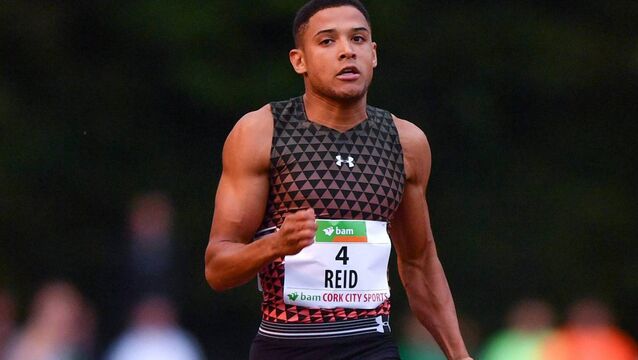 Of all the ways his story could gave gone, this one existed on the outer edges of realism. 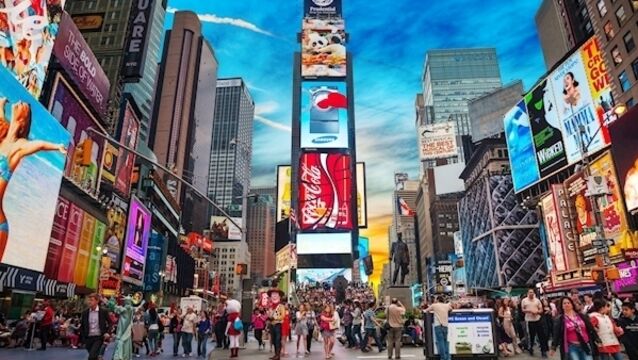 Letter to the Editor: Time for West to alleviate suffering

Wake up, Wall Street, and realise life is fragile and you won’t be leaving here alive, so, no use being the richest bones in the graveyard, or the richest ashes and dust in an urn. 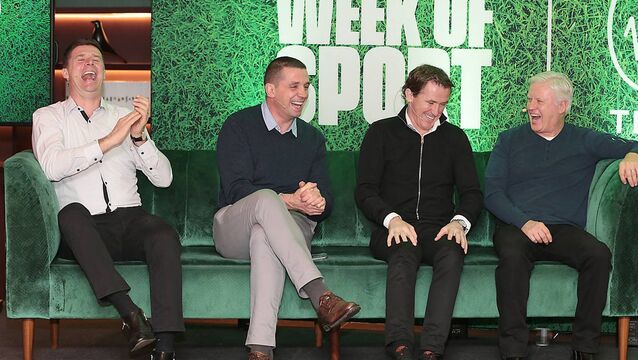 Quinn: FAI will honour contracts to McCarthy and Keane

Niall Quinn insists the FAI has no option but to honour the contracts issued by former CEO John Delaney to Mick McCarthy and Robbie Keane.

Nations League draw: 'If Stephen Kenny was watching back home he will be very happy'

Slovakia clash could be played behind closed doors

The country has become a battleground for larger powers competing for its oil and attempting to dominate the Arab world, writes Bernard Haykel

Irish fans will have access to an increased allocation of 2,200 tickets for the Republic's Euro 2020 play-off away to Slovakia.

Nevin netted the only goal of the game in the 76th minute as Paul Osam’s side began the tournament in the perfect fashion.

UN human rights experts have expressed fears for the safety of Irish IS supporter Lisa Smith’s infant daughter raising the prospect that she could be abused in custody.

A car bomb has killed at least 18 people in a Syrian town controlled by Turkey-backed opposition fighters, activists have said.

Pastor Paula is praying for the president

To ensure his re-election to the White House, Donald Trump must retain the backing of the white evangelicals who put him there in the first place, writes Bette Browne

England and the Czech Republic both qualified for the Euro 2020 finals with wins over Montenegro and Kosovo respectively to take the top two spots in Group A.

A Syrian protester has died after he was run over by a Turkish military vehicle conducting a joint patrol with Russian troops in north-eastern Syria, a Kurdish spokesman and a Syrian war monitor said.

We live in a world where investors often operate with incredibly short time horizons.

Turkey defies Nato allies in Syria as Russia steps in

Russia has said it is working to prevent a conflict between advancing Turkish and Syrian government forces, as Turkey’s president defied growing pressure from Western allies for a ceasefire in northern Syria.

Letter to the Editor: EU and US as guilty of fomenting war as Turks

President Michael D Higgins was right when he criticised the Turkish military intervention in Syria: “I am appalled by any possibility of coercion or forced returns of refugees and underline, in the strongest terms, that any attempt at demographic change is not acceptable.”

The Turkish lira fell back in the face of US and European threats of sanctions and embargoes, though sceptical traders said it would weaken much further if Western allies turn words into action over Turkey’s incursion in Syria.

Letter to the Editor: Ramifications of America abandoning the Kurds

What Turkey is doing in Syria has serious implications for the rest of the world. International laws are being violated, civilians are being displaced, local demography is being changed and lives are being risked.

Cristiano Ronaldo scored his 700th career goal as Portugal fell to a 2-1 defeat to Ukraine, who became the fifth team to qualify for Euro 2020.

As gardaí prepare a file on Irish woman Lisa Smith for possible terrorist offences committed in Syria, it has emerged that 20 suspected jihadists have been arrested in Ireland since 2015.

Turkish ground forces have moved across the border to fight against Kurdish fighters in northeastern Syria, hours after Turkish jets and artillery pounded areas in Syria’s northern border

What Trump’s decision to abandon Kurdish fighters in Syria means for the Kurds, Assad, and Russia

Why the US decision to withdraw troops from northern Syria is so dangerous.

Turkish president Recep Tayyip Erdogan has announced that a Turkish military operation into Syria has started.

A union has described talk of a confirmed buyer for British Steel as “pure speculation”.

Lock them out, they’ll find another way in

Access to global networks is a great source of power but it must be used with responsibility and not be taken for granted, write Anne-Marie Slaughter and Elina Ribakova

Ireland’s Under-21 women and men’s team salvaged upbeat wins to their European campaigns though the ultimate feeling will be of missed opportunities for both.

The first shipment of a Russian missile defence system has arrived in Turkey, the country's defence ministry says, a development that could move the country closer to US sanctions.

US must help negotiate peace in Syria or killing will escalate

The withdrawal of American troops late last year was premature, with fighting intensifying in Idlib province, say Charles A Kupchan and Sinan Ülgen

Swing to the right slowing? Hints of a change on the wind

Anyone steadfast enough to cling to the belief that liberal, live-and-let-live democracy committed to social justice remains the very best way to order our affairs need not look very far to see reasons to despair.

Unanimous points victories for Michael Nevin, James McGivern and Regan Buckley have continued Ireland’s positive boxing run at the European Games in Minsk – but heavyweight Tony Browne is out.

Turkish President Recep Tayyip Erdogan has claimed former Egyptian president Mohammed Morsi did not die of natural causes but that he was killed.

McNair delivers for North at Euros

Alan Browne eager to get the green light

So there was Mark Travers talking to us at Ireland base camp on the Algarve on Tuesday, buzzing with enthusiasm at his second international call-up and all teed-up not only to show off his golfing prowess to the rest of the squad but, more importantly, confirm on the training pitch that he would be ready to step into the breach, should anything befall Darren Randolph, for Ireland’s upcoming Euro 2020 qualifiers.

Noel Mooney: A shame shadow has been cast on good work of FAI

It might be only for six months but Noel Mooney has clarified that he is joining the FAI “full-time to lead the administration” for that period.

Dozens of international aid groups have warned that humanitarian conditions in Syria's north west have reached a new "crisis point", as government troops push to retake the rebels' last stronghold.

President Xi’s repression of Muslim minorities is redolent of the Soviet Union’s gulag and will foster a new generation of Islamist domestic terrorists, says Brahma Chellaney

Follow rolling coverage of this evening's Brexit developments as they happen.

Reader's Blog: Trump shows his political skills against the Democrats

Trump shows his political skills against the Democrats

Doherty has been poorly served by his country

Mick McCarthy has never had much truck with spin.

Rice saga sees our rejection and their casual entitlement

As the future relationship of Ireland and Britain is battled over in the fraught anterooms of Westminster and Brussels, this week also saw an escalation in the real Anglo-Irish conflict of our time.

Final heating up of the Rice age

The FAI have confirmed that Declan Rice has been named Ireland’s Young Player Of The Year, the announcement coming, with crushing irony, on the eve of what is expected to be his first call-up for England.

We must do everything to avert chaotic Brexit

With the UK’s departure, Europeans will lose an economic and military powerhouse, a move symptomatic of our wider loss of influence and relevance, says Sigmar Gabriel.

It would be mackerel stupid to believe that the international campaign to expel Saddam Hussein’s army from Kuwait in 1990 was undertaken, at vast expense in lives, treasure, and political-system capital, to defend democracy — or for what then passed, and still does, for democracy in the Middle East. There was other, far more lucrative skin in that game.