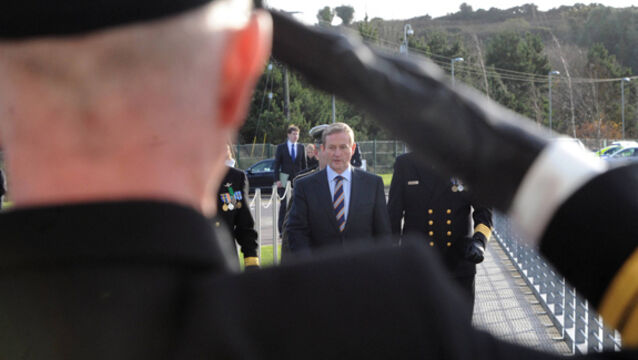 The Irish Naval Service (INS) was disappointed by the decision of UCC and Cork Institute of Technology to shut down earlier this year a maritime research facility on which the three collaborated.

Delia O’Callaghan spent 15 years building a successful life in the US but one day found herself behind bars. Colette Sheridan hears how she drew from her experience for her new book. 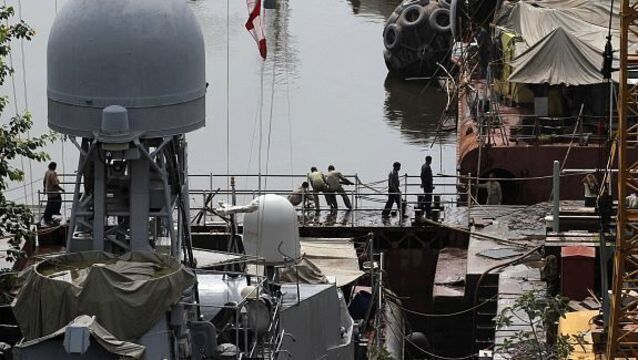 All 18 sailors on a docked Indian navy submarine crippled by a pair of explosions are feared dead.

Several state-appointed board members responsible for running the Irish National Stud shared in the benefits of bloodstock investments that netted the company €3.6m last year.

National Stud stays in public ownership but board to be overhauled

THE controversial Irish National Stud will remain in public ownership, but the revamp of its boardroom will continue with the appointments of new directors, according to Agriculture Minister Simon Coveney.

THE controversial semi-state company, the Irish National Stud (INS), continued to lose money last year while at the same time increasing the level of business it was involved in with members of its Government-appointed boardroom.

Stud chief: Inside dealing rules need to be tightened

THE Irish National Stud (INS) has conceded it must tighten up rules on the conduct of its key personnel in inside deals involving its stallions.

THE Irish National Stud is set to post a deficit of &euro;4 million for 2009. New chief executive of the semi-state company John Osbourne said after a loss of &euro;2.4m in 2008, even the benefits of multi-million euro windfall deals in recent years, and a &euro;9.9m profit in 2007, had been wiped out.

Private clients connected to National Stud paid €235,000 to use facilities

PRIVATE studs connected to key personnel at the Irish National Stud (INS) spent &euro;235,199 over nine years to avail of the breeding facilities at the semi-state farm.

THE former chief executive of the Irish National Stud (INS) John Clarke was responsible for 60% of staff travel expenses’ claims for the company in 2008.

AN internal Irish National Stud audit found its former chief executive John Clarke accounted for 60% of the total staff travel expenses bill for most of 2008.

INDEPENDENT auditors Kealy Mehigan were commissioned by the Irish National Stud to examine 10 months of expenses bills incurred by its staff members.

THE Irish National Stud has defended the expenses bills for its seven-member board of directors which totalled &euro;85,397 between 2001 and 2009.

Stud says it ‘got good value in staff deals’

THE Irish National Stud has tried to explain away the origins of €719,000 worth of un-tendered business deals between it and its key personnel.

Minister has to decide board's fate

BOARD members of the Irish National Stud and chairwoman Chryss O’Reilly are in a battle to retain their prestigious positions.

Minister told to get tough with stud board

AGRICULTURE Minister Brendan Smith has been told to shake up the board of the Irish National Stud by the chair of the Dáil’s spending watchdog, who said the company was run like “Fás on overdrive”.

BUSINESS deals at the Irish National Stud (INS) worth €718,000 were not put to competitive tender and were awarded to firms run by some of its key personnel.

High Court injunction proceedings brought by a manager at the Irish National Stud, who claims she was bullied by her ex-boss after she ended their affair, aimed at restraining the company from placing her on medical leave, has been resolved.

A MANAGER at the Irish National Stud (INS) has told the High Court how repeated sexual assaults and bullying at work drove her to attempt suicide.

OF ALL the investments made in the name of the state during the boom, the 2002 purchase of a controlling stake in a five-year-old stallion, Invincible Spirit, was perhaps the most spectacular.

THREE senior figures in the Irish National Stud received &euro;2.9 million for their share-holding in a prized stallion in which the Government-owned company was the biggest shareholder.

THE man who investigated bullying and harassment allegations at University College Cork has been appointed to help run the embattled Irish National Stud (INS) on a temporary basis.

AN investigation into the entire business operations of the Irish National Stud has been called for in the wake of revelations of high-level bullying at the company.

SURGING obesity and diabetes rates are set to fuel kidney disease at a time when overcrowding at dialysis units is forcing patients to travel excessive distances three times a week for life-saving treatment.

IRELAND’S first dedicated maritime college was in ship-shape form yesterday and is ready to open for lectures next Monday.

Rapper Ricky “Slick Rick” Walters said today he still cannot believe he was freed from jail more than 17 months after US officials moved to deport the British-born star and locked him up.

7m illegals living in US

The number of immigrants living illegally in the United States jumped by a million in under four years, the government reported.

A US-BASED Muslim political activist claims gardaí warned him he faced spending weeks in jail after he was stopped at Shannon Airport by American immigration officials and handed over to Irish authorities.

WHO is behind the recent spate of visa refusals for hurlers travelling to New York for weekend games? That’s a question that’s been exercising the minds of many GAA people in New York in recent weeks, particularly those who have been adversely affected.

AN Irish couple who were falsely linked with Middle East terrorists and jailed in the US have filed a $101m lawsuit.

A British rapper has spoken to a US national radio show from his Florida prison cell, where he is awaiting deportation.

British September 11 widow fights to stay in the US

A Briton who lost her husband in the September 11 attacks on the World Trade Centre in New York is fighting US authorities who want her to leave the country, it was reported today.

Saddam's son arrested in US

Saddam Hussein’s stepson has been arrested on immigration charges in Florida, where he had enrolled to take classes at a flight school, authorities said.

Berkoff deported from US

Steven Berkoff has played a nemesis to stars ranging from Eddie Murphy to Sylvester Stallone.

Civil rights lawyers in the US have said they planned to sue US Attorney General John Ashcroft and other officials, alleging widespread abuse of Middle Eastern men detained on immigration violations after September 11.

US president George Bush said he was ‘‘plenty hot’’ to learn that student visas for two September 11 hijackers were delivered months after they flew planes into New York’s World Trade Centre.

The American government tonight faced embarrassment when a flight school where two of the September 11 hijackers trained received a letter saying they had been approved for visas.

The US Justice Department has identified about 6,000 Middle Eastern men who have ignored deportation orders and given their arrest top priority in efforts to find foreigners illegally remaining in the country.

Foreign nationals will not be deported from US

Foreign nationals who lost relatives in the US terror attacks will not face deportation from America, officials say.

Nearly 8,000 people from 39 countries have been arrested this month in the US.