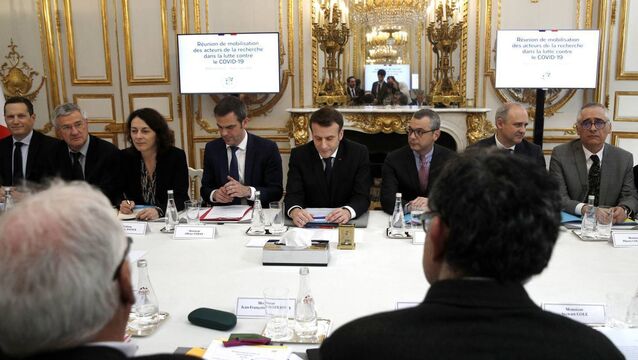 Ireland’s Six Nations’ trip to Paris next weekend is on course to go ahead as scheduled despite concern over the spread of the Covid-19 virus. 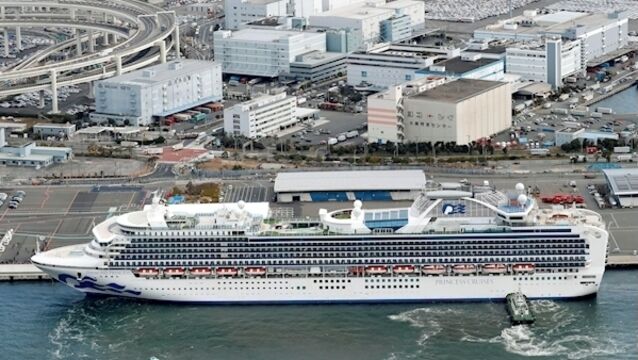 Two Irish passengers are confined to their cabins on a cruise ship off the coast of Japan over coronavirus fears. 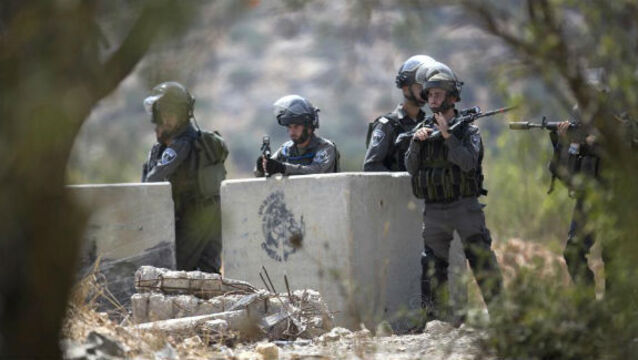 Two Palestinians have been killed by Israeli fire and another 60 injured at a protest along the Gaza border amid Egyptian efforts to broker a ceasefire, Gaza's Health Ministry said.

Gunmen on motorbike kill at least 10 outside Cairo church

UPDATE: Death toll rises to 71 in Taliban attacks on Afghanistan

Egypt's president says a suicide bomber caused the explosion that killed 24 Christians during Sunday Mass at a Cairo chapel.

At least 82 people have been killed in Yemen after an air strike by a Saudi-led coalition targeted a funeral hall packed with mourners.

At least 11 police officers have died and 78 other people are injured after Kurdish militants attacked a police checkpoint in south-east Turkey with an explosives-laden truck.

Israeli forces disguised in traditional Arab outfits, including one impersonating a pregnant woman and others appearing to have fake beards, burst into a hospital, killing one man during an arrest raid caught on video that outraged Palestinians.

Saudi Arabia has partly blamed the construction giant Saudi Binladin Group for the collapse of a crane at Mecca that killed at least 111 people and injured over 390 ahead of the hajj.

A suicide bomber blew himself up just steps away from the ancient Egyptian temple of Karnak in Luxor, a southern city visited by millions of tourists every year, security and health officials said.

Eight Indian women have died and 20 others are in a critical condition after having sterilisation surgery under a free government-run programme to help slow population growth.

Gaza Action Ireland is renewing its call for the immediate expulsion of the Israeli ambassador.

The number of Ebola victims in west Africa may "vastly underestimate the magnitude of the outbreak", the World Health Organisation has said.

Priest with Ebola returns to Spain

A Spanish missionary priest who tested positive for the Ebola virus has landed in Spain on a flight from Liberia.

No let-up in Gaza civilian slaughter

Israeli shelling killed at least 15 Palestinians sheltering in a UN-run school and another 17 near a street market yesterday, Gaza&rsquo;s Health Ministry said, with no ceasefire in sight after more than three weeks of fighting.

Israeli shelling killed four boys on a Gaza beach yesterday, a local health official said, and Palestinian militants fired more than 100 rockets into Israel after a failed Egyptian attempt to halt more than a week of warfare.

Thousands fled their homes in a Gaza town yesterday after Israel warned them to leave ahead of threatened attacks on rocket-launching sites, on the sixth day of an offensive that Palestinian officials said has killed at least 160 people.

Israeli air strikes targeting Hamas in Gaza have hit a mosque as the Palestinian death toll topped 120 in an offensive that shows no signs of slowing down.

The whereabouts of Ukrainian president Viktor Yanukovych were unclear today, a day after he left the capital and his arch foe Yulia Tymoshenko was freed from prison and returned to Kiev to address a massive, adoring crowd.

Hours after her release from prison, former Ukrainian Prime Minister and opposition figurehead Yulia Tymoshenko appeared before an ecstatic throng at the protester encampment in Ukraine’s capital today.

It has been reported that the Egyptian Vice President Mohamed El Baradei has resigned.

Doctors struggle with flow of casualties from protests in Cairo

A bomb blast outside the security headquarters in one of Egypt’s Nile Delta cities has wounded 19 people, raising fears of deteriorating security after president Mohammed Morsi’s removal.

At least 34 people have been killed in an attack outside the headquarters of the Republican Guard in Cairo, an Egyptian Health Ministry official has said.

Hundreds of thousands thronged the streets of Cairo and cities around the country and marched on the presidential palace, in an attempt to force out the Islamist president with the biggest protests Egypt has seen in two years of turmoil.

The Egyptian army has deployed tanks outside the presidential palace following fierce street battles between supporters and opponents of Mohammed Morsi that left five people dead and more than 600 injured in the worst outbreak of violence between the two sides since the Islamist leader’s election.

Violence breaks out at Greece Demo

Hundreds of youths pelted riot police with fire bombs, bottles and chunks of marble today as another Greek anti-austerity demonstration descended into violence, less than a month after more intense clashes broke out during a similar protest.

Hundreds of youths have pelted riot police with petrol bombs, bottles and chunks of marble as yet another Greek anti-austerity demonstration descended into violence.

The World Health Organisation (WHO) is giving China’s health minister an award for tackling smoking.

Ukraine parliament bans smoking in public ahead of Euros

Ukraine’s parliament has banned smoking in most public places ahead of the Euro 2012 football championship in June.

Peru’s Health Ministry is urging people to stay away from Pacific beaches from Lima northward after recent large-scale deaths of pelicans and dolphins.

Syrian officials involved in the brutal suppression of anti-regime protests will eventually be held accountable for their actions, Western diplomats have warned.

Children thought to be among 25 dead in Syria blasts

Twenty-five people have been killed and 175 wounded in two explosions that targeted security compounds in the northern city of Aleppo, Syrian media reports.

At least 73 people have died in clashes after a football match in Egypt, state TV says.

Hundreds of Egyptian soldiers swept into Cairo’s Tahrir Square today, chasing protesters and beating them to the ground with sticks and throwing journalists’ TV cameras off balconies in the second day of a violent crackdown on anti-military protesters that has left nine dead and hundreds injured.

Two protesters have been killed by gunfire in clashes between Egyptian soldiers and anti-military protesters today, according to witnesses.

Traces of radiation from Japan's wrecked nuclear plant have been found in baby formula, the latest case of contaminated food from the disaster.

Egypt’s civilian cabinet offered to resign after three days of violent clashes between demonstrators and security forces in Tahrir Square – but the action failed to satisfy protesters deeply frustrated with the new military rulers.

More than 500 injured in Cairo clashes

Protesters broke into the Israeli Embassy in Cairo last night and dumped documents out of the windows as hundreds more demonstrated outside, prompting the ambassador and his family to leave the country.

The Libyan government said civilians were killed in a Nato airstrike that hit a residential neighbourhood in Tripoli, adding to charges that the alliance is striking non-military targets.

A MAJOR aftershock rocked north-east Japan yesterday and a tsunami warning was issued for the coast devastated by last month’s huge quake and tsunami that crippled a nuclear power plant.