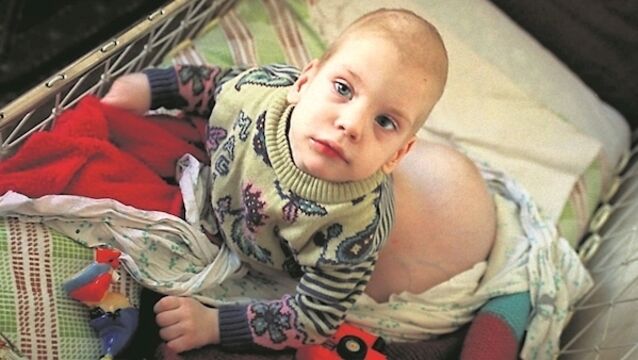 Kevin Barry in Chernobyl: ‘Misha is an example of what happens when a country is on its knees’

In 2000 the Irish Examiner sent Kevin Barry, now longlisted for the Booker Prize for his novel Night Boat to Tangier, to Chernobyl. Here we reproduce what he reported. 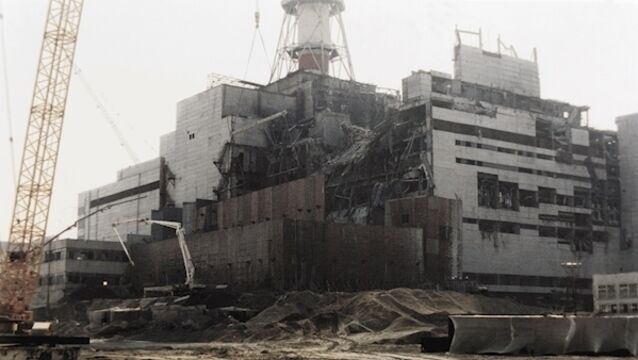 Reactor number four of the Chernobyl Nuclear Power Plant suffered an explosion during a technical test on April 26, 1986. As a result of the accident, in the then Soviet Union, more than 400 times more radiation was emitted than that released by the atomic bomb dropped on Hiroshima (Japan) in 1945. It remains the largest nuclear accident in history. 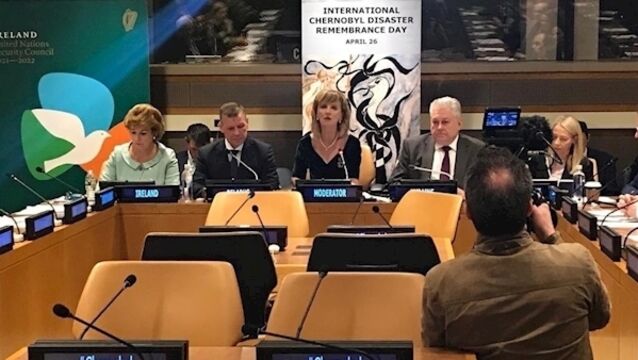 Ireland's Chernobyl Children International is at the centre of a UN commemoration ceremony in New York tonight.

Fall-out survivor honoured to be named to Chernobyl charity board

Cadbury Ireland is among a growing number of Irish-based companies reported to have been hit by the latest global cyber attack.

Update 8:11pm: Shipping group Maersk has been affected by the ongoing global cyber attack as its computer systems failed across multiple regions, including Ireland and the UK.

Chernobyl crusaders Adi Roche and Ali Hewson are taking several core donors who helped sustain their charity during the recession on a fact-finding mission to the nuclear disaster-affected region today.

Charity founder Adi Roche has appealed to all children and families to remember, on this Wednesday, the Chernobyl disaster which occurred 31 years ago.

The United Nations agreed last night to an Irish charity&rsquo;s call to designate April 26 as UN International Chernobyl Day as a lasting reminder of the world&rsquo;s worst nuclear accident.

Chernobyl charity campaigner Adi Roche has dedicated her Freedom of Cork award to the survivors and victims of Chernobyl, and to her charity&rsquo;s army of volunteers.

Humanitarian Adi Roche has called on the global community to honour the sacrifice of Chernobyl&rsquo;s forgotten hero &lsquo;liquidators&rsquo;.

Chernobyl charity crusader and outspoken humanitarian Adi Roche is being tipped for the Freedom of Cork.

Adi Roche should be sitting on state boards

As Eoin English&rsquo;s series on Chernobyl showed, Adi Roche is undoubtedly a person of great integrity and credibility.

Like a post-apocalyptic horror movie, a decaying and rusting amusement park ferris wheel is all that remains of the Soviet Union&rsquo;s dream of non-military nuclear power expansion.

Charity back on road after robbery

A children&rsquo;s charity has thanked the public for its &ldquo;overwhelming&rdquo; support after a lorry containing around &euro;140,000 worth of donations was trashed.

A father-of-eight has scooped the top prize at this year&rsquo;s Volunteer Ireland Awards for his work with a Chernobyl children&rsquo;s charity.

Chernobyl children campaigner Adi Roche has warned that political turmoil in Ukraine is jeopardising the safety of the damaged nuclear reactor which she said was “a ticking time bomb”.

Chernobyl Children International will be welcoming a group of children for their summer break in Ireland today.

Nuclear experts have insisted there is no safety threat after a partial roof collapse at the wrecked Chernobyl nuclear power plant.

Chernobyl Children International, the charity that has helped more than 22,000 Ukrainian children affected by the nuclear disaster, has suffered its largest ever loss in its 21-year history.

The founder of a Cork- based Chernobyl charity has made an emotional appeal for financial help.

A group of Japanese businessmen have invited the founder of Chernobyl Children International, Adi Roche, to take part in high-profile ceremonies to mark the anniversary of the Fukushima nuclear disaster.

This much I know: Adi Roche

The power of what is behind any volunteerism is a simple word called ‘service’.

Japan’s nuclear safety agency raised the severity rating of the crisis at its nuclear plant to the highest level today, on a par with the 1986 Chernobyl disaster.

THYROID cancer for sure.

FIRES have scorched forests contaminated with radiation from the Chernobyl nuclear disaster, a Russian forestry official said yesterday, but it was unclear what danger the smoke from such wildfires could pose.

Children from Chernobyl will be able to spend Christmas in Ireland after an agreement was reached with the Belarus Government.

A ban on Chernobyl children travelling on recuperation holidays to Ireland may be lifted by Belarus in time for Christmas, it emerged today.

A CHILDREN’S charity has come to the aid of Chernobyl children after seeing harrowing scenes of orphans undergoing surgery without any anaesthetic.

Viability of nuclear energy up for debate

A GERMAN physicist has thrown cold water on the growing belief worldwide that nuclear energy is undergoing a renaissance as an alternative energy source.

A CITY paused yesterday to remember the victims of the Chernobyl nuclear disaster.

Ukraine marked the 20th anniversary of the Chernobyl disaster today with pealing bells, candlelit ceremonies and parliamentary debates about how much the country still does not know – and how much it needs to do to bring relief to the millions affected by the world’s worst nuclear accident.

Ukrainian mourners carried single red carnations and flickering candles during a solemn memorial ceremony early today to remember the 1986 Chernobyl explosion, an event that continues to scar the psyche of the ex-Soviet republic 20 years later.

THE effects of Chernobyl were more far-reaching and deadly on western Europe, including Ireland, than had been previously admitted, a new report reveals.

THE mother of Adi Roche, the Chernobyl Children’s Project Director, has passed away in Cork after an illness.

Chernobyl reactor's shelter in 'no danger of collapse'

The crumbling concrete and steel shelter hastily erected over the destroyed nuclear reactor at Chernobyl is in no danger of collapsing, a senior Ukrainian official has said.

Tributes to heroism of Chernobyl firefighters

THOUSANDS of firefighters who lost their lives in the Chernobyl nuclear disaster were remembered at ceremonies in Cork and Dublin yesterday to mark the 19th anniversary of the accident.

BOYS and girls of all ages like toys, but getting to grips with the army’s batch is as good as it gets.

ACROSS the former Soviet Union, people lit candles, laid flowers and demonstrated yesterday to mark the 18th anniversary of the Chernobyl nuclear disaster, which spread radiation over much of northern Europe.

Across the former Soviet Union, people lit candles, laid flowers and held demonstrations today to mark the 18th anniversary of the Chernobyl nuclear disaster, which spread radiation over much of northern Europe.

There is a ”realistic possibility” that the shelter built to cover the Chernobyl reactor damaged in the world’s worst nuclear accident could collapse before fortification work is complete, Ukrainian officials acknowledged today.

CHERNOBYL charity founder Adi Roche was the toast of the town yesterday when she was honoured for her work helping sick children have a better life.

Children, from Belarus, aged between 6 and 17, arrived in Shannon airport this morning to spend the festive season with Irish families.

Pop star Jim Corr today became the latest of a string of celebrities and politicians to voice opposition to a nuclear shipment which is due to arrive in Sellafield within weeks.

The Irish-based Chernobyl Childrens Project is asking people to observe a minutes silence at 11am.