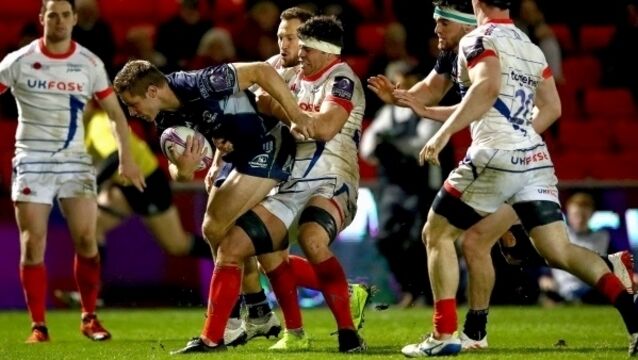 Connacht crash out of Europe after defeat to Sale 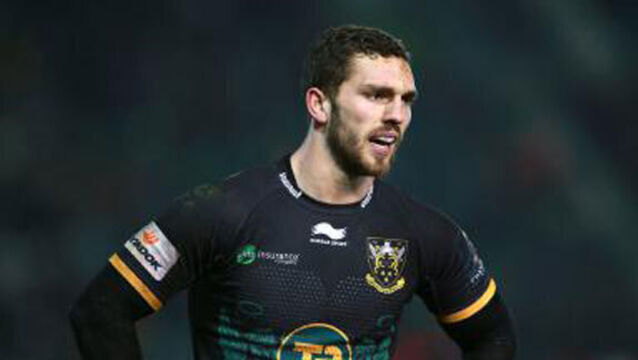 George North relishing 'new chapter' as he joins the Ospreys

The Welsh Rugby Union revealed today that the Swansea-based Ospreys will be his destination. 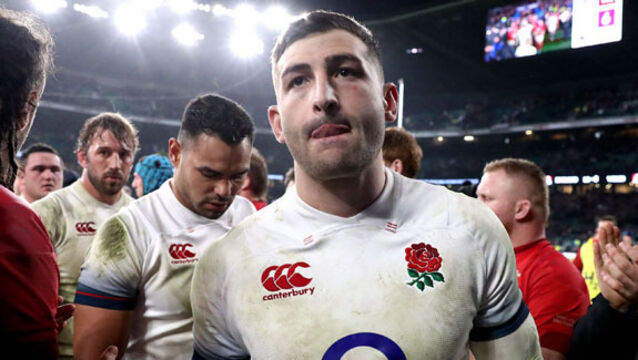 Jonny May has revealed that the recent bite to training has forced the intervention of coaches, as England look to relaunch their NatWest 6 Nations title defence.

England&rsquo;s aim of supplanting New Zealand as world champions in 2019 has moved a step closer after a new agreement was finalised between the Aviva Premiership clubs and Twickenham.

Wales recorded their ninth successive victory over Scotland in the RBS 6 Nations Championship to stay firmly among this season's title contenders.

Tom James says he needed to become &ldquo;the forgotten man of Welsh rugby&rdquo; during a rebuilding spell in his rugby career.

European Championship and Challenge Cup ties postponed over the past fortnight are unlikely to be played in midweek following discussions between clubs involved in all three participating leagues, the Aviva Premiership, Guinness Pro12 and French Top 14, and a favoured date would now appear to be the weekend of January 2/3.

London Irish could pave way to US for Irish provinces

London Irish CEO Bob Casey admits his side could be opening the door to America for the Irish provinces after it was confirmed their Aviva Premiership game with Saracens in March will take place in New Jersey.

David Pocock ‘more a lover than a fighter’

Victory in Rome will see Wales waiting for 6 Nations trophy

Wales will not receive the RBS 6 Nations trophy in Rome next Saturday if they win this season&rsquo;s title.

Concussion still the most common injury in rugby

Concussion has been identified as the most common match injury for a third successive year, the Rugby Football Union has revealed in its annual injury audit for 2013-14.

Aviva Premiership clubs Saracens and Bath are both being investigated for alleged salary cap breaches, according to a report in Saturday’s Daily Mail.

Rodney Ah You takes over injured Nathan White&rsquo;s tighthead prop spot, having been released from the Ireland camp at Carton House, for Connacht&rsquo;s Guinness Pro12 fixture with leaders Ospreys in Swansea this evening (7.35pm).

Australian Laurie Fisher, who worked with Munster between 2008 and 2011, is the new head coach at Gloucester.

Bath centre Gavin Henson has been named in the Probables squad to prepare for Wales’ senior trial match on May 30.

Work on replacement for the Heineken Cup paused

Work on European club rugby’s new elite tournament will be put on hold over the weekend and resume on Monday.

While Irish rugby is entitled to bask in the afterglow of our Six Nations success, I suspect each of the respective unions are more than pleased with developments off the field over the course of the championship.

Taking Wales out of the Valleys

Welsh rugby has had more peaks and troughs than a roller-coaster ride in recent years. The only saving grace being that the peaks have been pretty constant and extremely rewarding.

English rugby chief Ian Ritchie was embroiled in a last-ditch attempt to solve the European rugby crisis on Thursday as he met union bosses in Dublin.

Afoa to quit Ulster for Premiership

Ulster have been rocked by the news New Zealand prop John Afoa will leave the province at the end of the season after signing a long-term deal with an Aviva Premiership club.

Exeter and Wales prop Craig Mitchell has been remanded in custody in Brisbane after an incident in a bar following the British & Irish Lions first Test win over Australia, Press Association Sport understands.

George North knows from first-hand experience just how tough a proposition Australia could be for the British and Irish Lions next month.

Danny Cipriani has been released from hospital after he was hit by a bus in Leeds last night.

Cipriani in hospital after being hit by bus

Danny Cipriani is in hospital after being hit by a bus in Leeds last night.

Peter Stringer is thankful Bath rescued him from “oblivion” at Munster after feeling he was unfairly ignored by Rob Penney and Simon Mannix.

‘Galaxy S4 could outperform the iPhone’

The new Galaxy S4 could outperform the iPhone, experts claimed, after Samsung took its battle with Apple on to its rival’s home turf in a theatrical show of force.

Connacht have announced the signing of lock Aly Muldowney on a three-year contract from Aviva Premiership club Exeter.

Leicester Tigers back Niall Morris has agreed a new contract with the Aviva Premiership club.

London Irish scrum-half Tomas O’Leary is unlikely to play again this season because of a serious back problem.

The power struggle which is threatening the future of the Heineken Cup will be top of the agenda when Rugby Football Union officials meet with Aviva Premiership club representatives today.

The Ligue Nationale de Rugby (LNR), the governing body for domestic rugby in France, has clarified that unless there is a “catastrophic failure in negotiations” it will not consider abandoning the Heineken Cup for a breakaway tournament.

France’s Top 14 clubs are demanding a swift resolution to the schism that threatens the future of European rugby.

The future of the Heineken Cup and European rugby in general remains uncertain after English clubs’ governing body, Premiership Rugby, announced it has agreed a new £152m deal with broadcaster BT.

Peter Stringer is determined to use his Munster return as a launch-pad to win further international honours.

Stuart Lancaster will outline his blueprint for how England can win the 2015 Rugby World Cup when he has his interview for the job of head coach this afternoon.

Whitten to leave Ulster at the end of the season

Centre Ian Whitten will part ways with his Ulster teammates at the end of this season having signed a two year deal with Aviva Premiership outfit Exeter Chiefs.

Cardiff Blues hooker Rhys Thomas is to leave the region at the end of the season to join Wasps.

A defiant Rob Andrew has reiterated that he will not resign in the wake of England’s World Cup fiasco, although he believes the Rugby Football Union has hit “rock bottom” after recent events on and off the field.

The Rugby Football Union have launched an investigation into the leaking of three confidential and damning reports into England’s World Cup campaign.

Lewis Moody today admitted he made mistakes as England captain during the World Cup but insisted he never put commercial gain before his rugby.