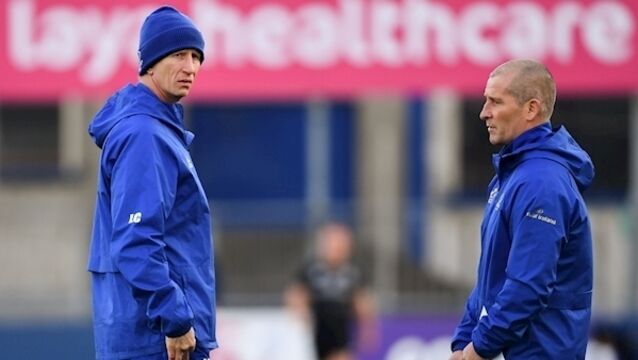 Leo Cullen has questioned why there was no mention made of the coaching changes at other Irish provinces after Brian O’Driscoll and Isa Nacewa pointed to Stuart Lancaster’s arrival in Leinster as a potential cause of Ireland’s World Cup disappointment. 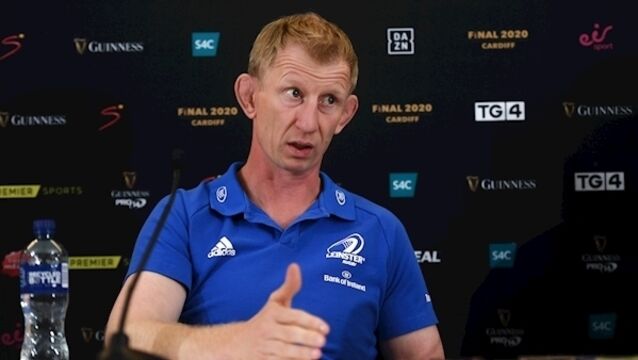 Leo Cullen has told Devin Toner that the best way to shake off his World Cup disappointment is to ‘play the house down’ for Leinster. 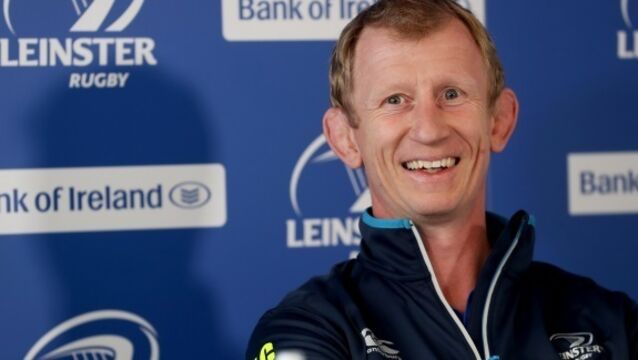 Leo Cullen: We need to be switched on the whole time

Reasons to be fearful for Leinster today?

Ireland is not something that’s on my radar, insists Cullen

Leo Cullen says coaching Ireland is not on his radar and he insists he wants to keep Stuart Lancaster at Leinster for as long as possible.

Leinster have been nothing if not diplomatic this week.

Leinster winger Jordan Larmour says they are bracing themselves for a battle at Toulouse this Sunday.

Simon Lewis Leo Cullen made Heineken Champions Cup history in Bilbao last May, when Leinster lifted the coveted trophy the fourth time. Cullen, who captained Leinster to the first three triumphs, in 2009, 2011 and 2012, became the first European winner, as a player, to repeat the feat as a head coach, the Irish province edging past Racing 92 at the San Mamés.

Leo Cullen has taken issue with the perception that Irish provinces will approach an opening round of Champions Cup fixtures where they face a trio of English Premiership opponents with a marked advantage thanks to a policy of player rotation.

Leo Cullen admits that choosing a team for Saturday's clash with Munster has been complicated by the variety and complexity of demands on players at a time of year when Europe and November Test also come into view.

Head coach Leo Cullen pinpointed a clinical attacking edge as key to Leinster's success as they reached the Champions Cup final for the first time since 2012.

Jonathan Sexton and Leo Cullen were deep into the third quarter of yesterday&rsquo;s pre-match press conference when the conversation spooled back 12 months to Leinster&rsquo;s Guinness PRO12 semi-final loss to Scarlets.

By learning from the best, the apprentice has become one of the best. Anyone who fears Leinster and Ireland talent Joey Carbery may get impatient waiting for Johnny Sexton to retire doesn&rsquo;t appreciate the upside of operating in his shadow.

Leinster have luxury of shuffling the deck again

Apologies if the focus on Leinster&rsquo;s strength in depth is beginning to wear thin but it is a theme that is impossible to ignore given the side Leo Cullen named yesterday.

Leo Cullen keen to keep Stuart Lancaster on board

Leo Cullen is hoping that Stuart Lancaster continues to ignore the whispers connecting him to vacant posts in the Aviva Premiership, with Northampton Saints the latest role to be painted as a good fit for the former England head coach.

Time and again, Leo Cullen has teed up a Champions League tie as a meeting of opposites.

Cullen glad to have the ace to play

Leo Cullen could have landed on any number of superlatives to describe Jonathan Sexton as he stood in departures at Dublin Airport yesterday deliberating on the out-half&rsquo;s return for this Champions Cup engagement in Glasgow.

Cullen ramps up pressure on Leinster

Leinster are the side with three stars on their shirt, as triple winners of the European Cup, but Leo Cullen believes Montpellier boss Vern Cotter is under greater pressure to win this season&rsquo;s title than he is.

It was only to be expected that so much of the conversation at yesterday&rsquo;s Champions Cup launch orbited around Rassie Erasmus and the identity of his eventual successor, but it was Anthony Foley who was central to Leo Cullen&rsquo;s thoughts.

After mission impossible, Leo Cullen in search of glory with Leinster

Leo Cullen admits he took on a mission impossible when he became Leinster boss two seasons ago.

New-look Leinster looks to show they’re better than before

A quick scoot back 12 months. Leinster and Ulster in a Guinness PRO12 semi-final at the RDS and it ends with a 12-point win for the hosts.

Leinster v Glasgow Warriers: Leo Cullen came across a picture this week of a game he played for Blackrock 17 years ago.

Regardless of events tonight, it has been a year of progress for Leinster.

Leo Cullen has shrugged off the much vaunted new World Rugby laws relating to head contact, by suggesting nothing has changed with regard to how he&rsquo;ll coach his team.

Leo Cullen open to Andy Farrell linking up with Leinster

Leo Cullen has left the door open for Ireland defence coach Andy Farrell to join Leinster, on a temporary basis at least, following the news of Kurt McQuilkin&rsquo;s departure.

Leo Cullen says there&rsquo;s no such thing as a meaningless game for Leinster players, ahead of today&rsquo;s final Champions Cup clash with Wasps at the Ricoh Arena.

Following a five-day turnaround from their morale-boosting Guinness Pro12 victory over Munster at Thomond Park, head coach Leo Cullen has made wholesale changes to his starting line-up for Leinster&rsquo;s latest interprovincial clash with Connacht at the RDS this evening (5pm kick-off).

December will prove to be a busy month for Leo Cullen&rsquo;s Leinster, as they face back-to-back European Rugby Champions Cup encounters against defending champions Toulon.

Leo Cullen believes Ian Madigan&rsquo;s versatility, far from being a weight around his neck at Leinster, is actually benefiting the 26-year-old who has been the subject of rumoured interest from Harlequins and Bristol.

All defeats hurt, some more than others.

Leinster coach Leo Cullen yesterday admitted the forced retirement of Kevin McLaughlin &ldquo;was tough news to try to process.&rdquo; The 31-year-old flanker was forced to quit the game last week due to medical concerns about his increasing susceptibility to concussion.

Leinster battle back to give Leo Cullen fine start

Ulster 21 Leinster 24: A little half-time word in the ears of his charges gave new Leinster head coach Leo Cullen a perfect start to his tenure with what was in the end a comfortable warm-up victory over Ulster at the Kingspan Stadium last night.

Leo Cullen to ‘keep Irish talent coming through the system’

It has been a busy couple of days for Leinster Rugby, who finally confirmed the appointment of Leo Cullen as the permanent replacement for Matt O&rsquo;Connor on Wednesday morning.

Leo Cullen is the type of special character who can make light of his limited coaching experience and succeed in the daunting task of guiding Leinster back to the summit of the Pro12 and European games, according to Jonathan Sexton.

"In his capacity with the forwards and over the pre-season as interim Head Coach, Leo has continued to impress everyone at Leinster with his tactical and strategic direction."

Luke Fitzgerald will play no further part in Leinster&rsquo;s season after undergoing shoulder surgery on the weekend. However, the province are confident that he will be fit for the World Cup.

Leinster happy to play role of underdog to crack Toulon

Leo Cullen believes Leinster&rsquo;s surprise defeat of Munster in the classic 2009 Heineken Cup semi-final at Croke Park can serve as a template as the province contemplates the prospect of facing Toulon at the same stage in Marseille.