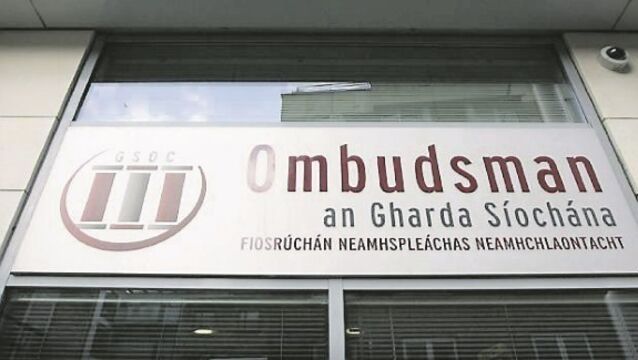 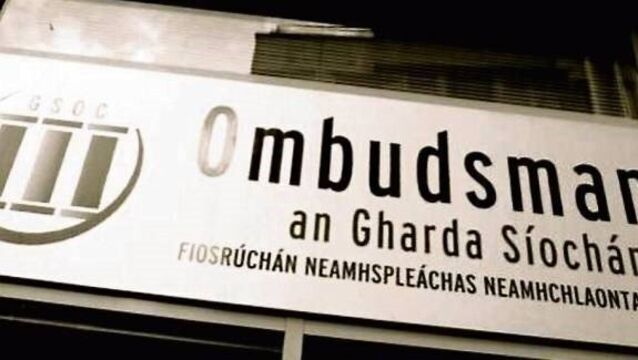 In December 2017 Member A was attending a Christmas party for his Garda station. At around 3.30am he left the bar heading for his hotel bedroom. While crossing the lobby there was a verbal exchange between himself and two civilians, a man and woman. 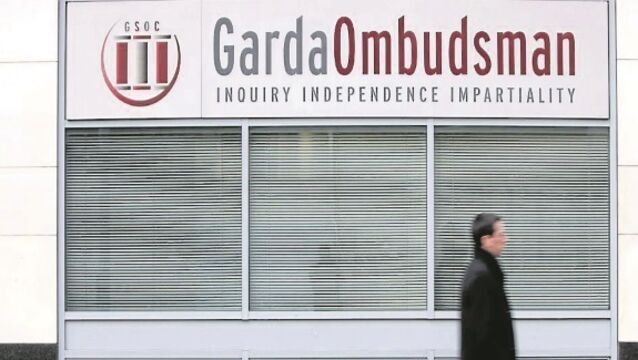 GSOC ‘struggling’ to get Garda records on killing

The Garda Ombudsman has been &ldquo;struggling&rdquo; to get information from garda&iacute; and the courts in their investigation into the fatal shooting of Garda Tony Golden and the serious wounding of Siobh&aacute;n Philips, according to the woman&rsquo;s father.

GSOC Ian Bailey probe to published within next month

The Garda watchdog has welcomed improved levels of co-operation from members of the force in the past year but claims there is room for further improvement.

GSOC ‘mistaken’ to probe garda who later killed himself

A judicial inquiry has found that the initial decision by the Garda Ombudsman to launch a criminal investigation into Sergeant Michael Galvin, who subsequently took his own life, was &ldquo;mistaken&rdquo;.

Man who died in garda custody 'was having breathing difficulties'; Ombudsman investigates

The Garda Ombudsman is examining the circumstances surrounding the death of a man in his 70s while in custody at Westport Garda Station in Co Mayo today.

Garda Ombudsman is not going to investigate the allegations of two former gardaí who claim they were witnesses to unauthorised bugging of witnesses, it has been reported.

Call for inquiry into GSOC probe

Middle-ranking garda&iacute; have called on the Taoiseach to set up a judicial inquiry into how the Garda Ombudsman conducted an investigation into a sergeant who took his own life last week.

Policing body in place this year

The Government is expected to publish legislation on the new policing authority and advertise for the head of the Garda Ombudsman within weeks.

The Garda Ombudsman is investigating after a man in his early 40s was found dead in Co Kerry.

Further explanations have been demanded about who tried to contact witnesses before they spoke to retired judge, John Cooke, in an attempt to influence his investigation into allegations of bugging at the Garda Ombudsman Commission&rsquo;s office.

The Garda Ombudsman should be empowered to investigate poor standards of policing, inspect Garda stations uninhibited, and commence its own inquiries.

A clearly annoyed Taoiseach delivered a sharp message to his Coalition partners and his own ministers, telling them to talk to him first before going public with issues.

The wife of one of the garda whistleblowers, John Wilson, believes years of stress contributed to his bowel cancer.

Education Minister Ruairí Quinn has defied Taoiseach Enda Kenny’s plea to keep criticism of the Garda Commissioner within the confines of Cabinet.

‘No basis’ for whistleblowers to keep trawling Garda data

The two garda whistle-blowers had “no basis” for continuing to trawl Garda computer data and disclosing it outside the force once they had reported their allegations of malpractice, the State’s data watchdog has said.

Stop digging your heels in Taoiseach and tackle the issue

“It would be better if the heat were taken out of it, rather than people digging in their heels.”

Fine Gael backbenchers have cast doubt over the position of the Garda commissioner after calls by senior ministers for him to apologise over remarks he made about whistleblowers.

‘Co-operation’ given in penalty points probe

The Garda Ombudsman said it “does not anticipate difficulties” in its high-profile investigation into the penalty point controversy.

A garda has been given High Court permission to challenge a decision to re-open a disciplinary complaint against him in connection with an investigation involving murderer Jerry McGrath.

Fresh concerns are being expressed at the ability of the Garda ombudsman to do its job effectively after figures show staff levels have been cut by more than 20% since 2007.

The opposition has said the Government’s plans to ask a barrister to review a dossier of alleged wrongdoing in the Garda is “unbelievable”.

Enda Kenny said a review of claims of malpractice in the force by a Garda whistleblower will assess the “investigative methods and processes” previously used to examine the allegations.

Top gardaí hit back at claims by McCabe

Garda management has hit back at claims by whistleblower Sergeant Maurice McCabe that he was not directed to co-operate with an internal inquiry and that no attempts were made to seek his input.

Failures in Bailieborough assault inquiry were ‘the final straw’

Among the dozen cases in the dossier passed onto Enda Kenny by Micheál Martin, was one Sergeant Maurice McCabe claims was the last straw for him at Bailieborough station.

GSOC/Garda crisis - Mindset at the top is worrying

The greatest enemy a besieged city, a disdainful, ring-fenced establishment or a past-his-sell-by-date tyrant face — as the ousted and fugitive Ukrainian president Viktor Yanukovich will confirm — is time.

Gardaí failed previous victims as McGrath went on to kill

Mary Lynch was working her taxi for just over two hours when she encountered Jerry McGrath. It was 2.15am on Monday, April 30, 2007. McGrath emerged from the nightclub in the Headford Arms Hotel in Kells, Co Meath, and asked would she take him to Virginia, Co Cavan, where his sister lived. He was from Dundrum in Tipperary, but was staying with his sister.

Watchdog urged to apologise to gardaí cleared of charges

Rank-and-file gardaí are demanding the garda watchdog make a full apology to two of their colleagues who were charged with causing harm to a violent youth they were forced to subdue with pepper spray — and then had the charges against them dismissed.

A row has erupted over claims a former member of the judiciary appointed to lead an inquiry into the Garda ombudsman bugging scandal is a “Fine Gael judge”.

Many factors will determine future shape of watchdog

THE breakdown in the relationship between the Garda Ombudsman and the Minister for Justice has deepened following Alan Shatter’s appearance at an Oireachtas committee on Wednesday evening.

Whistleblower ‘usually ends up the victim’

‘Woman would be alive if gardaí had handled my case properly’

A woman attacked by a man who went on to murder Sylvia Roche Kelly in Limerick in December 2007 has claimed the 33-year-old would still be alive if her own case had been handled properly by gardaí.

WHEN the front page of a Sunday newspaper announced over a week ago that the Garda Siochána Ombudsman Commission has been under hi-tech surveillance I, like many people, was taken aback.

Connolly ‘had pedigree and exemplary record’

Oliver Connolly is a barrister and recognised expert in the area of mediation. In June 2011 he was appointed as the confidential recipient for people wishing to act as whistleblowers for alleged corruption by An Garda Síochána.

Oliver J Connolly was sacked by his erstwhile buddy, Justice Minister Alan Shatter, but there is absolutely no evidence of any wrongdoing on his part, writes Michael Clifford

Shatter shies away as scandals abound