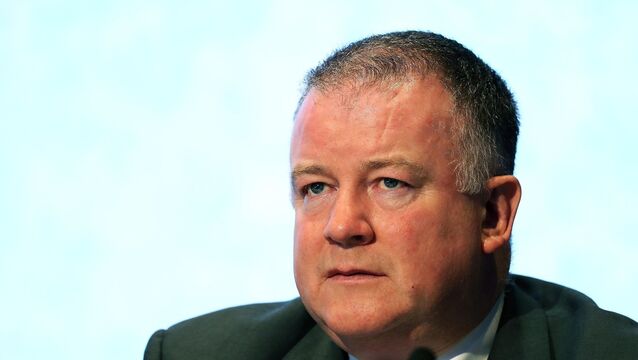 Dublin bid for six will begin in Tullamore

Dublin’s bid for a record 10 Leinster football titles on the trot will begin in Tullamore next May. 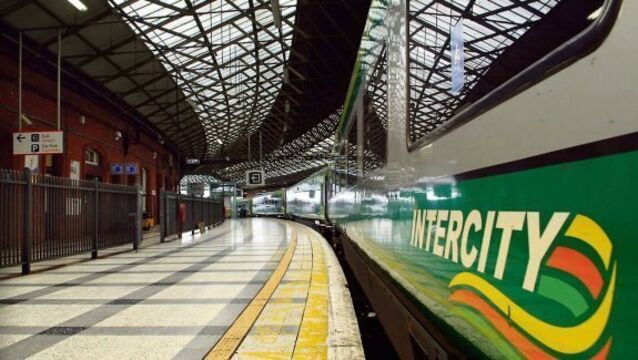 Irish Rail is warning passengers to pre-book intercity services this weekend due to a number of concerts and sporting events. 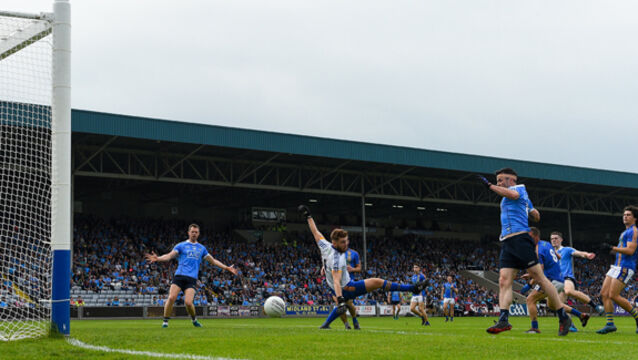 Portlaoise and Tullamore will play host to this year's Leinster Football Championship quarter-finals in a pair of double-headers.

Success on the field is underpinned by strong foundations off it

‘No issue with Páirc pitch’ after Sheeran concerts

P&aacute;irc U&iacute; Chaoimh stadium director Bob Ryan says &ldquo;there&rsquo;ll be no issue with the pitch&rdquo; for tomorrow week&rsquo;s Munster SHC opener between Cork and Clare at the venue.

Gavin: Door will always be open for Connolly

Jim Gavin has confirmed that he remains in regular contact with Diarmuid Connolly but the Dublin manager hasn&rsquo;t shed any light on whether the two-time All Star will be returning to the field of play any time soon.

A simple motion to provide home advantage to the weaker county in both hurling and football All-Ireland qualifiers may be a more acceptable alternative to the football championship proposals.

Wexford GAA chairman Diarmuid Devereux has promised a much- improved showing from the county&rsquo;s senior hurling team in 2016 &ndash; and has urged the likes of Kildare and Meath to challenge Dublin&rsquo;s dominance of the Leinster football championship.

Leinster Council secretary Michael Reynolds says Portlaoise remains firmly in the mix to host Dublin in the 2016 football championship but pointed to the general reality that most people want Croke Park because they see it as &ldquo;Mecca&rdquo;.

Ger Egan says Westmeath will go all out to attack Dublin

It is becoming a feature of this year&rsquo;s Leinster football championship that teams are being given all sorts of sound advice about defending stoutly against Dublin and promptly ignoring it.

Gaelic Players Association official Conor Cusack has advised Meath goalkeeper Paddy O&rsquo;Rourke to consult the gardaí over a threat made on Twitter to &lsquo;knife&rsquo; him.

Perfect 10 the secret to Westmeath's win

Westmeath produced a dream ten minutes to knock Wexford out of the Leinster football championship and set up a provincial semi-final for themselves against Meath in two week's time.

In Pictures: A preview of the weekend’s GAA

The storylines for this weekend's GAA in pictures.

In the stroll down Jones&rsquo;s Road yesterday afternoon, the general consensus was that Dublin&rsquo;s meeting with Longford in the Leinster football championship would be a rerun of Christians-Lions (Coliseum, vespers), with no guesses as to which side were going to be portraying the early converts, or the main course.

The GAA year in review: And the alternative awards go to...

Another season of intercounty Gaelic football action ended on Sunday but, unlike the fare in the final, these end of year awards wont let you down, writes Michael Moynihan

Demanding an apology is a sorry task

What else can I be, all apologies?” Brian Cowen is hardly a fan of Kurt Cobain, but perhaps he empathises with the line from the Nirvana song, ‘All Apologies’.

Highlights include the season three debut of The Walking Dead and a new documentary on Margaret Thatcher's links with Ireland.

Delicacy wasn’t one of Liam Dunne’s traits in his playing days with Wexford and diplomacy isn’t one of his traits now as his home county’s senior hurling manager.

They don’t let the game go like they used

THERE has always been an art to refereeing the big game, which has gone hand in hand with the art of getting your next big game.

Mature Dublin moving on up

THERE was much to admire in the way Dublin hurlers handled the challenge put their way yesterday.

Series not over by a long shot, insists Glynn

DON’T tell Leighton Glynn that the international rules don’t matter. So proud is the Wicklow man of his involvement that missing out on the first test in Limerick last Saturday wasn’t even considered.

Aussies to take in Croker clash after Ireland battle

THE emergence of the GAA 126 years ago might have signalled the death knell for cricket as a mass participation sport in Ireland but the two codes are set to come face to face at Croke Park next weekend.

Back to business with draws for provincial championships

A WEEK later than planned the draws for the 2010 provincial championships will be made this evening in Croke Park and shown live on RTÉ Two (8.25pm).

Dubs now have that September steel

DUBLIN’S dominance of the Leinster football championship for the last four years hasn’t been all good.

Dubs likely to have too much for Meath

IT’S a bit early for Dublin footballers to be thinking of five-in-a-row in the Leinster football championship or for Meath to aspire towards reaching a final for the first time in eight years.

PAUL GRIMLEY has defended the Leinster football championship against charges, based on Dublin’s dominance, that it has become largely uncompetitive.

MORE than 100,000 people attended various GAA matches over the weekend confirming the pre-eminent position of Gaelic games in our culture.

Offaly hurler Brian Carroll and Wicklow footballer Leighton Glynn have been named as the GAA All Stars Players of the Month for May.

The Ryan line on how to become an overnight success!

JASON RYAN insists there won’t be any celebrations in Wexford until they achieve their goal of winning the Leinster football championship.

Many fans are unhappy about the poor value for money from so many one-sided early championship games. On its own, " 20 or " 30 a ‘pop’ seems small enough, but if you include a spouse and a few kids, it’s no joke. Although Dubs and Biffo fans are happy to see their counties go through to the next round in Leinster hurling, there’s a feeling that neither Laois nor Westmeath made any great attempt to stop them. Meanwhile, the Munster football fare on offer at Fermoy and Ennis seems to have been really dire and it makes Limerick fans fearful of the competition after Munster’s Heineken Cup win.

Dolan hoping to be fit for championship opener

Westmeath forward Dessie Dolan is hoping to be fit for the county's Leinster Football Championship first-round tie with Longford on Sunday.

ALLIANZ, the long-term sponsor of the National Leagues, is being shortchanged by the choice of venues for this weekend’s showpiece NFL finals, according to Derry manager Paddy Crozier.

RTÉ will broadcast the latest instalment of the Munster SHC saga between Limerick and Tipperary, after chiefs from the state broadcaster met with Munster Council officials this morning.

MICHAEL DELANEY has never been afraid to speak his mind. As far back as 1991, when it would have been a taboo subject for a leading GAA official, the Leinster Council Secretary suggested that consideration should be given to renting out Croke Park for rugby and soccer games.

Leinster semis to be played as Croke Park double-header

The Leinster Football Championship semi-finals will be played as a double header at Croke Park on Sunday, June 25.

Croke Park can expect a somewhat quieter summer than it is accustomed to. Brendan O’Brien reports.

Wexford, Kilkenny to be kept apart in Leinster draw

Champions Kilkenny and last season's beaten finalists Wexford are to be kept part in Friday's draw for the 2006 Guinness Leinster senior hurling championship.

'Mossy' to point way for Dublin

Dublin have never lost a final to Laois in the 117-year-long Leinster football championship, and Blues boss Paul Caffrey believes Tomas "Mossy" Quinn could split the sides again on Sunday.

The Leinster football championship gets underway today with a double-header at Croke Park.

Longford boss Luke Dempsey has made four changes from the side that drew with Monaghan in the last round of the league for Sunday's Leinster football championship meeting with Dublin at Croke Park.

Defenders out for Kildare

Kildare boss Padraig Nolan has to do without defenders defenders Andrew McLoughlin and Karl Ennis in Sunday's Leinster football championship clash with Wicklow at Croke Park.

Wicklow boss Hugh Kenny has named six newcomers on his team to face Kildare in the Leinster football championship at Croke Park on Sunday.

Laois boss Mick O'Dwyer has received an injury blow with the news that Portlaoise stalwart Kevin Fitzpatrick will sit out the opening rounds of the Leinster football championship after deciding to undergo surgery on a groin injury.

Connerton steps down as Longford manager

DENIS CONNERTON has stepped down as Longford football manager in the wake of their All-Ireland qualifier defeat to Dublin.