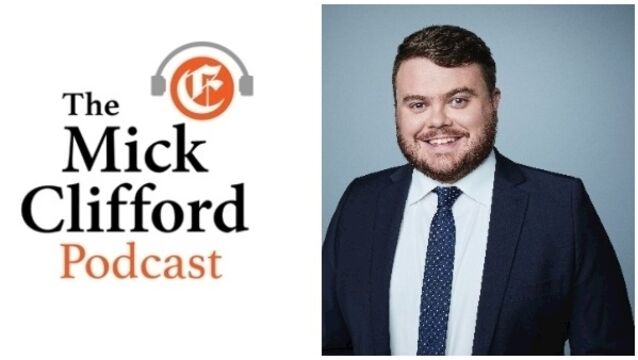 This week’s guest is Kerryman Donie O’Sullivan, who is the Disinformation, Technology and Politics correspondent for the American television network, CNN. 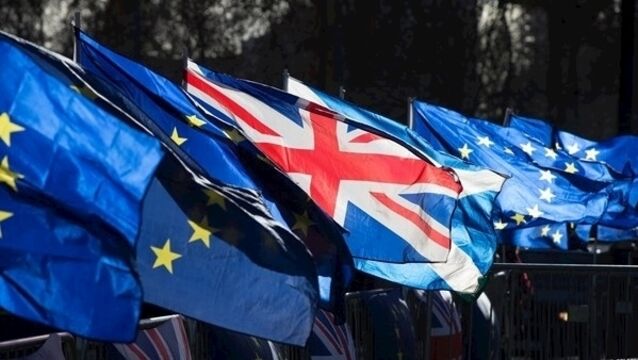 Brexit preparations intensify - Prepare for the worst but live in hope

It may overstate the case to suggest that David Axelrod, the chief strategist for former US president Barack Obama’s election campaigns, regrets his sneering during the 2016 presidential election every day but it is certain he, and maybe millions of others, will never forget it. 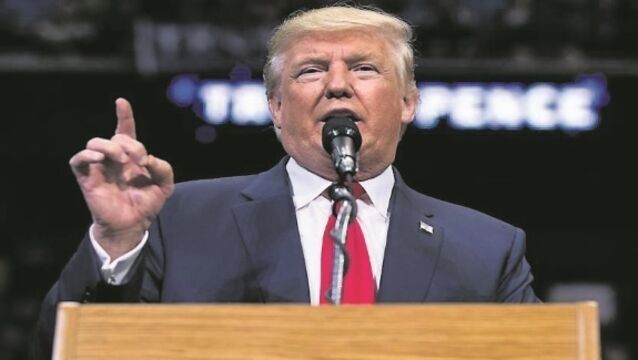 Mueller says no collusion. Barr says no obstruction. What’s next for Trump?

Robert Mueller found no evidence that Donald Trump’s campaign ‘conspired or co-ordinated’ with Russia but the stage is set for a new set of political and legal battles, says Andy Sullivan.

Latest: President Donald Trump has inspected the prototypes for the "big beautiful border wall" he wants to build to separate the US from Mexico.

The special counsel probing Russian interference in the 2016 US election has charged an attorney with lying to federal investigators about his interactions with a former Trump campaign official.

US special counsel Robert Mueller's prosecutors have filed a new charge against a man they claim lied to federal investigators in the Russia election interference probe.

American spies were so grateful they sent the Dutch cake and flowers, reports say.

Facebook: We were 'far too slow to recognise' election interference and fake news

"I wish I could guarantee that the positives are destined to outweigh the negatives, but I can’t," said product manager Samidh Chakrabarti.

Lawyers for former national security adviser Michael Flynn have told US President Donald Trump's legal team that they are no longer communicating with them about special counsel Robert Mueller's investigation into Russian election interference.

The top US Republican and Democrat on the Senate Judiciary Committee have said President Donald Trump's son-in-law has not been fully forthcoming with the panel's probe into Russian election interference.

Losses for energy and technology companies left most US stocks lower today.

US President Donald Trump has signed what he called a "seriously flawed" bill imposing new sanctions on Russia, pressured by his Republican Party not to move on his own towards a warmer relationship with Moscow in light of Russian actions.

The US Senate has confirmed President Donald Trump's nominee Christopher Wray to serve as FBI director.

Donald Trump has said he has "complete power" to issue pardons, an assertion that comes amid investigations into Russian interference in last year's presidential election.

Estonia, the only country in the world where voters elect their leaders through online balloting, is taking steps to fend off potential hacking attacks as cyber-security fears intensify.

The idea that Russia and the US work out the rules of engagement in cyberspace isn&rsquo;t crazy, but the US president jumped the gun after Putin talks, writes Leonid Bershidsky

From Nixon to Trump, the FBI has always had a duty to keep the President in check

JOHN Mindermann is part of an unusual fraternity. A former agent with the Federal Bureau of Investigation (FBI), now 80 and retired in his hometown, San Francisco, he is among the relative handful of law-enforcement officials who have investigated a sitting president of the US.

The White House has said Donald Trump "has no intention" of sacking the special counsel investigating Russian meddling in the 2016 presidential election.

Russian officials have vehemently denied any role in hacking attacks on the Democratic National Convention and voter-registration databases.

Mr Kushner, a key White House adviser, had meetings with Moscow's ambassador to the US, Sergey Kislyak, and Russian banker Sergey Gorkov.

US Attorney General Jeff Sessions steps aside from Russia probe

US Attorney General Jeff Sessions has said he will step aside from a federal investigation into Russian interference in the 2016 presidential election.

Tuesday lunchtime briefing: First win of US election goes to Clinton. Catch up on the headlines

John Lewis was a disciple of Martin Luther King and marched on Washington in 1963. Last week, he led a sit-down protest in Congress, says Peniel Joseph

Republicans have a history of recruiting celebrities into the party ranks going back 60 years, but find themselves at a crossroads with Donald&nbsp;Trump &mdash; who is using his celebrity power to attack rather than to revive the Grand Old Party, writes Kathryn Cramer Brownell

US billionaire and major Republican Party donor Sheldon Adelson said he met presidential candidate Donald Trump earlier this week, describing the current front-runner in the race for the Republican nomination as &ldquo;very charming.&rdquo;

The man accused of opening fire at a Planned Parenthood clinic in Colorado and killing three people said &ldquo;no more baby parts&rdquo; while he was being arrested, NBC News and other media reported, citing unidentified law enforcement sources.

Former US president George H.W. Bush suffered a neck fracture in a fall at his home in Maine, though he was listed in stable condition and his hospital stay was expected to be brief, his spokesman said.

Portions of Clinton emails to be released

The US State Department has proposed releasing portions of 55,000 pages of emails from former secretary of state Hillary Clinton by next January.

Obama vows to hunt down terrorists and help the poor

President Barack Obama is vowing to relentlessly hunt down terrorists from “Pakistan to the streets of Paris”.

Lining up for another Clinton-led White House

The question was being asked in hallway whispers and excited chatter in many languages this week at the Clinton Global Initiative conference. It’s the question that follows Hillary Clinton everywhere — will she run for US president in 2016?

Biden not yet sure about 2016 presidential election

US vice president Joe Biden has opened up about a possible third presidential run in 2016.