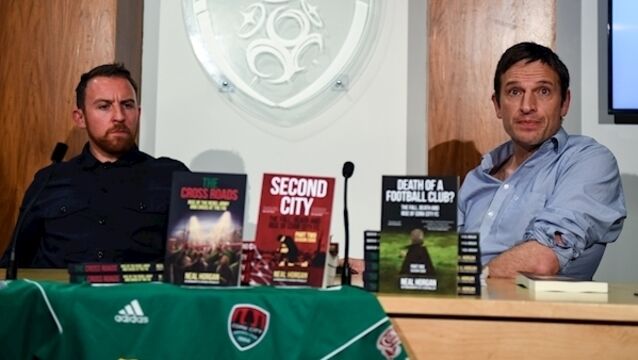 Noel Mooney has said that he would love to have Brian Kerr back working with the FAI but, having described him as “bitter” in a recent podcast, reiterated his dismay that the former Ireland manager chose to make public an email from the association’s general manager, in which the suggestion that he take up the role of ‘media watchdog’ was subsequently witheringly dismissed by Kerr. 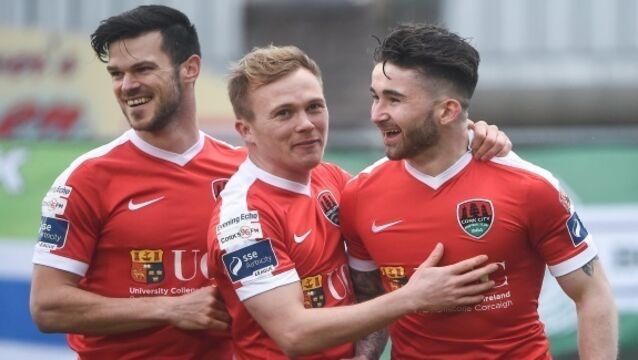 Cork City midfielder Conor McCormack admits he still has a soft spot for Shamrock Rovers but there will be no mood for sentiment from the league leaders at Turner&rsquo;s Cross tonight. 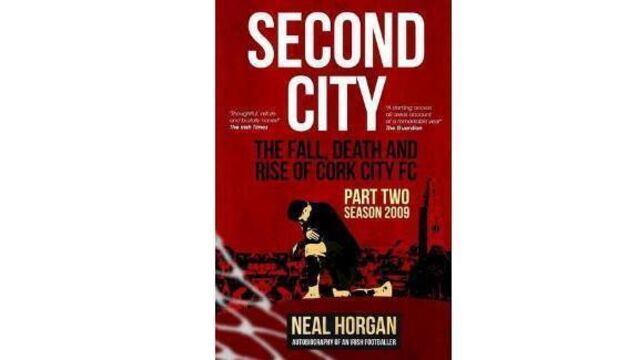 A good portion of the Cork City squad which will arrive at the Aviva tomorrow for the FAI Cup final will have finished in the runner-up position in the league for the third year in a row.

Many positives for City despite final day heartache

Need to unite in our football goals

In relation to the coaching structure the Germans have, it is definitely something that the Republic of Ireland need to copy and implement. However, there are certain issues that will impact on us following the German model, albeit on a much smaller scale.

As Sligo Rovers and Dundalk prepare to contest the 2014 Setanta Cup final in Tallaght next Saturday, organisers of the competition are in discussions with clubs about proposals to radically revamp next year&rsquo;s competition.

Milo Corcoran, chairman of the Setanta Sports Cup organising committee, is adamant the cross-border competition has a future after its 11th hour reprieve.

FAI boss John Delaney believes qualification for the European Championships in 2016 would be an appropriate way to mark the centenary of the 1916 Easter Rising, especially now as we have a manager who not only was born in the six counties but was captain of its Northern Ireland football team.

Drogheda United manager Mick Cooke reckons his team will need to hit a European level of performance if they are to overcome Sligo Rovers in tomorrow’s 2013 FAI Cup final at the Aviva Stadium (3.30pm).

The difference six minutes can make in football.

After another late concession, which manager Tommy Dunne termed ‘stupid’, to let two points slip against Shelbourne on Friday, Cork City will be looking to pick themselves up as Shamrock Rovers come to Turner’s Cross for an evenly poised Setanta Cup semi-final second-leg tonight.

Still holding maximum points in the league, but smarting from defeat by Drogheda United in the Setanta Cup, champions Sligo Rovers travel to Richmond Park to take on third-placed St Patrick’s Athletic in the big game of the night in the Airtricity Premier Division (kick-off 7:05pm, live on RTE 2).

Club by club guide to the Airtricity League Premier Division

The 2013 campaign gets underway later tonight.

For the faithful, the dawning of the first day of the new Airtricity League season brings with it a familiar quickening of the pulse and the heady sensation that anything is possible.

Two men have been arrested for public order offences during clashes with Gardaí at the Tallaght Stadium in Dublin tonight.

Dunne: City are right on schedule

Even though he concedes Cliftonville’s strategically weakened side “weren’t the team that’s dominating the North,” Tommy Dunne declared himself very pleased with Cork City’s 4-0 trouncing of the Irish League leaders in their Setanta Cup first-leg game at Turner’s Cross on Monday night.

City will be going flat out, pledges Murray

Cork City make their return to the Setanta Cup at Turner’s Cross this evening, with Danske Bank Premiership leaders Cliftonville travelling south, and the Leesiders’ new captain Kevin Murray insists the hosts will be not be holding anything back despite it being their first competitive outing of the year.

Grimes to return to his roots for City friendly

Pre-season games in early February don’t usually whet the appetite for fans of the domestic game, but Cork City are expecting a crowd of over 2,000 to pass through the gates when they entertain a Leeds United selection at Turner’s Cross tonight (kick-off 7.45pm).

Cork City have branded claims on Twitter that the club’s players were on strike as “nasty rumours”.

Plotting defeat from behind enemy lines

Sunday’s FAI Ford Cup final pairs an interesting battle of family fortunes with first cousins Simon Madden and Conor Kenna going head-to-head in one of the most exciting final match -ups in years.

Dunne so frustrated as Shels’ fight back stuns City

Sligo Rovers can’t actually win the title in Cork tonight but a victory or, at least, the avoidance of defeat, will keep them on course to finish the season as Airtricity League Premier Division champions.

Derry City bounced back from their Setanta Cup disappointment with a comfortable 4-1 victory over Monaghan United in Gortakeegan last night.

League leaders Sligo welcome Jason McGuinness back after a back problem as they prepare to host north-west rivals Derry City in an intriguing derby game at the Showgrounds tonight (7.05pm).

Derry City will start slight favourites to advance to the Setanta Cup semi-finals when they take on old rivals Linfield at the Brandywell in the pick of tonight’s second round, second leg ties (Setanta Ireland, 7.45pm).

Sligo Rovers will look to secure their second home win on the bounce when they host Bohemians at the Showgrounds.

Shamrock Rovers will be hot favourites to make it two out of two when the champions play host to Monaghan United in the Airtricity League Premier Division at Tallaght Stadium tonight (8pm kick off, all other games 7.45pm).

Martin McGuinness has reiterated his desire for an all-Ireland international football team after visiting the home of the Northern Ireland side for the first time in almost 50 years.