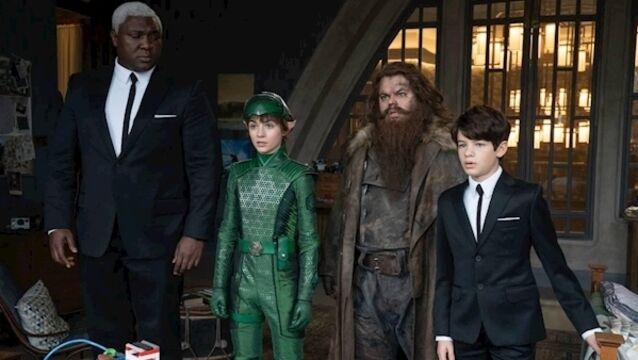 Kenneth Branagh: I had a magical time directing Artemis Fowl

It’s the eagerly awaited tale of an Irish criminal mastermind that film bosses have being trying to get made for over a decade. Kenneth Branagh returned to his native Northern Ireland to shoot Artemis Fowl, based on Eoin Colfer’s hit novels, and was eagerly looking forward to a cinema release this summer. 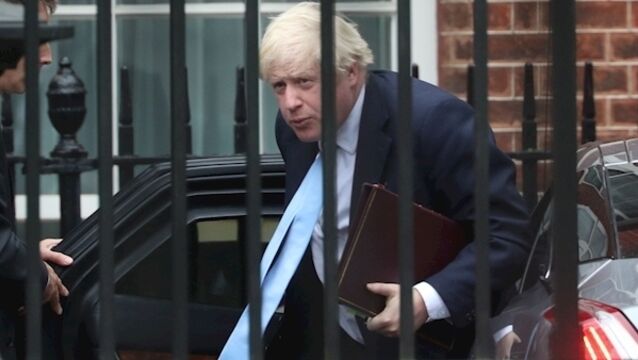 The British Prime Minister should explain to the victims of historical institutional abuse why new laws granting them compensation will not be debated during this parliamentary session, an MP has said. 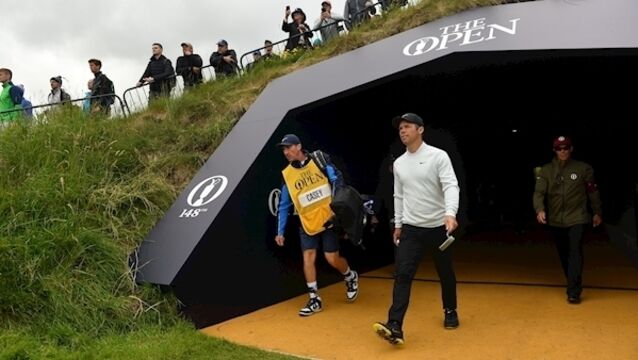 History seems to hang from every lamppost along the Causeway Coast. Drive through the villages and town lands dotted around Portrush this week and there’s scarcely a pole devoid of a Union Jack or an Ulster Banner.

Secret expenses: EU ruling on MEPs’ cash is a scandal

Democratic Unionist representative Ian Paisley has avoided the ignominy of being the first MP to lose his House of Commons seat under legislation — known as the petitions device — introduced after a parliamentary expenses scandal some years ago.

Ian Paisley suspended from House of Commons and DUP

The DUP's Ian Paisley will be suspended from the House of Commons for 30 sitting days from September 4 following a major breach of parliamentary rules, MPs have confirmed.

The DUP&rsquo;s Ian Paisley begged his constituents to retain confidence in him during an emotional apology in the British House of Commons for a major breach of parliamentary rules.

Sinn Féin vice president Michelle O'Neill welcomed a Westminster debate, describing it as a "first step" on the road to abortion reform in the North.

Ian Paisley accused the bloc of trying to blackmail and bully Britain as he asked an impassioned question in the Commons.

A member of the DUP has indicated his party could have supported an amendment to the UK’s flagship Brexit legislation guaranteeing the rights of people in Gibraltar.

Northern Ireland Secretary James Brokenshire has said he does not intend to appoint ministers to take political control at Stormont as he moved budget measures with the "utmost reluctance".

The PSNI insisted chief constable George Hamilton was an invited guest and made no financial contribution at the North Antrim event hosted by MP Ian Paisley on Thursday night.

Theresa May's minority British Government was accused of "running scared" after allowing a second Labour-led motion to be approved by MPs.

A DUP MP has said his party could support a Labour motion in the British Houses of Parliament calling for an end to the public sector pay cap in the UK's NHS.

A man has been arrested on suspicion of drugs offences after a 19-year-old woman died.

Three men arrested by detectives investigating the murder of a father of five in Co Antrim have been released.

Catholics living in Northern Ireland have called for a return to direct rule to end the political chaos, a senior British Conservative MP has said.

Leslie Williams&nbsp;experiences Ireland&rsquo;s oldest distillery &ndash; Bushmills in Antrim. Plus he visits the top tourist sites along the way.

A man in his 30s has been shot in the back during an attack in Co Antrim.

Stormont’s Finance Minister has insisted he has no questions to answer over a party colleague’s controversial contact with a witness to an inquiry examining Northern Ireland’s biggest property deal.

Sinn Féin has said it is disappointed after a councillor and 17 activists quit the party.

Sinn Féin has suspended a party member after he allegedly made contact with a witness to an inquiry into the North's largest ever property deal.

Sinn F&eacute;in has suspended a party member after he allegedly made contact with a witness to an inquiry into the North's largest ever property deal.

A former Sinn Féin Assembly committee chairman has resigned following allegations that he communicated with loyalist Jamie Bryson before he gave explosive evidence about the Nama property deal.

A new talks process is about to begin at Stormont to determine the shape of the new power-sharing government.

Negotiations on the shape of the North's new power-sharing government are expected to begin tomorrow.

Tim McNulty gearing up for return in Galway International Rally

McNulty, the first driver to win both National and Irish Tarmac titles in the same season, will make a competitive return to rallying on next month&rsquo;s Corrib Oil Galway International Rally.

A Northern government official’s refusal to appear before a probe into the On The Runs (OTRs) scheme for fugitive IRA members will fuel fears of a cover up, an MP said.

Stunned neighbours of a man shot dead in the North have spoken of their horror at the killing.

A cigarette factory in the North is to close with the loss of almost 900 jobs.

Businesses in bid to stub out Government’s anti-smoking measures

Antrim hurling manager Kevin Ryan has launched a furious attack on the Ulster Council after it brought forward the starting time of the Ulster U21 HC final to accommodate a club reserve football match.

A 71st minute goal saw Offaly rob victory at the death with a two-point win over Antrim in the All-Ireland SHC qualifiers at Ballycastle this afternoon.

Tipperary to face either Galway or Kilkenny in hurling Qualifiers

The 2010 All-Ireland Champions Tipperary will meet either Kilkenny or Galway in Round 1 of the All-Ireland Senior Hurling Qualifiers.

Giro agony for Martin as crash ends his race

The race is only one stage old but already it&rsquo;s a case of what might have been for Ireland&rsquo;s big hope in the Giro d&rsquo;Italia as Dan Martin crashed out of the race after just 15 minutes in last night&rsquo;s opener in Belfast.

My wife is a relaxed and easy-going person, yet two simple words can instantly produce what I call &lsquo;the look&rsquo;.

Games have never been as available or free as some think

The Heaney house on the Fair Hill in Maghera wasn’t exactly a palatial spread, but it did the job.

Dublin’s hurlers and footballers could be taking centre stage in Croke Park on St Patrick’s Day in future, if the All-Ireland club championships are wrapped up in the calendar year.

The North’s First Minister Peter Robinson has accused his predecessor Ian Paisley of going down a “dangerous road” with his claims that the Government provoked one of the worst atrocities of the Troubles.

The Rev. Ian Paisley has effectively accused the Irish Government of provoking the 1974 Dublin and Monaghan bombings which claimed the lives of 33 people.

Royal Portrush officials were as flabbergasted as Graeme McDowell when they heard PGA of America president Ted Bishop suggest the Dunluce Links could become the first course outside the States to host the US PGA Championship.

Cycling can teach GAA a trick about peddling its wares

It’s about 9.30am on Sunday morning and our 16-seater bus has turned left onto the Via Borgo Palazzo in Bergamo.