Plastic-free costumes and pumpkin smoothies: Fun ways to have a green Halloween

Death, ghosts and serial killers: 10 books to curl up with for Halloween

Rosanna Davison opens up about friendship with Ukrainian surrogate Anastasiia

Alec Baldwin: Everyone on Rust set knows who to blame for Halyna Hutchins’ death
#Halloween
 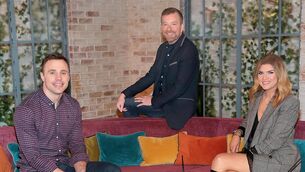