Elaine Loughlin: Giving others dignity while living and dying is the legacy Vicky deserves

‘We love her’: Vicky Phelan among guests on Late Late Show this Friday

Noel Cunningham: I took a financial blow when I was drinking, my life was out of control

Money Talks: Can I use a rental property as my pension?
#Vicky Phelan 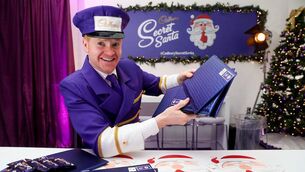 Cadbury's Secret Santa stalls popping up in Cork and other locations