St Brigid's Day: Things to do across the country over the long weekend
#Small Weddings
 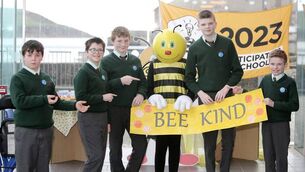