As Storm Barra bears down - where in Cork would you want to be locked into? 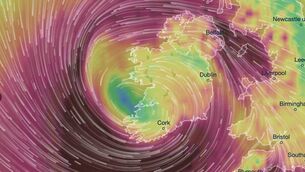 Storm Barra roars in with a red warning: 10 ways to prep your house for a winter storm