Explainer: What's actually in the PRIME drinks your kids are going mad for?

Work better and smarter with a four-day week 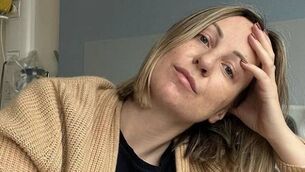