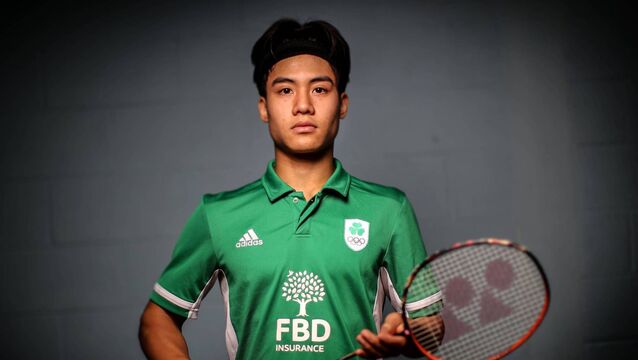 Badminton: Nhat Nguyen looking for 'best ever performance' as spot at Olympics confirmed

Nguyen, who turned 21 on Wednesday, finished 26th in qualifying - meaning he was comfortably good enough to compete in the 44-player men's singles. 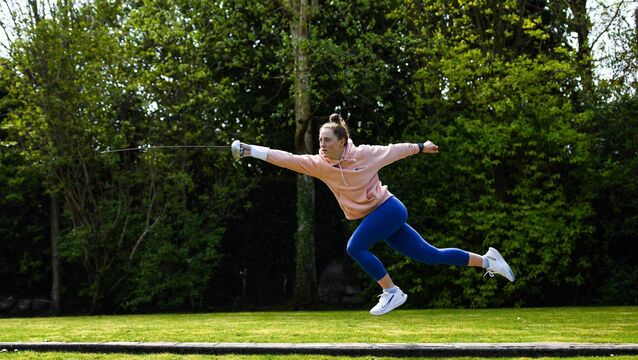 The Galway pentathlete, 27, finished 13th in her qualification group with 973 points to rank 21st among the 68 competing athletes 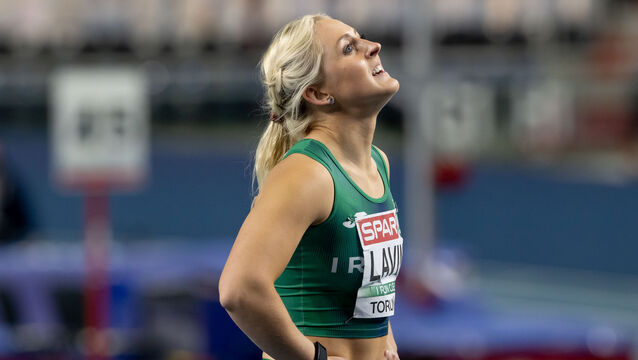 For Lavin the run boosts her Olympic qualification hopes but she was far from pleased with the time.

Alex Wright: Walking with a renewed purpose on the road to Tokyo

Its been an eventful 12 months for racewalker Alex Wright with the postponement of the Tokyo Olympics. The arrival of baby Holly has changed his focus and perspective - but all for the better.

Tokyo cornered into going ahead with Games, says Olympic official

Derval O'Rourke: I was asked right after an event at one Olympics ‘how bad was that?’

It was to prove to be a top-class competition with four competitors jumping championships records with the eventual winner, Georgii Margiev, of Russia eventually claiming the win

Thomas Barr admits he has concerns that the Olympics will be “imposing” on ordinary Japanese people when it takes place in Tokyo this summer.

There will be no substitute for long-time podium hopeful Michael Nevin, the 2019 European medallist’s withdrawal having been officially confirmed by the IABA

Tokyo represents the pinnacle of the sport for the Limerick woman but, in terms of long-term consequences, next week’s European Hockey Championships could have far greater impact on the health of the sport in Ireland

Russell White: 'It's like going through a ghost town rather than an airport'

Jenny Egan misses out on place at Tokyo Olympics

Derval O’Rourke: We must keep our Olympic expectations in check

The competing boats heading to Lucerne for the final Olympic qualifier are the Men’s Single, Lightweight Women’s Double and Women’s Four.

Scullion had never been an alcoholic, but the few times each year when he broke from his monastic lifestyle, moderation was nowhere to be found. The drinking, he could handle. The depths to which his thoughts sunk after? Not so much

The big interview with John Travers: 'Everything Jerry Kiernan said was what you needed to hear'

Sligo's John Travers only truly fell in love with athletics when Jerry Kiernan became his coach. Kiernan's straight talk had a way of connecting that got the best out of him. Covid-19 — as well as heartbreak over Kiernan's death — spoiled Travers' Euro hopes in March. But now it's all about the Olympics.

Whereas Healy is sitting pretty in terms of 200m qualification, the multiple Irish record holder is not yet on the ranking list for the 400m

Next up for Irish swimmers will be the European Swimming Championships in Budapest, Hungary from May 17–23.

Hill broke her fourth record of the week, adding to the 100m Freestyle and 100m Backstroke (twice) in style with a time of 25.19, knocking a tenth of a second off her previous best of 25.29.

In breezy conditions, Rio Olympic veteran Finn Lynch held the best chance of securing a third spot for Ireland at the Games

Hill, who broke three national records this week, overcame the disappointment of missing out on the Olympic Consideration Time (OCT) in the backstroke earlier this week to continue her strong showing

Sailing: Finn Lynch 'still in the hunt' for spot in Tokyo

Taking a knee set to be outlawed at Tokyo Olympics

'A very clear majority of athletes said that it’s not appropriate to demonstrate or express their views on the field of play, at the official ceremonies, or on the podium'

Ireland’s single-handed sailors seeking a place at the Tokyo Olympics this summer had a mixed day in Vilamoura, Portugal yesterday in the European Laser qualification regatta.

Four Irish swimmers have clocked up the Olympic qualifying time during the Irish National Team Trials in Dublin today.

Qualifying for the Olympics was meant to be the hard part

Government must not proceed with plans for congestion charge

Galway’s Sive Brassil is plotting a course for Tokyo

After a nine-hour drive across Southern Europe, Ireland’s Sive Brassil is aiming to plot a course for Tokyo as she steps up her bid for Olympic qualification over the next fortnight.

"The result is proof positive of our sailing programme supported by Sport Ireland - today demonstrates what is possible when you invest and plan long-term."

Following her superb indoor season, Nadia Power is well within the qualification cut-off on world rankings for the women’s 800m

After 13 months without full-strength competition, Ireland’s Olympic 49er skiff hopefuls made a strong start to the Spring Championship off Lanzarote this afternoon.

In an effort to break through to the ranks of world-class, Paul Pollock has all too often broken himself. Over the last eight years, the 34-year-old marathoner has spent as much time injured as he has healthy, his bones and his body all too often breaking down as he underwent the trial of miles. But the Belfast man knows, at his best, he can be right up there alongside the world’s best, writes Cathal Dennehy