Corban Walker's exhibition at the Crawford: 'I brought them down to my eye level'
#Cork Jazz Festival
 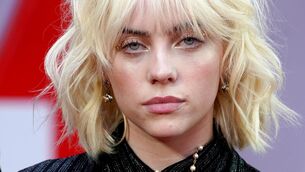