Theatre review: Letters of a Country Postman, by John B Keane, at the Everyman, Cork 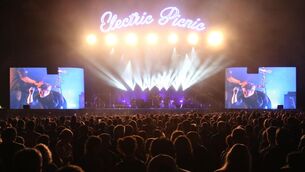