Seven of the biggest moments from Glastonbury 2022 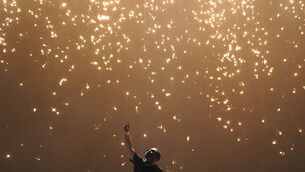