I tracked down my son's online bully and called his mother

Five things we learned at Westlife in Cork 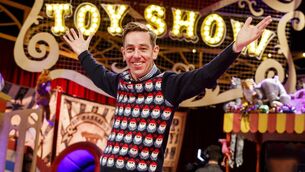